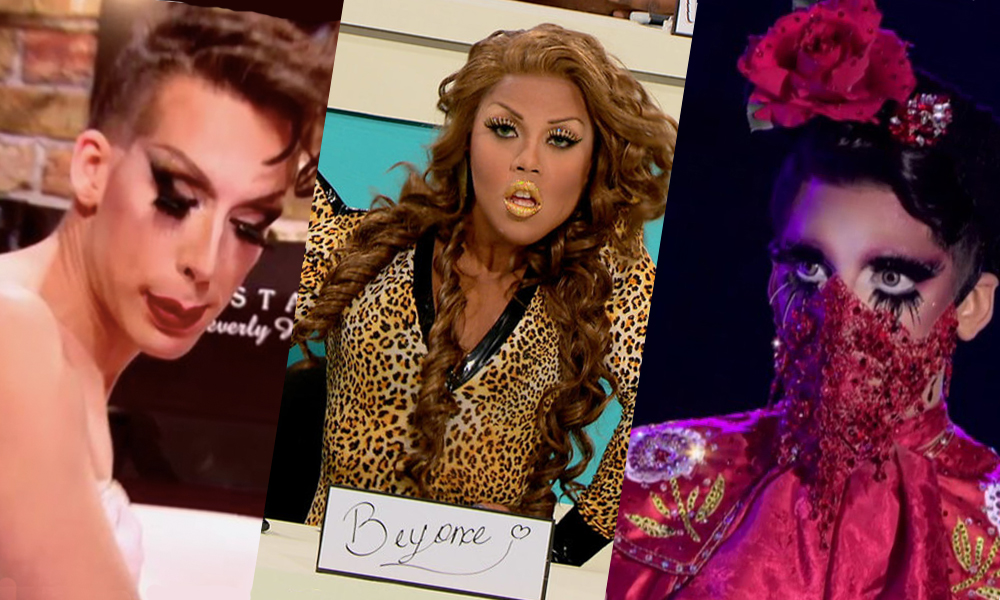 Is there something on my face?…

Watching RuPaul’s Drag Race is an emotional rollercoaster. From the highs of the entrances in the first episode, to the lows of when your favourite queen gets eliminated, Drag Race really puts us viewers through a lot. This list is for all the times when our queens made us cringe so hard we had to cover our faces, turn off our televisions, and pretend we didn’t know them for a while.

Here are 10 of the most cringe worthy moments in Drag Race herstory! 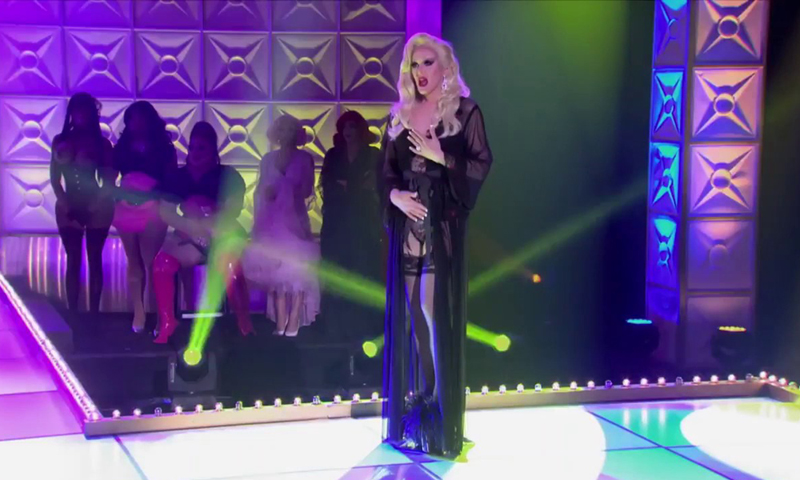 Is anything more cringe than watching a queen give up during a time where they should be working as hard to stay in the competition? During a Season 9 episode, Charlie Hides hardly moved during the LSFYL against Trinity Taylor. It also didn’t help that Trinity was pulling out all the stops during her performance. It’s a catastrophe so bad it makes you scream, “let’s go” at the screen. Charlie didn’t perform because she claimed, “it’s not what queens from her era did”, whatever that means. Needless to say, Charlie was sent packing that night. 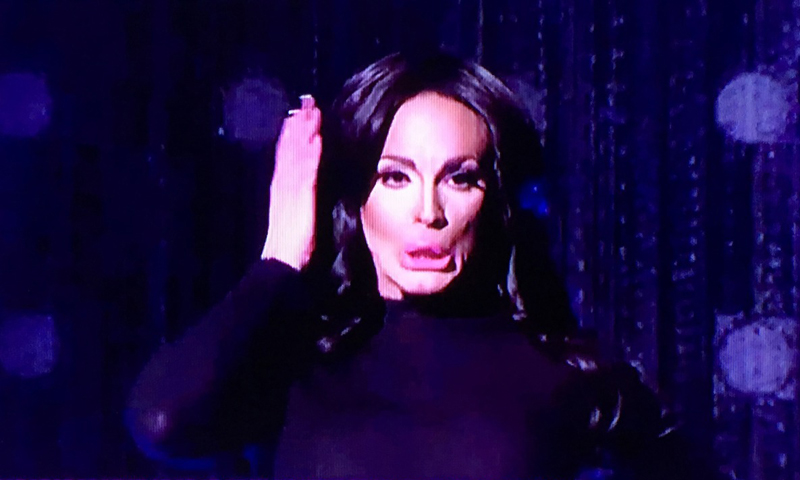 Picture this, you’re on RuPaul’s Drag Race, given a second chance, be cast as the lead in the season’s Rusical, and then not bother learning the words to the songs. That’s what happened when Cynthia Lee (CUCU) Fontaine took the stage as Kimberly Noël Kardashian. Not only was her look reminiscent of a pre-Kanye Kim, but she also seemed to have no idea what the words were, maybe it was the language barrier, maybe her cucu got in the way… nobody will ever know. All we know is that that particular musical was hard to watch for a number of reasons, but the worst of them was Cucu’s Kiki. 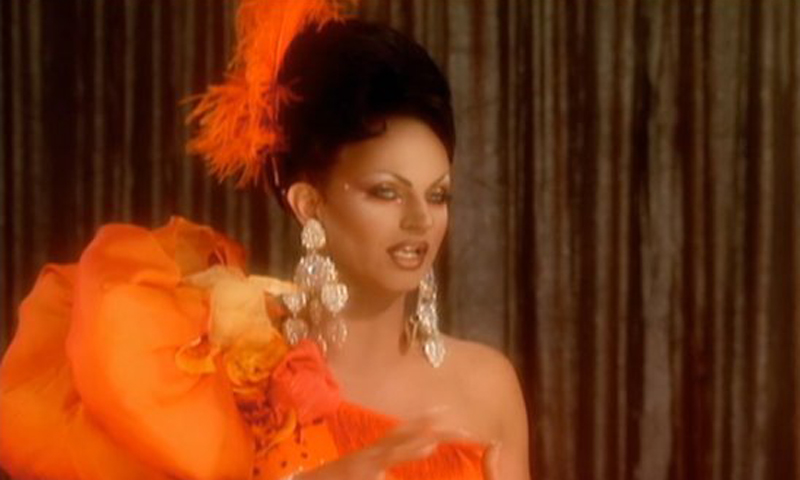 It’s pretty much a given that every season the queens are asked the heated question “who do you think should go home tonight?”. Usually it stirs the pot just enough to create a little bit of drama. However, during the inaugural season of Drag Race, Shannel decided she had enough of the competition and nominated herself for elimination because “she didn’t want to be there anymore”. In a moment I can only describe as a dream version of how I would imagine myself quitting my job once I won the lottery, Shannel left the competition, and left this cringe worthy television moment as her legacy. 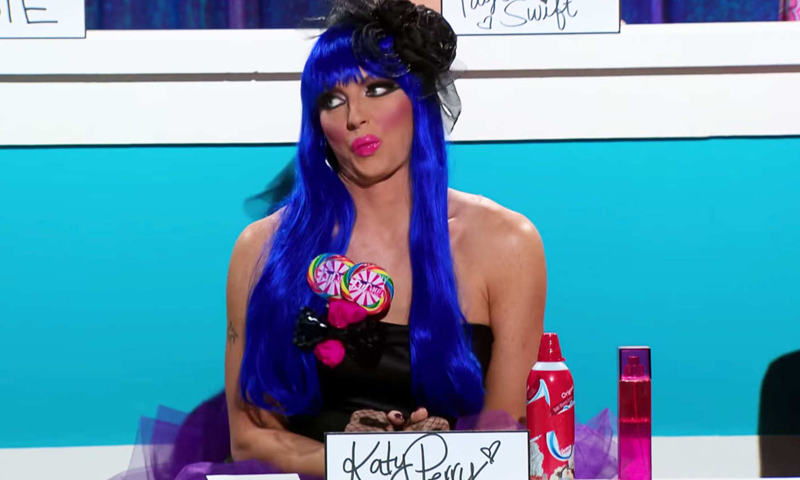 Though Alyssa Edwards is a fan favourite, and came back to deliver in AS2, nobody will ever be able to forget her botched pop queen Katy Perry during her Snatch Game performance. Ru continued to set up jokes, and Alyssa kept missing.

Watching any queen fumble is hard enough, but the fact that Snatch Game is such a pivotal part of each season made it that much harder to watch. Alyssa is so talented, and has gone on to have an incredible comeback on Drag Race, but even watching this one back years later is hard.

6. When a queen fails to make Ru laugh during the Snatch Game set up
(Every season) 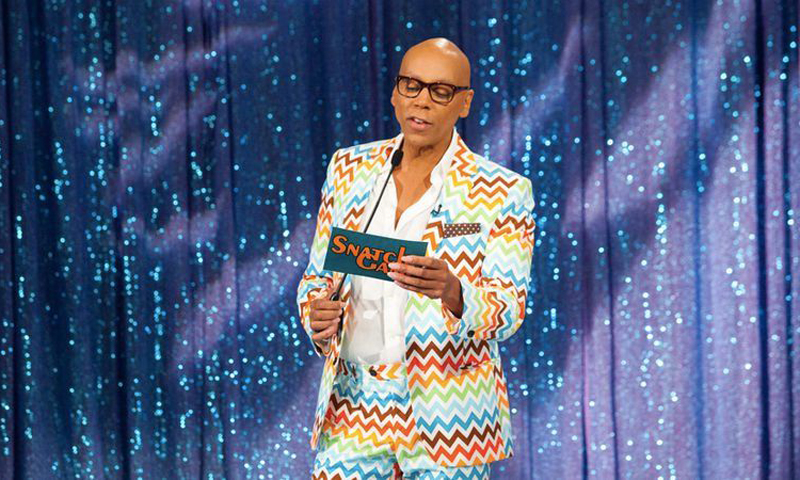 A lot of Drag Race’s most cringe worthy moments are born from comedy challenges. That’s why every season the Snatch Game episode you can usually count on at least one moment that will make you wince in horror. The werk room walk about is usually a time for the queens to wow Ru with their prepared Snatch Game characters. Sometimes things don’t go to plan. This is how we usually know we can expect to cringe. Ru asks for a sample of what’s to come, and doesn’t end up laughing. It’s then followed by that sound effect to let us know we’re watching a train wreck. The queen then questions their choice in character, their place in the competition, and all of their other major life choices. It’s hard for anybody to watch. But it’s a guaranteed cringe every season. 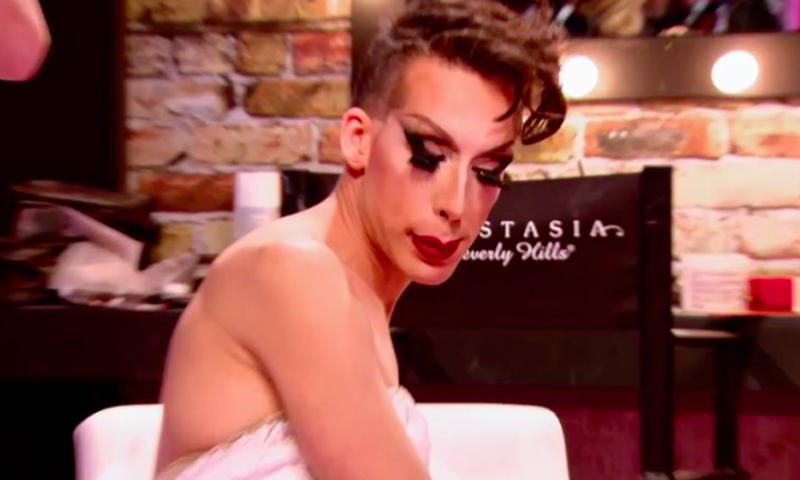 Alaska had a pretty flawless run on All Stars 2. She was on top almost every week and was pretty certain she would take home the crown. Nearing the end of the season Alaska slipped up during a challenge and was up on the chopping block. Back in the werk room before the lip sync/elimination Alaska, through a bit of a breakdown, suggested that she absolutely could not go home, and bribed fellow Rolaskatox member Detox with ten thousand dollars to save her from elimination. The moment caused outrange with fans that quickly swarmed to Alaska’s Instagram to leave snake emojis in the comments on all of her photos. It was so iconic she even made it part of her branding by making jokes about it… (FYI, Alaska reclaimed the snake way before Taylor Swift).

4. Any Queen that does Beyoncé for Snatch Game
(Season 2, Season 4 and Season 10) 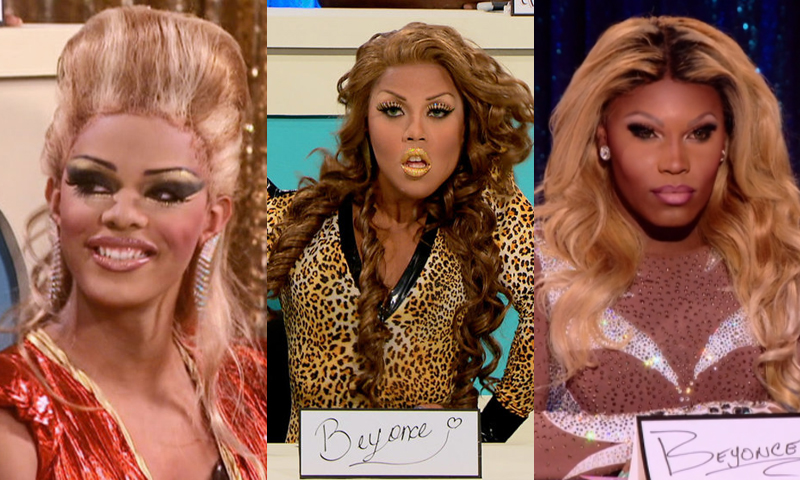 As I previously stated, any comedy challenge over the past 10 years have been full of cringe worthy moments, but there seems to be a celebrity impersonation that creates more cringes than laughs. Any time a queen tries to do Destiny’s favourite child Beyoncé in Snatch Game, they are usually met with crickets in post-editing. Sure, Queen B is disgustingly iconic, but the truth is, she isn’t that funny. So you could imagine that it would be quite hard to make someone who is as serious, as Beyoncé, a funny caricature of herself. Season 10 queen Asia O’Hara gave B her best shot, and despite fellow queen The Vixen portraying Blue Ivy in the same episode, Asia’s Beyoncé came off as mean spirited, and angry towards her child, so it was no surprise when her choice was met with heavy critiques on the main stage. Also see: Tyra Sanchez’s season 2 Beyoncé and Kenya Michaels’ Beyoncé in season 4. Yikes. 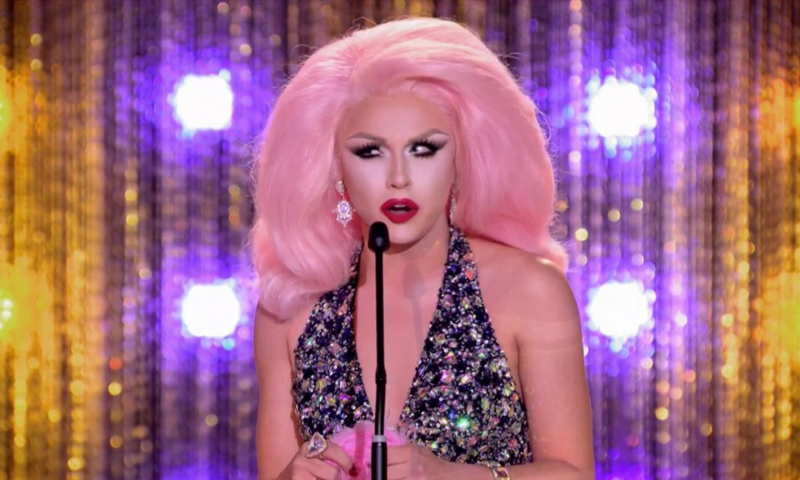 Another comedy challenge, are you surprised? Roasts are notoriously hard for even skilled comedians to pull off, so it’s not shocking that a lewk queen like Season Nine’s Farrah Moan had a little bit of trouble getting some laughs. It all started when sickeningly sweet Farrah mentioned she didn’t like making mean jokes during the writing segment. Despite receiving coaching from professional comedians, and RuPaul herself, Farrah’s roast was just mean with no funny. When her jokes failed to produce any laughter, Farrah was put up for elimination. 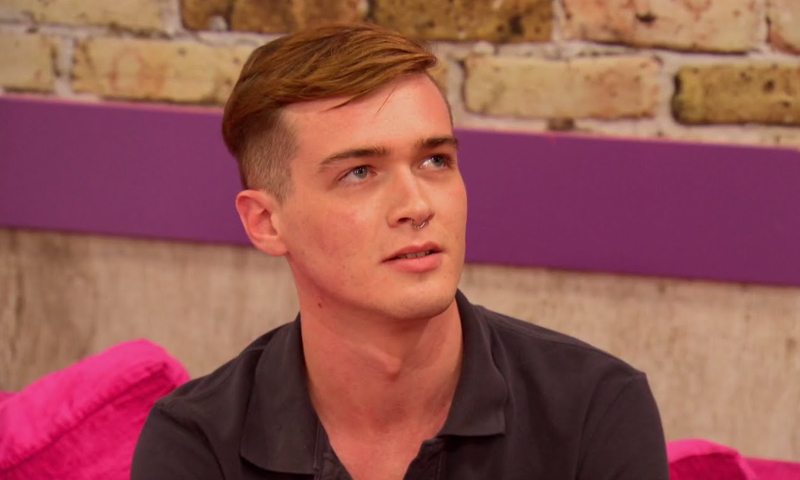 Season Seven’s Pearl was known for her flazédah attitude that seemed to rub the judges the wrong way. During Ru’s walk around the werk room before a award show challenge, she mentioned that Pearl “doesn’t have a big personality”. This then prompted one of the most uncomfortable moments in Drag Race HERSTORY. A semi-heated exchange between Pearl and Ru turned into a silent staring contest to which Pearl broke the ice by asking Ru if there was something on her face. Any Drag Race fan will remember this moment as the closest it felt to watching one of your classmates talk back to a teacher in third grade, knowing it would result in everybody getting in trouble. 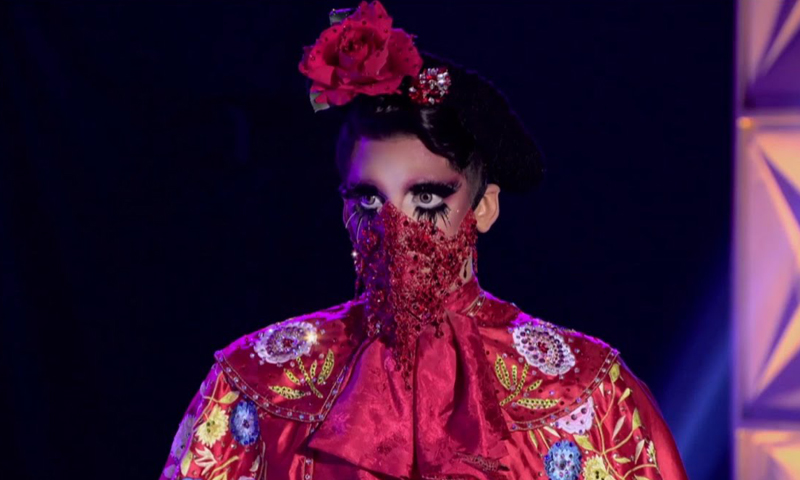 She was stunning, gorgeous, a supermodel, looked like Linda Evangelista, and many people thought she would take home the crown in Season Nine. That’s why it was so shocking when fan-favourite Valentina refused to take off her mask during her LSFYL it sent shock waves through the Drag Race community. When Ru and Michelle realized Valentina wasn’t going to use her mask for a reveal moment during the lip sync, Ru stopped the music and the most cringe worthy moment in Drag Race ever happened. It went as follows:

Ru: “Valentina, this is a lip sync for your life, we need to see your lips. Take that thing off your mouth.”
Valentina: “I would like to keep it on, please.”
Ru: “It’s a lip sync. What part of that do you not understand?”

Once Valentina took the mask off, not only did her lipstick look busted, but she also didn’t know the words to the song that week. This moment came out of nowhere, and a lot of fans were shocked to see such a strong competitor go. The moment was so cringe worthy it became instantly iconic, and even inspired fans to remix the audio and make songs.

The greatest thing about cringe worthy moments is that you can watch them over, and over and they never get any easier to watch. No matter how many times I watch Pearl ask Ru if there’s something on her face, or Valentina refuse to take her mask off, or a terrible Beyoncé impersonation I can never get through it without skipping over the scene, distracting myself with my phone, or covering my face completely. It’s the gift that reality television keeps giving, and with more seasons of Drag Race in the future, we can guarantee we’re going to cringe with our favourite queens for a little while longer.