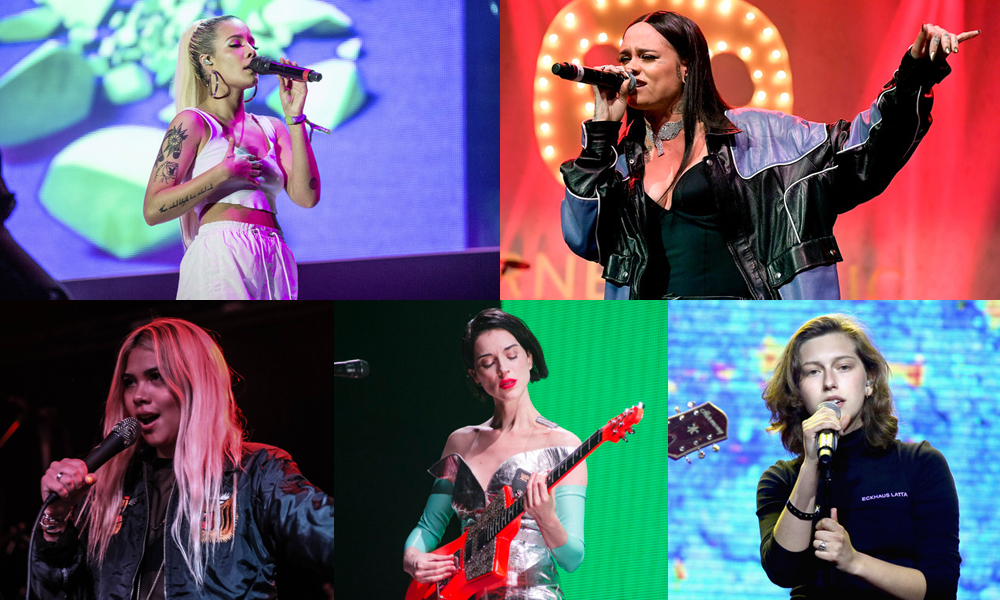 These artists are singing about love in all its forms…

Love is, by far, the most common theme in music. People love to sing about falling in love, fallout out of love, unrequited love, heartbreak and everything in between. That being said, many of the most popular songs refer exclusively to heterosexual relationships. That leaves queer music lovers feeling a little left out. While there have been some popular songs about same sex love and experimentation, it can border on stereotypical and sexualized. For example Katy Perry’s “I Kissed a Girl” is the musical equivalent of two girls kissing in a bar to get guys to pay attention to them.

Recently, Bebe Rexha, Rita Ora, Cardi B, and Charli XCX released a song called “Girls” that touches on girl-on-girl love, but fans weren’t really impressed. With lyrics like “red wine, I just wanna kiss girls, girls, girls”, and “I ain’t one sided, I’m open-minded/I’m fifty-fifty and I’m never gonna hide it”, the song was criticized for fetishizing girl-on-girl relationships and making them sound like a fun thing to do while drunk. Ora apologized for the lyrics, saying they were based on her personal experiences, but she could still stand to learn a little from a few of these pop stars who are queer and proud to sing about it without resorting to cliches.

Halsey
Halsey has been open about her bisexuality since her music career started to take off after the release of her first album, Badlands. The music video for one of her first singles, “Ghost”, shows her in relationships with a both a man and a woman and she continues to write lyrics that represent her experiences. Her single “Strangers”, a duet with Lauren Jauregui, who is also bisexual, focuses exclusively on a relationship between two women. Her record label wanted her to do the duet with Katy Perry, but Halsey refused saying “I’m not putting an artist on this song unless they’re f***ing gay.”

Halsey, who is in a relationship with rapper G-Eazy, has been outspoken on Twitter about how people can’t seem to wrap their minds around bisexuality. ”So if I’m dating a guy, I’m straight, and if I date a woman, I’m a lesbian. The only way to be a #True bisexual is to date 2 people at once.”

Kehlani
Kehlani was only 16 when she auditioned for America’s Got Talent with her band Poplyfe. They ended up finishing in fourth place, but she left the band soon after. She struggled to make ends meet for awhile before releasing her first mixtape Cloud 9. From there, she started opening for bigger acts like G-Eazy and Demi Lovato and collaborating with artists like Eminem and Chance the Rapper. Many of her songs, such as “Honey”, put the focus on girl-on-girl love with lyrics like “All the pretty girls in the world, but I’m in this space with you.”

After a lot of speculation about her sexuality, Kehlani attempted to clear up any question on the matter by tweeting, ”I’m queer. Not bi, not straight. I’m attracted to women, men, REALLY attracted to queer men, non binary people, intersex people, trans people. lil poly pansexual papa hello good morning. Does that answer your questions?” When fans pointed out that her definition of bisexual wasn’t exactly accurate, Kehlani was receptive to the criticism and open to learning, tweeting, “I retracted my queer tweet because I am being corrected about the way in which i listed the gender spectrum and i’m super super sensitive to being offensive especially when I’m only trying to appreciate. Point is, I love love, and that love lies in every gender there is.”

Hayley Kiyoko
Fans have dubbed Hayley Kiyoko “Lesbian Jesus” for a reason. Most of her songs focus on lesbian love and she is highly involved in the conception and production of her music videos, directing many of them herself, so she can ensure that they are sending the message she wants to send. For example, the video for “Girls Like Girls” portrays a girl with a crush on her female friend. Another one of her singles “What I Need”, a duet with Kehlani, includes lyrics like “I only want a girl who ain’t afraid to love me/Not a metaphor of what we really could be” and the video portrays two girls who have feelings for each other despite what their families might think.

Her debut album “Expectations” was released in March of this year and with it Kiyoko started the trending hashtag #20GAYTEEN in an effort to put LGBTQ love in the spotlight. She takes her position as a role model very seriously and isn’t afraid to be honest about who she is telling Harpers Bazaar, “Personally, I love the fact that I love girls. That’s who I am. So that’s not something that I’m ashamed of.”

St. Vincent
You may recognize Annie Clark, aka St. Vincent’s name thanks to a couple of her higher profile romances with Cara Delevigne and Kristen Stewart, but she’s actually a talented—and successful—musician too. Her first album was released in 2007 and she’s released four more since then winning the Grammy for Best Alternative Album in 2014 for her self titled fourth album. She has been described as a private person and her lyrics touch on a number of different things from politics, to social media voyeurism, to fame, to kink.

While St. Vincent doesn’t write about LGBT love as blatantly as younger queer pop stars, she is a reminder that no one’s sexuality should be assumed. When asked during an interview with Rolling Stone whether she identified as gay or straight, Clark responded, “I don’t think about those words. I believe in gender fluidity and sexual fluidity. I don’t really identify as anything. I think you can fall in love with anybody. I don’t have anything to hide but I’d rather the emphasis be on music.”

King Princess
One of the newest to the business, 19-year-old Mikaela Straus, or King Princess is making waves with her ballad “1950”. Lyrics such as “I hate it when dudes try to chase me/But I love it when you try to save me/’Cause I’m just a lady“ are emphasized in the music video where she is in a relationship with another girl. When it was released, Straus explained the meaning behind the song which was inspired by Patricia Highsmith’s book The Price of Salt, “Historically a publicly unaccepted but incredibly rich culture, queer love was only able to exist privately for a long time, expressed in society through coded art forms. I wrote this song as a story of unrequited love in my own life, doing my best to acknowledge and pay homage to that part of history.”

Straus has only released one EP of five songs so far (her second single “Talia” is also about lesbian love), and it’s important to her going forward to be both a part of the LGBTQ community and a role model for the LGBTQ community. “You find these role models who best represent your values but might not necessarily be queer,” she says. “It’s true that these ‘gay icons’ are extremely important, but now it’s time to bring in those who are actually from the LGBTQ community.” 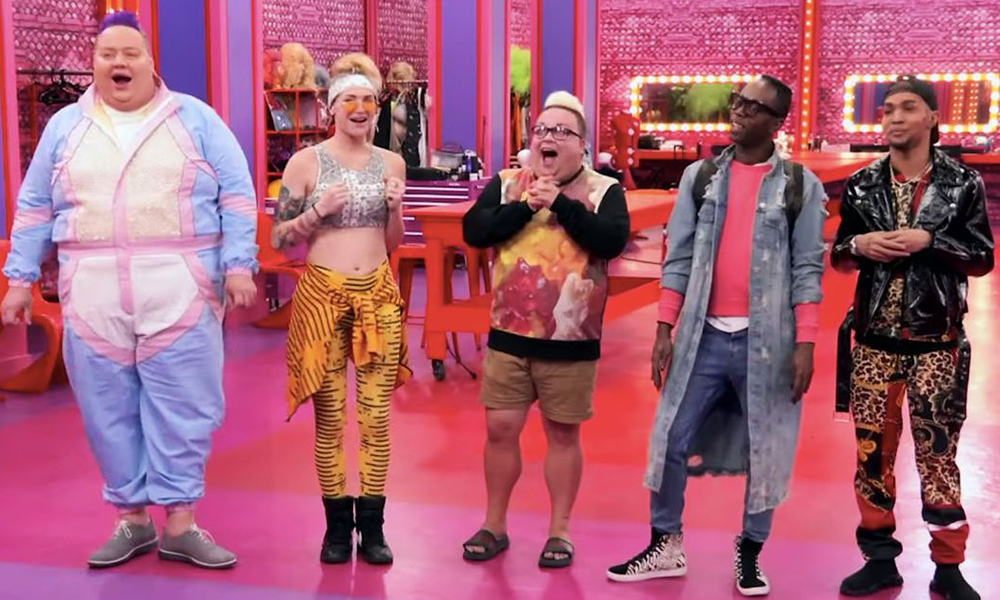 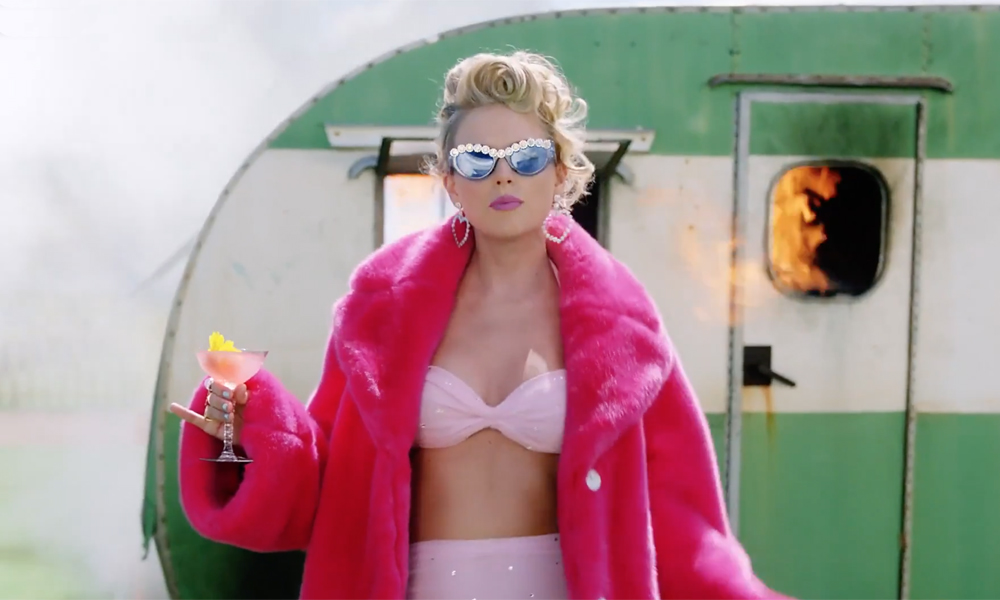