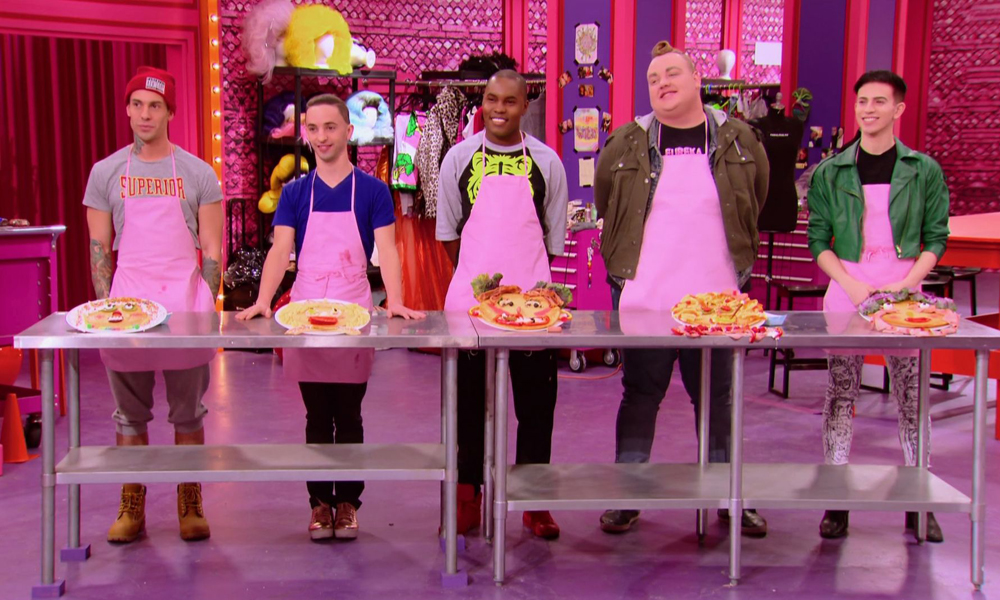 It’s been two weeks since we’ve last seen our final five after Monét X Change’s elimination, can you even believe? The competition is really heating up as we make it closer and closer to the final, and the girls are definitely feeling it. Following the elimination, the couch-tea-kiki started with the girls reminiscing on their time with Monét, and just how much each of them would miss the queen of sponges. Kameron revealed she felt terrible that she had to send another competitor home, and hates being the one to wipe the lipstick message away because of it. In the confessional, Asia explained that this is all part of the competition, and if she doesn’t want to play the game, she should probably leave. (Way harsh Tai, but true and valid). In a fitting tribute, the queens found a rogue sponge from Monét’s week one lewk and used it to wipe away her message. After congratulating Miz Cracker on her first, and well deserved win from the drag family challenge, Asia thinks that Cracker has what it takes to be America’s next drag superstar. 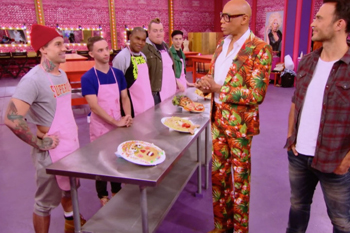 The following day in the werk room, the queens gathered to bask in the glory of making it to the top five for exactly two minutes. They briefly discussed what they all looked like the first time in drag, and honestly, we’re going to need a full hour roundtable on this ladies. It wasn’t long before Ru entered the werk room to propose this week’s mini challenge. Along with actor Cheyenne Jackson, Ru revealed the girls would have to make characters out of pancakes, and a very confusing buffet of toppings, and present it to Cheyenne Jackson to judge. So… I guess we’re not getting puppets this season? After the queens had 15 minutes to get their pancakes into quick drag, it was time for the judging. Jackson, who took bites of the pancakes that were approximately 1/16 of the size of a regular bite, declared Asia O’Hara to be the winner of the challenge (though I personally thought Aquaria’s obscure Pan’s Labyrinth reference pancake killed it). It was then revealed that Cheyenne and his husband have recently become fathers to twins, and there’s the tie in for this week’s maxi challenge.

This week’s maxi challenge was all about taking your most negative attributes, and walking them down the runway. The category is Double Trouble, and the queens are to present the judges with two separate looks. The first being themselves in their best and brightest drag. The second however, was a representation of their deepest, and darkest insecurities about themselves, complete with voice-overs and parent trap style filming. While the girls were working on their lewks, Ru did the walk-around to make everybody question their whole existence, including myself help everybody overcome their personal obstacles, and push them further in the competition. Ru told the girls that a way she gets over her inner saboteur before performing was to pretend that she was just performing in her mother’s living room. Kameron’s inner saboteur was her shyness, Cracker’s was being too controlling and needed to let go, open up, and be more vulnerable. It was Aquaria however, that had the most relatable inner saboteur. Imposter Syndrome is something any early 20-something, who is good at what they do has experienced. And if you haven’t, you’re lying to yourself. It was a rare moment to see Aquaria open up and go deeper than the surface level we’re so used to seeing her at. Although her original saboteur idea was too watered down for Ru’s liking, there was something there that we knew would make it out on the runway later on. Upon leaving the werk room, Ru’s own evil twin made an appearance, because she deserves to be part of the fun too! Rude Paul was actually just Ru Paul in an Adidas tracksuit, and one of Detox’s wigs. We’re still here for it though. While Cracker was experiencing issues with her sewing machine while making her evil twin lewk, Eureka came to her defense and stated that it wasn’t a sewing challenge, and she should just use things she already had in her closet. Eureka was just trying to be helpful, but it only made the very planned, and calculated Cracker spin further into the abyss.

This week’s guest judges were singer Ashanti, and writer, actor, director, Lena Dunham. The girls each presented their good, and evil looks on the runway together with the help of some editing in post production where they had to react to what their other half was saying in the voice-over…oh great, another acting challenge. The only thing I could focus on during the runway was how long the shoot day must have been, for this seemingly unnecessary detail. Kameron was first out and delivered a cosplay ice queen warrior princess duo, that was a bit too Party City for the judges. Eureka followed with a Cher Horowitz meets Divine ensemble that really worked for the characters she was trying to portray. Miz Cracker stunned with a Marie Antoinette look for her good look, but left the judges a little confused when her evil twin was dressed as a cavewoman queen? Not Cracker’s original plan, but she was rolling with it, and we admire her for it. Aquaria delivered high fashion, as per usual, and her voice-over went deeper than we were all expecting. Later on, Ru would tell the other judges Aquaria’s look ranked in her Drag Race top 10 runways of all time, a true honour for the couture queen. Asia O’Hara came out first in a predictable bedazzled body suit, but it was her shockingly different evil twin that really stole the show. Both O’Haras were safe this week, and Aquaria took first place as the winner of the evil twin challenge. Thus leaving Kameron Michaels in the bottom the third week in a row, and Miz Cracker lip-syncing for her life for the first time.

Kameron and Cracker performed to Vanity 6’s “Nasty Girl.” The lip sync was more focused on Kameron’s floor routine, and we all sadly knew how this was going to end. Kameron’s slight acrobatic edge won her the lip sync, sending Cracker home without a real fighting chance to keep her spot in the competition. I think we can all agree that it didn’t feel like the right time for Cracker to leave, but we all know this isn’t the last we’ll be seeing of her. What can I say? I’m #Salty4Cracker. 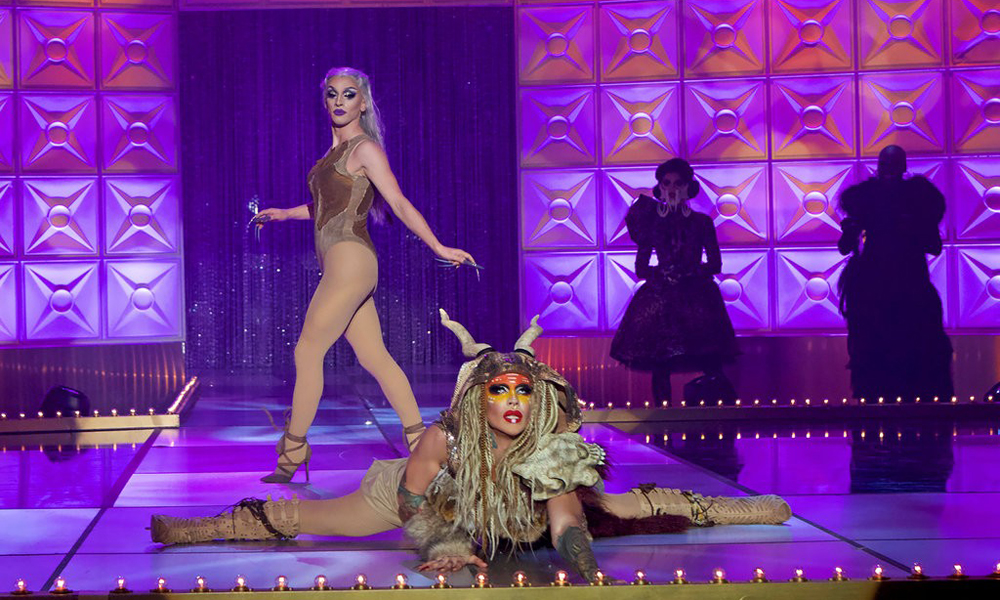 Takeaway from episode 11:
The only consistency that mattered this week was consistency in the bottom.

Aquaria’s health tip of the week:
“If you pee clear…CHEER!”

What we’ll see next week:
Singing, dancing, Todrick Hall. What queens will make it to the final episode? 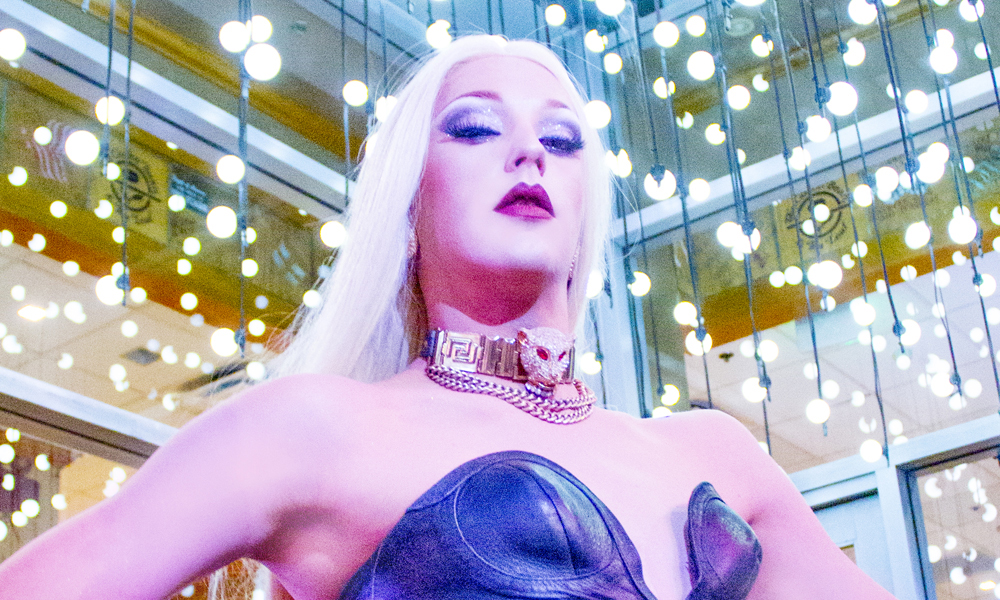