Skip to Content
Home / Entertainment / Halleloo: The Evolution Of Shangela 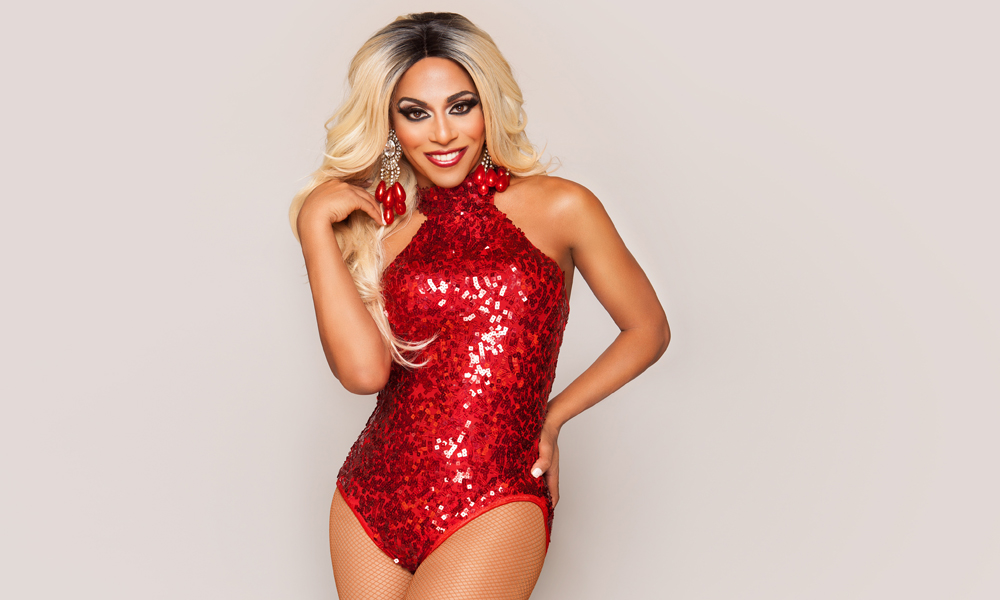 Halleloo: The Evolution Of Shangela

The beloved drag queen talks about All Stars 3, queens she admires and acting alongside Lady Gaga…

Shangela is back, back, back again! Not that she ever really went anywhere. The beloved drag queen returned to RuPaul’s world for her third shot at a crown when RuPaul’s Drag Race: All Stars 3 premiered earlier this year. And, while the workroom might not have changed, Shangela definitely has.

Shangela Laquifa Wadley (aka D.J. Pierce) first burst onto the scene during the second season of RuPaul’s Drag Race. Unfortunately for Shangela, she was sent packing in that first episode, but she impressed Mama Ru and the producers enough to be asked to return as a surprise contestant after she auditioned for the series’ third season, where she finished in sixth place.

Her makeup and wardrobe were questionable when we first met her, but she had an undeniable fire, which quickly turned her into a fan favourite. And then there was that iconic monologue about not having a sugar daddy in an episode of Untucked, the Drag Race after-show. It’s the moment that really cemented Shangela in Drag Race herstory.

While so many of the show’s early queens seemed to slide off the map, Drag Race fans got a front-row seat as Shangela continued to up her makeup skills and wardrobe. We watched from season to season as she reappeared to be eaten by drag queen zombies in the ’hood (Season 4) or popped out of Jujubee’s body (All Stars 2) or her many season finale audience appearances. We watched baby Shangela grow up into a well-rounded queen—and thank God for that.

“Anyone who saw Season 2 can look at me now and say she learned how to put on a snatch of makeup and look nice,” Shangela told IN by phone before she hit the stage in Houston with fellow queens Valentina, Detox, Kim Chi, Kennedy Davenport, Peppermint and Violet Chachki for the ongoing Werq The World Tour. “I don’t consider myself the best at anything, but I can say that I have worked the hardest. And look at me now…. I’m a grown-up drag queen!”

It was only a matter of time before the grown-up drag queen came back to the workroom for more. But why did she say yes…

“Why say no? It’s RuPaul’s Drag Race!” Shangela laughed. “It’s a thread of our LGBT community and I’m so happy to be a part of the legacy. And, honey, I haven’t won the crown yet and I deserve it!”

Shangela admitted she was a little intimidated coming back for All Stars 3, but was quick to point out that the experience was filled with excitement, and she had her fair share of memorable moments.

“My favourite moment was getting a full Ru-demption in front of Vanessa Williams! In the second episode!” Loyal fans will remember that Williams was a guest judge on Season 3 and a witness to Shangela’s epic ‘Christmas-Couture’ runway fail. “In that episode I was on cloud nine with my Mariah performance, I slayed the runway inside that plastic ball and then I won the lip-synch…all in one episode!”

As for who she really admired during this round of All Stars, Shangela dropped two names: Kennedy Davenport and Trixie Mattel.

“Kennedy has been in this industry for almost 20 years and still has the energy and excitement for it. That’s definitely admirable. And Trixie Mattel has done some incredible things since Drag Race,” she said. “But I think that anyone who steps in that room is someone to be admired. Everyone is to be admired for their own unique talent.”

Outside of this season of All Stars, Shangela talked at length about her admiration and fondness for so many of her fellow Drag Race queens. But, she emphasized, there are three in particular who mean a lot to her as she’s grown in the industry.

“Alyssa [Edwards] and I are so close and I’ve always looked up to her as a role model from Day 1,” she said. “I love Bianca Del Rio! I think her work ethic is so strong. She’s travelled the world, and we’ve swapped secrets and she’s really encouraged me through the years. I really admire her a lot. And Willam [Belli]. He’s someone who has worked in music and television and has had so much success online with his YouTube series and travelled the world and written a book. I really, really look up to them.” 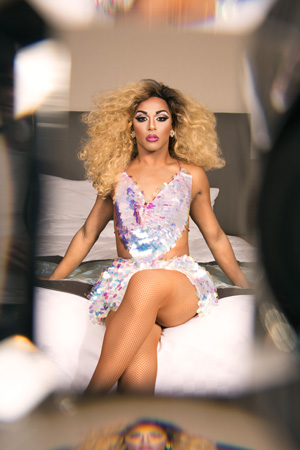 Of course, Shangela has plenty of talent herself. Like Bianca and Willam, she’s been working as an actor since originally leaving the Drag Race stage, with scripted television appearances in Dance Moms, Glee, 2 Broke Girls, Community, The Mentalist, Bones and The X-Files. She’ll be making an appearance in Bianca’s independent comedy Hurricane Bianca 2 later this year, but another big screen appearance is bound to boost her onscreen credentials.

A Star Is Born, starring Lady Gaga and Bradley Cooper, is scheduled to hit theatres in October, and Shangela will be making an appearance in the full-bodied take on one of the most oft-made films in the Hollywood canon—see also the 1937 original with Janet Gaynor, the 1954 Judy Garland version, and the 1976 rock opus with Barbra Streisand. Shangela plays a drag queen MC and bar owner, sharing scenes with both Gaga and Cooper. Essentially Shangela portrays Gaga’s drag mother.

“I was very thrilled to be working alongside Gaga. She was a true professional and made everyone feel so comfortable on set,” Shangela told me. “We got to have some serious girlfriend time between takes. We talked about costumes, and music…. I tried to get some Beyoncé tea outta her! [laughed] But, ultimately she was exactly what you would hope someone you admire would be like. She was an angel and an inspiration.”

When I mentioned that she herself is an inspiration for a lot of fans watching the shows, she paused. And shared this:

“Well…I’ll tell you this. I’m a person who has gone through the ups and downs of life. But what I’ve found is that life is a lot more fun to navigate if you have a good, positive attitude about where you’re going. No matter how many times you get knocked down, and I’ve been knocked down a number of times, but I’ve never given up on myself.”

So what’s next for Shangela?

“Oh honey! I’m the working girl and have always got something brewing! I’m living my best life with the experience of All Stars 3. Right now I’m connecting with the fans and continuing on this tour with 62 more cities between now and June, travelling the world from Los Angeles to Tel Aviv. And I’m working on new music. There’s a lot of fun stuff in the pipeline and I can’t wait to experience what’s next with my fans.”

I think it’s safe to say that they can’t wait to experience it all with her.

CHRISTOPHER TURNER acted as guest editor for this issue of IN magazine. He is a Toronto-based writer, editor and lifelong fashionista with a passion for pop culture and sneakers. Follow him on social media at @Turnstylin.