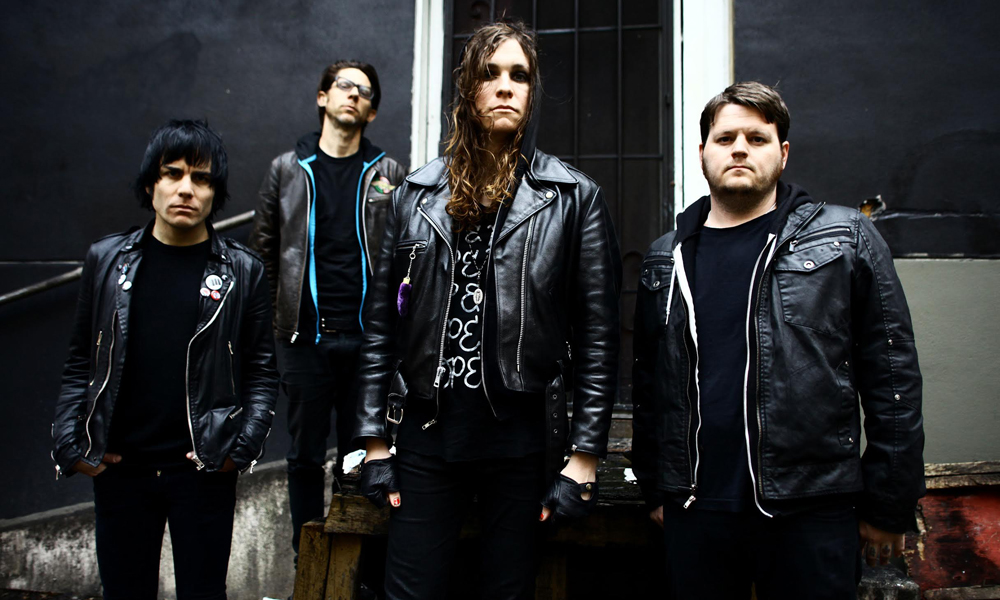 When Laura Jane Grace started writing the songs for Against Me!’s latest album, she had no idea it was going to represent a massive, public life change…

When Laura Jane Grace (pictured in front) started writing the songs for Against Me!’s sixth album, she had no idea it was going to represent a massive, public life change. In fact, at that point she wasn’t even called Laura Jane Grace; she was Tom Gabel, a male punk-rock singer with a wife and a child. But she had been suffering from gender dysphoria for years, and it seemed like this time, whether she liked it or not, her creative process was pushing her to reveal everything she’d been going through, and who she really was.

“I was locked in depression and unsure of what to do,” she says. “And as I was writing, the songs kept being about gender dysphoria. I didn’t want to out myself, but it became apparent that that’s what I feel really strongly about, in my art and personally, and everything kind of came together. And then writing and playing the songs became a real outlet to deal with the stress and fear.”

The result was Transgender Dysphoria Blues, an album that addresses the issues involved in being transgendered, hiding it, accepting it and going public with it, in songs like “Drinking with the Jocks” and the anthemic “True Trans Soul Rebel.” And if Grace was worried about how people would respond, it looks like she needn’t have. It’s the band’s highest-charting album to date. “It’s been a really positive response,” she says. “I can’t ask for anything more.”

It probably doesn’t hurt that Grace is a punk singer and not, say, a country one. “Sure, but the punk scene is fragmented,” she says. “When I got into punk, the bands I was into were singing about smashing gender roles, fighting capitalism and things like that. I was really into the activist side of punk. But there are other sides, and some aren’t that open and accepting. In general, though, rock is more progressive than country. It’s always had that blurring of gender roles—I mean, David Bowie is a perfect example. And that’s what appealed to me. I started out listening to ’80s hair bands—I remember seeing pictures of Poison and thinking, ‘I cannot tell if that is a boy or a girl.’

And something about that was very appealing.”

Fortunately, Grace’s bandmates have been supportive. “It was surprisingly easy,” she says of breaking the news to them. “It was a surprise, but it probably gave them insight into the kind of person I was, or why I would react in certain ways in certain situations. Everyone was supportive. It was like, ‘OK, this is this and I’ll see you at practice.’”

Grace’s voice has always been a distinctive part of Against Me!’s sound, and she has no plans to change it. “I feel totally comfortable with my voice,” she says. “I mean, it’s fucked up most of the time because I’m up there screaming for an hour and a half every night, but it kind of changes in ways all its own. If you listen to our first record, I sound nothing like the way I sound right now.”

Against Me!’s lyrics are important—to the point where the words come before the music in the songwriting process.

“My theory is that you’re really limited by the number of chords that exist,” Grace explains. “You reach this point playing guitar where you feel like you’re writing the same songs over and over because there are only so many chords. There’s going to be repetition, that’s the way it’s always been for every band. But there are infinite combinations of consonants, vowels, cadences and sentence structures. If you’re trying to fit the words inside a chord structure, you’re limited to the confines of that structure, whereas if you try to fit the chords around the words, you’ll get different and better results. I’ve always been drawn to bands that are more about lyrics. It has to actually say something for me to feel engaged.”

Now, Grace is using her high profile to open doors for others. She’s working on a book based on tour diaries she’s kept virtually since Against Me! formed in 1997, as well a documentary TV series for AOL Originals. “Some people have been pitching it as reality TV, which I feel is misleading,” she says. “It’s a chance to have conversations with people I’ve met at shows or through Twitter or whatever, or people I’ve admired from afar, about gender and their journey to becoming who they are. It’s cool in that it’s less focused on me answering questions and more on me asking other people questions for a change.” 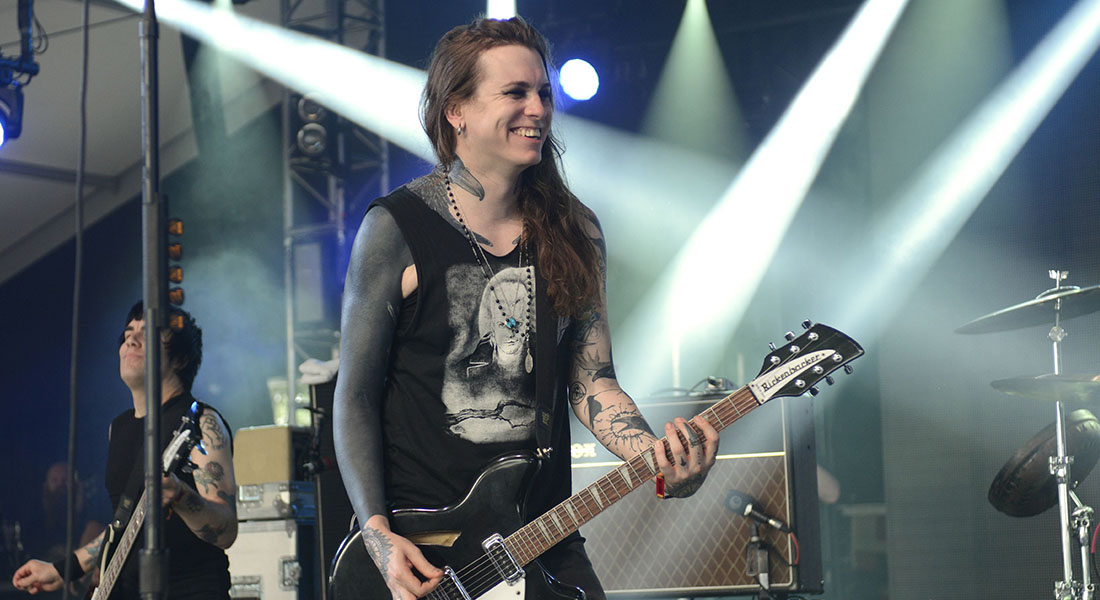