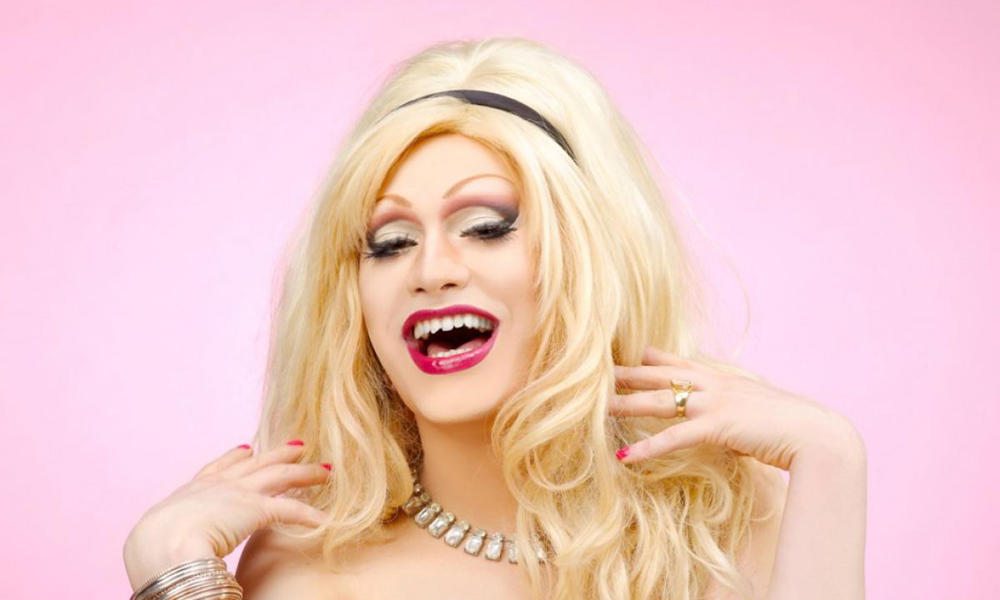 We catch up with Seattle-based queen Jinkx Monsoon, the winner of RuPaul’s Drag Race Season 5…

After 14 episodes of intense rivalry and grueling drag challenges, Seattle-based queen Jinkx Monsoon was crowned winner of RuPaul’s Drag Race Season 5. The self-proclaimed “gorgeous anachronism,” known for her impersonations of female icons like Meryl Streep and Little Edie, is preparing for her highly-anticipated performance at this year’s Starry Night at Toronto Pride – her first time visiting Canada, no less!

We caught up with American’s Next Drag Superstar to talk about winning Drag Race, the person who encouraged her to stay on the show and what aspiring Drag Racers need to know before auditioning.

Congratulations on your big win! What was it like for you when found out you had won RuPaul’s Drag Race?
It took my breath away for a moment. You know that feeling of being kicked in the stomach and not being able to breathe for a second? I couldn’t remember what my name was. [RuPaul] said my name and it took me a second to realize that it was me. Once it hit me, I was ecstatic. It’s something I’ve wanted since the moment I auditioned. Though I’ve been a kind of realist on the show. I took everything one moment at a time. I had my eyes on the prize, but didn’t psych myself up with every challenge as if I would win the entire thing.

Now you’re coming to Canada to perform at Pride! What is your impression of Canadians?
I’ve never left the United States. It’ll be my first time going to another country. I know it’s close, but my family never vacationed much. I never left the northwest until I started touring drag race. From the Canadians I’ve met the impression is that they’re calm, relaxed people who are kind of like Seattleites, but less caffeinated.

How has your life changed since winning Drag Race?
Everything about my life is different. There’s not one aspect that’s stayed the same. I’ve learned so much about the art form of drag. I’ve learned so much in a year that would have taken a lifetime. The number one way I can sum it up is that first show I did after I won, I sang all these songs I’d sung on the road, but after winning [the contest] it added new context. The audience responded in a different way that I was used to. The subtle nuances were different.

What the viewers see on Drag Race is clearly just a fraction of what goes on behind the scenes. What was it really like participating on the show?
People are getting a fraction of the content, and they think they know everything about us. I try not to look at bloggers and stuff like that. Not because I don’t like reading people’s interpretations. I know they’re just criticizing the show, not the people on it. But it’s hard for me to read stuff because people make sweeping generalizations about things they’ve had a small taste of….It’s a lot of hard work, and not just in the challenges. We had to wake up at 6am everyday [and] getting ready in drag on a time crunch is stressful. It was like 14 drag queens in a pink hamster cage and someone rattling it the whole time.

What were the conditions like on set?
Well you’re around 14 loud personalities and everyone has their own demands and needs. For me, the hardest thing was that we lunched at a time when we were normally in full drag. And when I’m in full drag, I’m wearing three compression garments. It’s not really comfortable and my body is not in a state where it can take in a lot of food. It’s difficult to eat in drag, but I was excited that someone else was doing all the cooking for me.

Was there ever a moment where you wanted to pack your bags and leave the show?
There was nothing about the show that drove me to that. If anything, it was the fact that I was separated from my family and friends for so long. The episode where Ivy won her phone call to her mom – she was also able to choose one other person who could make a call. Ivy gave me her second phone call and I was able to call my best friend Kenny (who’s now my touring manager). They didn’t end up airing that, but I was able to hear a voice from home and get a pat on the back, an extra boost of encouragement. He reminded me of why I was there and how much he believed in me. If there was ever a need to go home, my phone call from Kenny made me want to stay.

What’s RuPaul like in real life?
Pretty much how you see him on the show is how he is in person. Very genuine, very funny. That’s what I like the most about him. He has a very goofy sense of humour. He’s always making obscure references to iconic films and performers. He laughs at the funniest little things, makes little jokes. He’s very endearing. RuPaul the drag queen is a demigoddess sent to earth to enlighten us all.

You’ve been an outspoken admirer of female icons, particularly Meryl Streep and Little Edie. What is it about these women that you find particularly inspiring?
I’m just crazy for women who are very classy, well put together, very talented but don’t take themselves too seriously that they can’t also be a clown. I think that’s true for Meryl and others like Madeline Kahn and Helena Bonham Carter. Little Edie [Edith Bouvier Beale, whose life was portrayed in the film Grey Gardens] is this kind of anachronistic enigma. I think the world was so lucky that the Maysles brothers documented her. She’s a whole anthropology study wrapped into one person.

What advice do you have for queens who are entering the next season of Drag Race?
If you’re a fan of the show, like I am, you get the formula and you know there’s going to be some singing, some dancing, some comedy, some impersonations. Don’t go into it without a game plan. I knew my biggest challenge was going to be sewing. I just told myself I don’t care how I do it. I took sewing lessons to prepare. I knew in the heat of the moment it would all leave my head, which happened when we did our dumpster couture challenge. If something doesn’t work, don’t waste time trying to make it work.

Jinkx Monsoon performs at Starry Night “Love Is In The Air” on Thursday, June 27 in Cawthra Square behind the 519. No cover. 7pm-midnight. For more info, visit http://greenspaceto.org