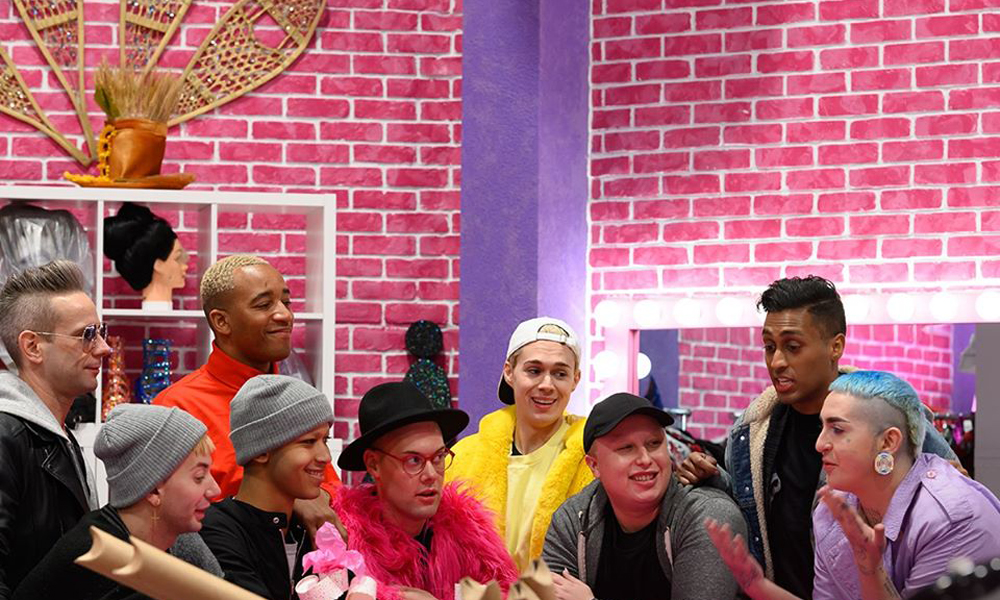 Last week we said goodbye to the legendary Anastarzia Anaquway after a week filled with girl group rap battles, and hair-raising lewks. With each passing week our Canadian queens are proving to be some of the best competitors we’ve seen on Drag Race, and we love to see it. This week we’re going to see another design challenge, with some unconventional materials so let’s get into it!

Our episode begins in the werk room following Anastarzia’s elimination. The queens are shocked that she didn’t leave a lipstick message but agree that her message on the runway was enough. Moving on, Bobo and BOA declare a truce. The Montreal queens don’t understand the drama between the Toronto girls, and they want to make it known it’s not all about them. This is not Toronto’s Drag Race, after all. Priyanka states that the Toronto queens are dropping like flies, and she’s prepared to burn a few wigs if she has to.

It’s a new day in the werk room and Tynomi is feeling a little shook that she landed in the bottom again. However, she doesn’t care about the fact that Brooke Lynn said it was her final warning. Ru interrupts with an incoming video call about saving the planet with recycling. Judge Stacey enters the werk room with the Pit Crew trailing behind her, and announces the mini challenge is a classic memory matching game with underwear, you know the one. One by one the queens compete to pair up Pit Crew members based on their matching briefs. As the queen who was able to match them the fastest, Jimbo wins this week’s mini challenge. 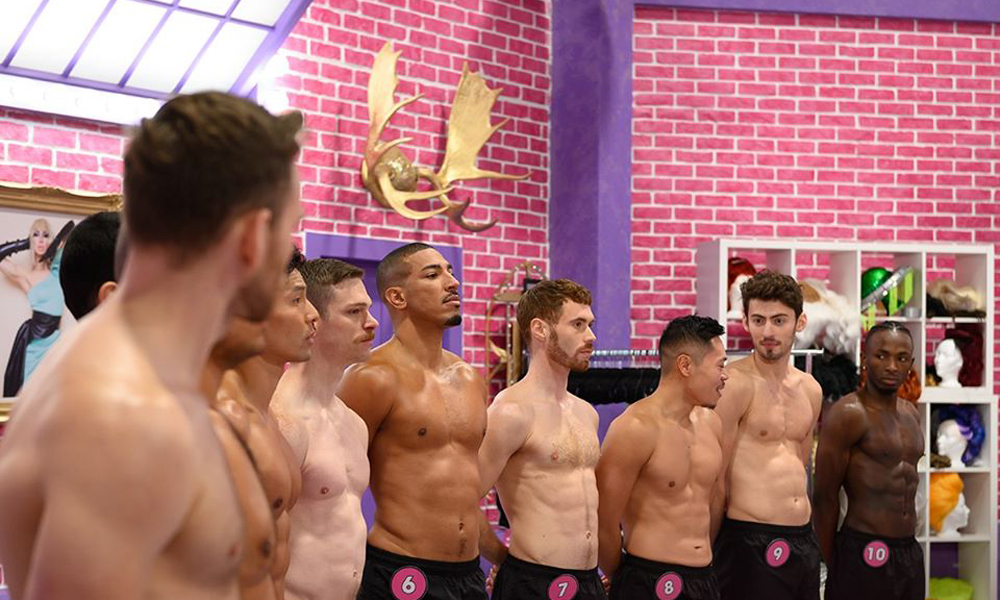 Following the challenge, the queens split up into groups of three. Stacey reveals that this week’s maxi challenge, the queens will be designing fashion collections using trash, because who are we if we are not reducing our carbon footprint? The trios will work with either paper, plastic, or metal. As the winner of the mini challenge, Jimbo assigns the materials to each team. Each queen will be responsible for an individual look, but they must go together as a cohesive collection. Lemon is feeling excited but pressured to do well after her flop during the first design challenge. The queens all get to work designing their collections, some groups are having some trouble staying cohesive, with their looks. Out on the runway, each group gets training time with the legendary Stacey to work on their runway walks. The queens take Stacey’s direction, and perfect their signature walks so well, and don’t lie… you got up and practised yours too.

It’s elimination day, and the queens gather to talk about their challenges with the designing. Rita Baga reveals she’s shaved her head to commit to her group’s collection. The queens get back to finishing their looks and getting ready to hit the runway. Out on the runway, our guest host designer Biddell introduces us to our stunning judges. The plastic queens are out on the runway first, Scarlett Bobo, Kiara, and Rita Baga serve post-apocalyptic plastic club kid realness, and it’s all kind of fierce. The metal group is out second, and BOA, Priyanka and Lemon have taken a more pop star meets supermodel meets evening wear approach. Finally, team paper are colourful with their recycling royalty lewks. But I can’t help but think Ilona, Tynomi, and Jimbo look a little… dare I say… Party City.

Following the runway, the judges announce team plastic as the winning team, with Rita Baga taking the top crown, making her the first queen to win two challenges. BOA is the first to receive judges’ critiques, and although the vision was there, they all agreed that the execution was not. The judges loved Priyanka’s look, and how she sold it out on the runway. The judges also love Lemon’s look and commend her for how far she’s come since the first week, but there was still a little something missing. However, it’s not enough to land her anywhere close to the bottom. Up next is team paper, and the judges tore. them. up. They agreed that this group’s look is a bit too costume to be high fashion. Ilona and Tynomi blended in when they should have had their own shot to stand out. Even Jimbo, who had the most impressive look from the group still didn’t impress the judges.

Backstage the queens untuck and discuss their critiques. Ilona and Jimbo get into an argument while the other queens are upset, and emotional that Tynomi is becoming so defeated. Ilona once again makes the conversation about her in a way that totally breaks the tension in the room. The judges declare Lemon, Priyanka, Jimbo, and BOA are safe for the week. Making Ilona and Tynomi in the bottoms of the week.

After Ilona breaks down on the runway, and says that she can’t lip sync, Tynomi, the judges, and the rest of the queens tell her she has to, and the two lip sync for their lives to Avril Lavigne’s Girlfriend. After they fight it out in the most fun lip sync of the season so far, the judges choose to save Ilona, sending Tynomi home. After three weeks in the bottom it wasn’t a total surprise, but we’re still sad to see her go.

Front runners of the week: Scarlett Bobo and Rita Baga are really setting themselves apart from the other queens and I for one am so here for it.

What we’ll see next week: It’s Snatch Game time! The judges promised it was going to be an iconic one! See you there! 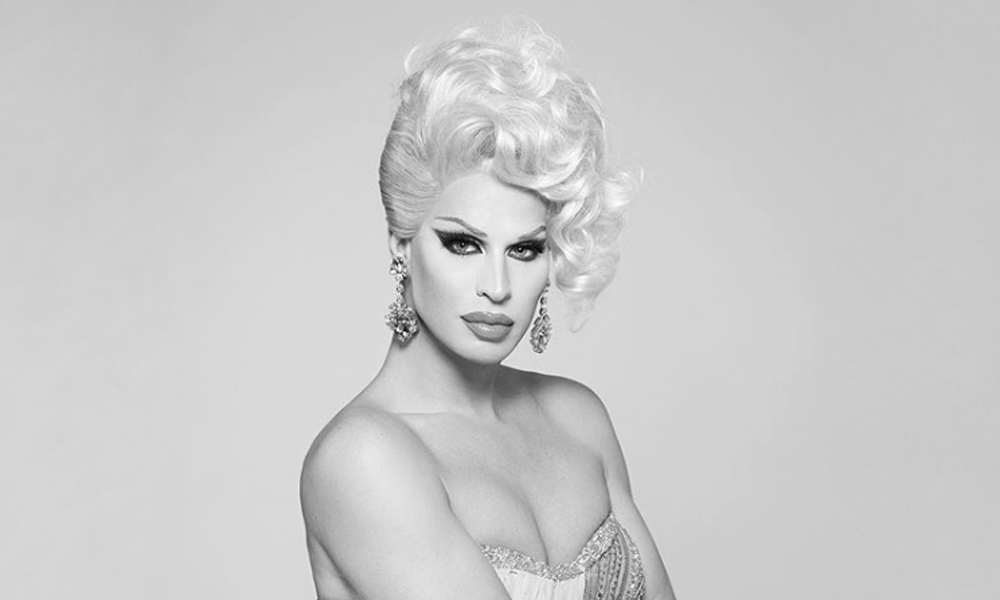