The Canadian comedian sprinkles some of her real life into her original series. With Feel Good airing on Netflix, the world is starting to take notice of her authentic brilliance…

Mae Martin is a breath of fresh air. Her stand-up sets are going viral, and the series she co-created and stars in is currently streaming on Netflix. Ever since the Canadian actor/comedian broke onto the scene, she has constantly challenged norms, and she continues to push us out of our comfort zone on how sexuality has to be labelled. Her series and stand-up act give us a glimpse into her life, while keeping us wanting to learn more about her.

Martin uses comedy to tell her stories about life, love, addiction and communication in a way that’s truly unique – and that’s only the beginning of what makes her, and Feel Good, so brilliant.

Martin grew up in Canada, but in the early 2010s moved to the United Kingdom, which is where Feel Good is set. She often references her Canadian heritage both in the show and in her stand-up routines. Before moving to the UK, she wrote for the Canadian comedy show The Baroness Von Sketch Show.

Feel Good covers a lot of issues, from sexual experimentation and navigating a relationship with your parents as an adult, to struggling internally with who you are. It is mostly centred around the “fictional” Mae’s struggle with drug addiction and how it can control every aspect of a person’s life. The show doesn’t sugar-coat reality, telling the stories in a real and raw way. It shows us the complexity of addiction, and how it affects not only the individual but their friends and family too. 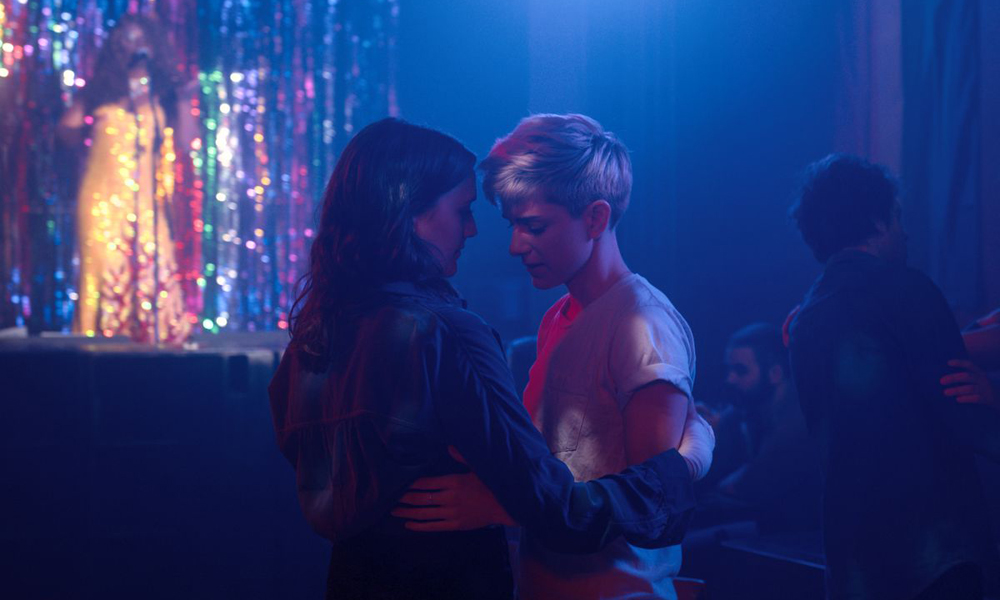 Martin has said that a lot of the emotions you see in the show come from a real place in her life, although not all of the characters and stories are autobiographical. The “fictional” Mae’s mother is played by the iconic Lisa Kudrow, who does an excellent job at making a more minor character in the six-episode series so multifaceted and captivating. From the stories that “real life” Mae tells in her stand-up specials about her mother, the Lisa Kudrow adaptation does seem like an exaggerated version, but it comes from a real place, no matter how ridiculous she might be. The Feel Good Mae is real, and flawed, and makes a lot of mistakes, but that doesn’t stop the audience from rooting for her the whole way through. Mae is likeable, and from the first episode she feels like someone who has been your friend for years.

Though the show does deal with heavier topics, at the heart of it is the story of how we foster relationships with the people we love, through both good times and bad. It’s about how we lean on each other for support, or communicate with a partner, or have difficult conversations with loved ones. Nothing in Feel Good is wrapped up in a bow. It’s real, and sometimes difficult to watch, but it’s important to the way Mae controls how the story is told in the series. While we want her to triumph, there are moments where the audience can feel the frustration, and there are moments of real disappointment too.

In real life, Martin’s relatability is what draws you into her story in the first place. She’s understated, and cool, without trying hard to capture our attention. In an interview with UK publication PopBuzz, she spoke about how important it is to have representative characters in popular media, citing Willow Rosenberg from Buffy the Vampire Slayer as a character she felt represented her at a young age. Even if she didn’t feel she necessarily connected with the character on a deep and personal level, Martin said, she was grateful to see a little bit of herself in a character. “Mae” is now filling that role for other young queer people who feel they don’t necessarily see themselves represented anywhere.

We may be used to seeing and wrongly expecting queer celebrities to identify themselves, but Martin actively chooses not to put a label on anything she does. She states that she has been in relationships with both men and women, and leaves it at that. In a world where many people feel the need to put everybody into a box, with a clear label, a lot of people don’t identify with one, or don’t feel like they have to conform to one singular label…and that’s totally okay. People are going to see Mae, whether it’s the character or the real-life version, and they’ll feel represented by her, and they will feel that same representation from her just being her authentic self.

Martin often uses stories from her past in her stand-up sets, which are so endearing, and enjoyable to watch. Her comedy can take some dark turns, but it remains relatable, which is why so many people find solace in her work. Through the highs and the lows of Feel Good, you will find yourself desperately wanting to be friends with Mae.

After you’re finished the series, you’re going to do a deep dive and realize that Mae Martin is exactly who the world needs right now. She is authentic, and she’s taking the world by storm, and that has us feeling good.