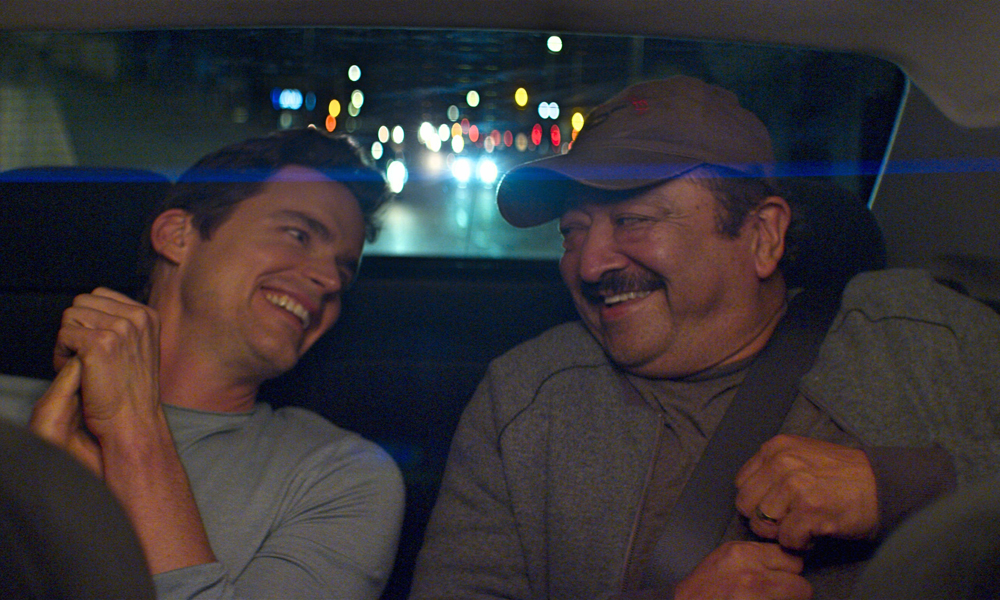 Welcome to Queerly Digital, a regular column about LGBTQ cinema on DVD and Blu-ray and streaming platforms.

Openly gay actor Matt Bomer is wonderful in Papi Chulo, an independently produced low budget film now available on DVD. Bomer, a well known actor who has yet to achieve the stardom he deserves, carries the film in a role which allows him to display a wide range of emotions.

Bomer plays Sean, an openly gay TV weatherman in Los Angeles who suffers an emotional breakdown live on the air. After he’s forced to take a vacation by the station manager, we learn that Sean recently broke up with a boyfriend. He isn’t taking it well, and in fact leaves his ex a series of voicemails in order to assure his ex that he’s OK. He never gets a response. 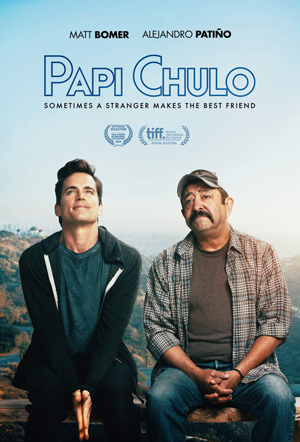 Enter Ernesto (Alejandro Patino) a Latino migrant day laborer who is hired by Sean to paint the deck of his house. Ernesto barely speaks English, but somehow, they manage to communicate. Before long Sean takes Ernesto rowing on a lake and hiking in a mountaintop park–he pays Ernesto their agreed upon rate of $200 per day for these excursions. Sean, you see, is desperately lonely and sees Ernesto as a replacement for his ex, even though Ernesto is a happily married straight man with children.

Papi Chulo tells a very unusual story about a man whose loneliness pushes him over the edge. Sean doesn’t realize that he’s making a fool out of himself with Ernesto, a decent man who doesn’t quite know how to respond to all of this sudden attention.

The film could have been depressing, but director John Butler’s inventive script and Bomer’s courageous performance turns Papi Chulo into a moving story. And to balance things out, Butler includes several laugh out loud moments, such as when Sean begins talking incessantly as he and Ernesto are out on one of their day trips–Sean is practically manic as goes on and on about how affected he is by the loss of his ex.

“He just keeps talking, so I say yes, yes,” Ernesto, speaking in Spanish, says to his patient wife over the phone, as Sean continues babbling.

But there are also profoundly moving moments. In one unforgettable scene, Sean crashes a party at Ernesto’s house, literally stopping the party as he cries out about his intense loneliness. In a perfect world, Bomer would be winning awards for his acting for this gut wrenching scene alone. But the sad truth is that Papi Chulo is a small film, and probably won’t get much notice. More’s the pity, because it’s a delightful story about a broken man who slowly learns how to repair himself.

Patino offers strong support in his role as Sean’s bought friend, who’s at first embarrassed by the attention he’s receiving, but who eventually comes to feel sympathy for Sean and returns the friendship.

At once funny, sad, sweet and touching, Papi Chulo is something different, and it’s well worth seeing.

In addition to DVD, Papi Chulo is streaming on YouTube, Amazon Prime, Google Play and Vudu.