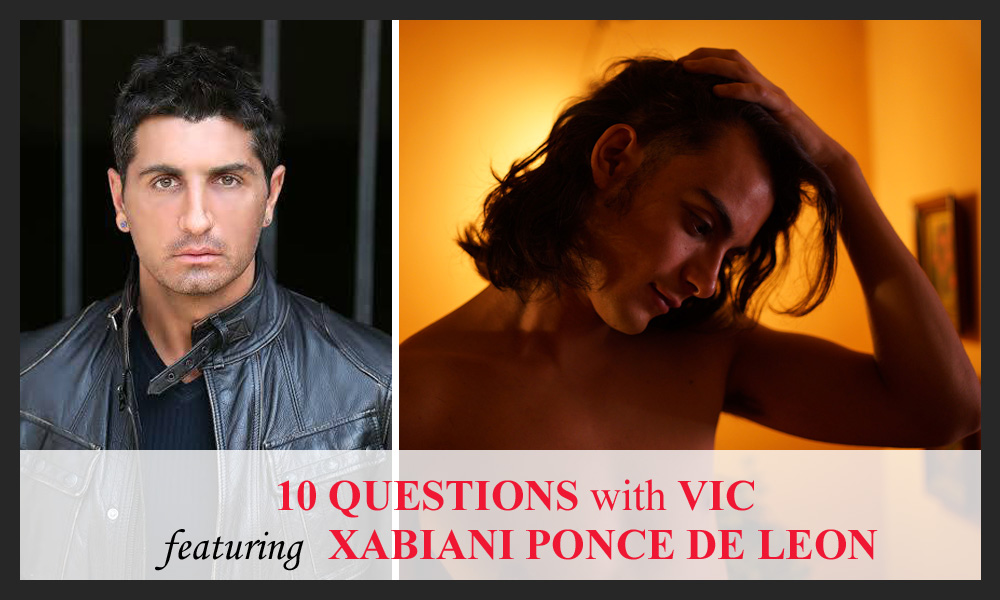 It’s hard to stand out as an actor during a film festival such as Outfest where over 150 films are screened within nine days. But Xabiani Ponce de León did just that with director Hari Sama’s film, This is Not Berlin. After making his film debut in Malaventura, Xabiani became well-known for playing “Omar” in in the reality series Bienvenida and later for portraying Marco Tavelli in the Disney Channel Original Series, Violetta. This is Not Berlin continues to do well, so I decided to chat with Xabiani about the film, days in Disney and his upcoming projects.

Modesty aside, how would you describe yourself?
An introverted boy has a hard time making friends but when he gets confidence he can be intense.

You got your start on Disney Channel and you are now a leading man. How were you able to make a transition that few actors manage successfully?

I have been looking for a project like this for a long time, after being at Disney they continued offering me children’s projects, I believe that the key is to be objective, knowing how to say no, not grabbing a project that will take me away from where I want to go, continue looking for it, I want it and believe it is possible!

‘You new film, This is Not Berlin which premiered at the Sundance Film Festival and screened at the Tribeca Film Festival has been a huge hit. How did you land the leading role, Carlos?

I got to the movie thanks to the producer, I knew him before and he invited me to the casting, I went to the casting and then I went to a couple of improvisation exercises with Hari.

How was it working with director Hari Sama?
Working with Hari was a great experience, he is a great director, very professional, very human, I like the way he works, he is a Zen rockstar.

How did you prepare for the role?
I was working with Hari to find the essential wound of Carlos, find the similarities with the character, the transition from the school to the Aztek, understand the historical context in which the characters live.

This is Not Berlin recently screened at the Outfest Los Angeles LGBTQ+ Film Festival. Was it meaningful for you to have the film screened at the world’s biggest LGBTQ film festival?
It was a big surprise that the movie was at Outfest, I would have loved to be there!

Tell me about your fans when they recognize you in public.
Most people who recognize me are children; they usually ask for a photo, it’s going to be funny to see the movie after watching Disney!

What’s new on your play list?
Band of skulls, Cleopatrick.

Do you have any upcoming project(s)?
Now I’m doing a series for Netflix, in October I start a series in Miami, can’t say much.