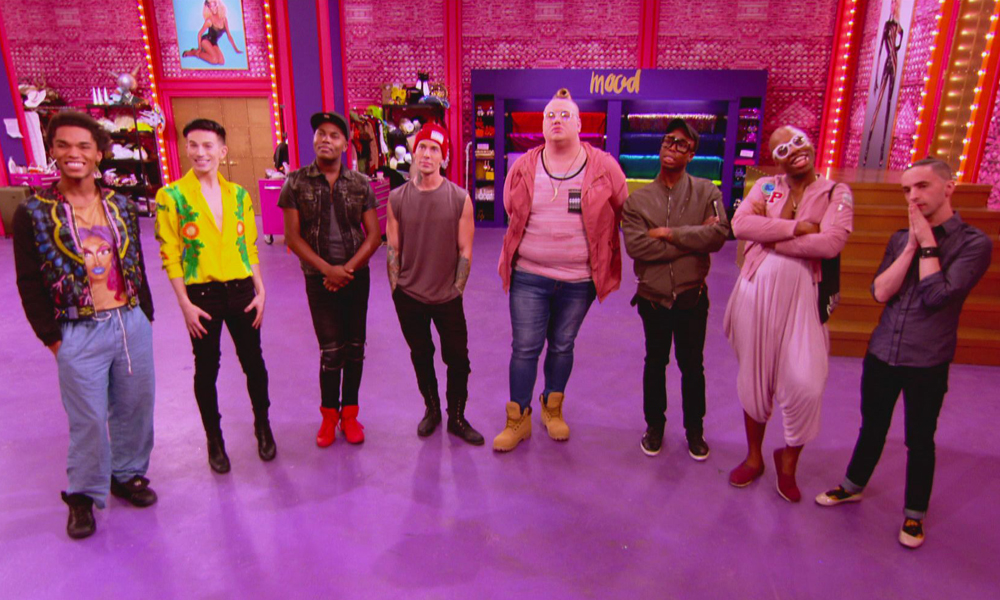 The library is officially open…

After last week’s somewhat untimely elimination of the sweet Blair St. Clair, one thing was clear…It is officially anybody’s game. As the weeks go on queens that are at the top of the game one week, may find themselves lip syncing for their lives the next. That’s why it was particularly surprising that the post elimination kiki at the beginning of this week’s Drag Race lacked the fire that we’ve seen in the previous six episodes. The couch session was filled with advice and support, though when Eureka tried to give advice, The Vixen bit back, which we’ll see more of at the end of the episode. On the other side of the couch, Monique Heart, still shaken up that her 30 minute two-piece sequin ensemble landed her in a safe position, complained that she has issues with money, and can’t afford fancy costumes like some of the other queens. This is an excuse any Drag Race fan knows all too well, and Miz Cracker wasn’t buying it either. Cracker brought up the point that she should take her safety as a compliment that she’s able to pull looks together at the last minute, something not a lot of queens can’t do. And we have to agree.

It’s time for the challenges to start, and this week is going to be good because we get not only one, but two ICONIC Drag Race challenges. For this week’s mini challenge, the library is officially open, because reading is what? FUNDIMENTAL! The queens slipped on a pair of electric blue ski goggles and went in on each other. Popular jokes included: Eureka’s size, The Vixen’s hair, and Asia’s teeth. As the library closed, Ru named Eureka the winner of the reading challenge, and got straight to announcing this week’s maxi challenge. It’s Snatch Game time, and we are all ready, and here for it. This is the main event of any season. It can make or break a queen, and even the bad performances can sometimes become iconic. The task is simple, pick a character, stay in character, and make Ru laugh. 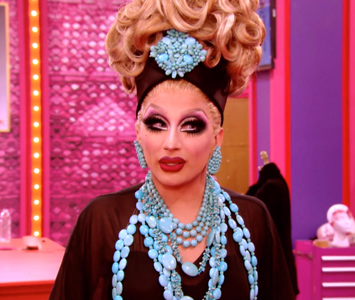 The Snatch Game episode werk-room-walk-about is the most nerve inducing because as soon as a queen can’t deliver a sample of the character they’ve chosen, and spent months rehearsing, and creating a look for, you can see their whole drag career flash before their eyes. Tragic. Not to worry, this time around Ru wasn’t alone. She was joined by none other than season six winner, and ultimate shady queen Bianca Del Rio. As Ru and Bianca walked around the werk room we started getting introduced to the characters that the queens had chosen. Eureka, who couldn’t deliver as the legendary Devine, went for her backup, Honey Boo Boo. The Vixen chose “Destiny’s grandchild” Blue Ivy Carter. Monét X Change decided on redemption for Maya Angelou from All Stars 3. Kameron Michaels used her muscle as part of her character choice with female wrestler Chyna, and Miz Cracker decided on the original shady lady Dorothy Parker. The trouble however, started when Ru foiled Asia O’Hara’s plans for a potentially drug-fuelled impersonation of the late Whitney Houston. When asked about her backups, she replied with “Beyoncé”. This was not a wise choice, as Queen B has been done a few times, all with terrible results. 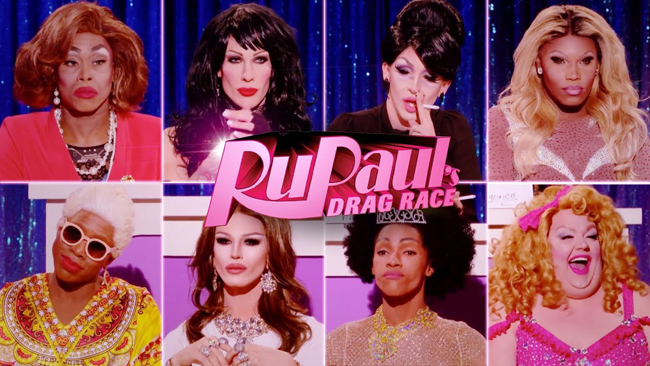 As the queens were getting ready for Snatch Game, Asia and The Vixen devised a plan to play off each other as Bey, and Blue. I think by this point we all knew how this was going to go down. The contestants on this season’s Snatch Game (and guest judges of the week) were none other than Broadway legend Audra McDonald, and Sport’s Illustrated cover girl Kate Upton. In the spirit of taking a character and running with it, Aquaria really knocked it out of the park with her spot-on and hilarious Melania Trump, which the judges later decided “made Melania likeable”. Other top performances of the week included Eureka’s hilarious Honey Boo Boo, and Monét X Change hitting her stride in the competition by giving Maya Angelou the ru-demption she needed from AS3. Though most of the queens did a fantastic job with their impersonations, some hit a sour note. For starters, Asia’s Beyoncé was abrasive, and borderline verbally abusive towards her daughter The Vixen/Blue Ivy. I think we can all agree this is not the mother we know Beyoncé to be. Monique Heart also hit a few bumps with her impersonation of U.S representative Maxine Waters. Her performance came off as poorly researched, and the jokes just didn’t land.

After a particularly shouty Snatch Game, the queens got ready for their main stage runway, and the conversation got political. While some queens stated they like to get political with some of their performances, Monique Heart revealed she feels she can’t get away with it in her home in the southern United States. This week’s category is…Mermaid Fantasy. The girls got their fishiest lerks on and were wheeled down the runway by members of the pit crew. Top looks of the week included Aquaria’s dark and slick mermaid, and Eureka’s cousin of Ursula. Most confusing looks of the week goes out to The Vixen, whose look from the neck up is unclockable, but lopsided cone boobs rubbed the judges the wrong way. And let’s not forget about Asia O’Hara’s prosthetic fish mask paired with her stunning dress.

When it came down to the tops and bottoms of the week, Ru asked our girls the most dreaded question of the competition, “who do you think deserves to be sent home?” Eureka answers first saying “Asia, because she’s my biggest competition”. Ok, whatever that means. The real tea came when it was The Vixen’s time to speak. Out of an act of pure jealousy we’re sure, The Vixen chooses Eureka because of her lack of professionalism, and tells the judges she’s baffled why they enjoy Eureka at all. Eureka defends herself stating she knows she’s a lot, but she comes from a place of love. The majority of the queens voted The Vixen should be sent packing next. In the best twist of the week, Aquaria wins the Snatch Game. Not bad for a queen who only came to turn lerks. Following closely behind her were Eureka, and Monét X Change. Making this week’s bottoms Asia, The Vixen, and Monique Heart. Though her Beyoncé was cringe inducing, Ru spared Asia from lip synching, announcing that The Vixen and Monique Heart would be fighting for their spot in the competition via a lip synch to Carly Rae Jepsen’s “Cut to the Feeling.”

The Vixen threw her whole body into it, as per usual. Though her outburst surrounding Eureka earlier in the episode was slightly unsettling, watching her tumble across the stage was pretty incredible. Unfortunately, Monique didn’t know the words to the song, and that was the nail in her coffin. Ru decided to give The Vixen a second, second chance, and I’m sure we’ll be hearing all about it at the beginning of next week’s episode. Monique becomes the seventh queen to leave season 10, and we’re really going to miss her. She brought a lot of Heart to the competition.

Best use of props in Snatch Game:
– A tie between Eureka/Honey Boo Boo’s go-go juice, and Aquaria’s Tiffany box with “Help Me” written inside.

What we’ll see next week:
– A Cher tribute, and guest judges Billy Eichner, and Andrew Rannells.