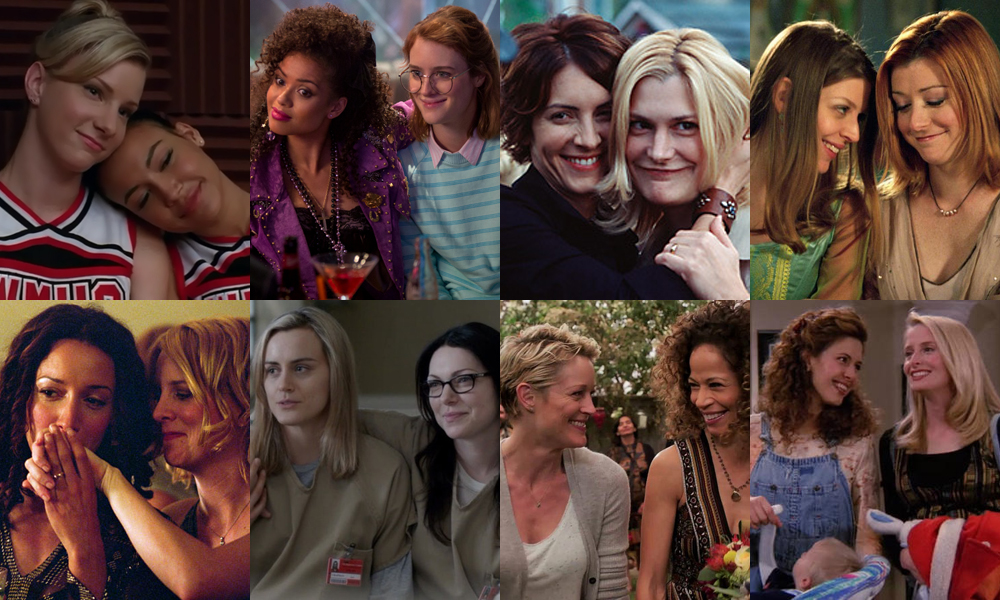 Bringing girl-on-girl love to the mainstream…

As more and and more LGBT couples make their way onto TV shows, the opportunity to explore relationships that aren’t traditionally heterosexual is growing. Many shows are going beyond the token gay character who struggles to come out and actually portraying what it’s like to date, fall in love, and build a relationship. Love in and of itself is no different whether two people are the same sex or not, but the roadblocks that a same sex couple has to face are a lot different than a heterosexual couple.

Fans are always “shipping” certain couples on TV. There will always the die-hard Jim and Pam, Ross and Rachel, and Olivia and Fitz fans. That’s why it’s so important to have examples of gay and lesbian couples on TV too. Here are a few of the most iconic lesbian couples to ever grace our television screens.

Brittany and Santana
Glee
Glee never shied away from same sex relationships. Santana and Brittney started out as really close friends until they started to realize they had feelings for each other. Santana in particular struggles with her sexuality and coming out as a lesbian while Brittany seems to have more of a go-with-the-flow, love the person, not they gender type of attitude. Although they go through their ups and downs, they end up (spoiler alert) getting married in a joint ceremony with the show’s favourite gay couple Kurt and Blaine.

Kelly and Yorkie
San Junipero – Black Mirror
San Junipero is a simulated reality where the conscious minds of elderly and terminally ill people can go to live after the death of their physical bodies. Yorkie, who has locked-in syndrome, is visiting San Junipero when she meets Kelly. Both women are older in their physical bodies, but in San Junipero they are young and vibrant again. While Yorkie wants to be euthanized so she can live in San Junipero permanently, Kelly isn’t so sure because her husband and daughter died without their minds being uploaded. The two women fall for each other and Kelly has to decide whether to change the path she had already decided for herself in order to be with Yorkie. The episode won two Primetime Emmy Awards, a first for the Black Mirror series.

Melanie and Lindsay
Queer as Folk
Queer as Folk is one of the most popular—and iconic—LGBT shows to ever grace television. With groundbreaking milestones like the first ever simulated sex scenes between two men shown on American TV, and the portrayal of controversial (at the time) topics like drug use, internet porn, and same-sex parents, the show had a significant impact on pop culture. The only lesbian couple in the main cast, Melanie and Lindsay showed what it was like to have children with platonic male friends but also be in a committed relationship with each other. They have a tumultuous relationship, dealing with infidelity, and the struggles of managing a blended, unconventional family, but they manage to end up together—which is fine with all the fans.

Willow and Tara
Buffy the Vampire Slayer
In Joss Whedon’s Buffy the Vampire Slayer, Willow, Buffy’s best friend, starts out the series seemingly heterosexual. But in season 4, after her boyfriend (who is also a werewolf) leaves town and she starts experimenting with witchcraft, she means Tara, and the two fall for each other. Willow becomes a powerful witch and struggles with addiction which has negative affects on her relationship with Tara, but together they are a strong couple and a fan favourite. It’s partly because of Tara that Willow is able to figure out who she is and develop her powers as a witch. They might not have the happiest of endings, but it’s safe to say Buffy fans believe Tara and Willow belong together.

Bette and Tina
The L Word
The L Word starts out portraying main characters Bette and Tina as a strong couple who are in the process of going through artificial insemination procedures to have a baby together. After Tina has a miscarriage, Bette has an affair and the two break up. Their relationship goes through a lot of ups and downs, including having to deal with being broken up but still running in the same social circles and having a lot of mutual friends. The L Word covers a range of issues that lesbian and bisexual women experience, but at the same time, it never got the same critical acclaim as Queer as Folk. Through all the constantly revolving relationships, Bette and Tina remained the one couple that always seemed to be end game. The show ended in 2009, but Showtime is currently working on a sequel season.

Alex and Piper
Orange is the New Black
Seeing as Orange is the New Black is set in a women’s prison, there’s no shortage of lesbian relationships at any given time. Notable couples on the show include Poussay and Brook, and Lorna and Nicky, but Alex and Piper are the most dramatic. Before ending up in prison, Piper realizes she is interested in women after meeting Alex, a woman who is involved in illegal drug trafficking. They end up in the same prison and can’t resist restarting their relationship. They betray each other and break up and get back together multiple times. They are a good example of two women who are terrible for each other but keep finding themselves drawn together anyway.

Stef and Lena
The Fosters
When it comes to a long-term, committed relationship that involves the pressures of careers, family, and the chaos or raising biological, adopted, and foster kids all under the same roof, Stef and Lena Adams-Foster from The Fosters couldn’t be a better example. Stef was married to man, who she had a son with, before she realized she was a lesbian, and she’s been with Lena ever since. Even though they have extremely chaotic lives (seriously, it’s soap opera-level chaos), they still make time for each other and always seem to genuinely be in love and in it for the long haul. Pretty much couple goals, regardless of gender or sexual orientation.

Carol and Susan
Friends
Carol and Susan are notable for being the first lesbian wedding to be shown on cable television. Although the fact that Carol left her husband Ross for another woman is somewhat of a running joke during the entire series and Ross often seems uncomfortable with that fact, he ends up being the one to walk her down the aisle. He also encourages her to go through with the wedding even though her parents refuse to attend or accept her relationship with Susan. Carol and Susan (and Ross) are also an example of a family making raising child with two mothers and one father work for them. 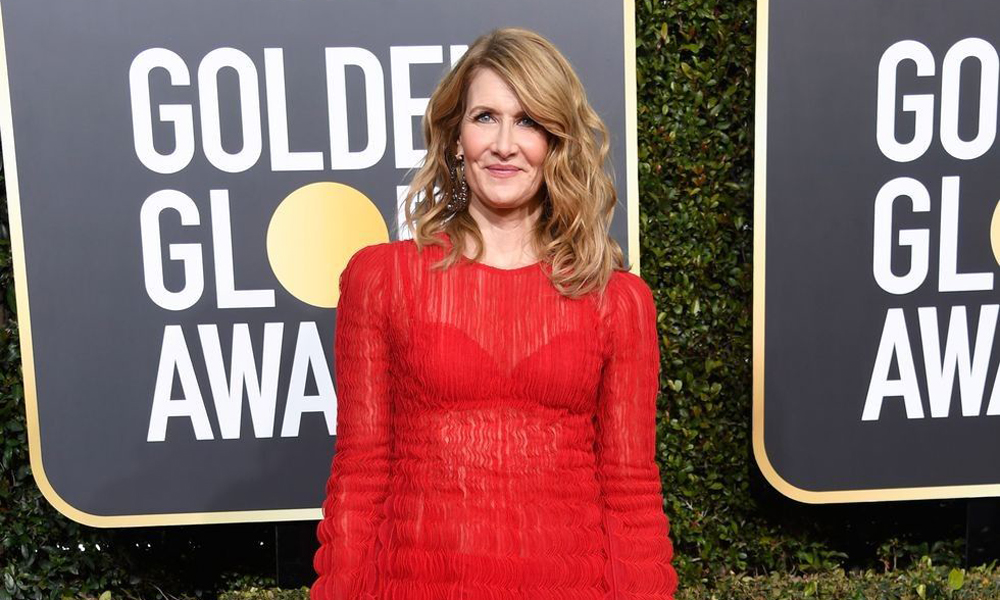 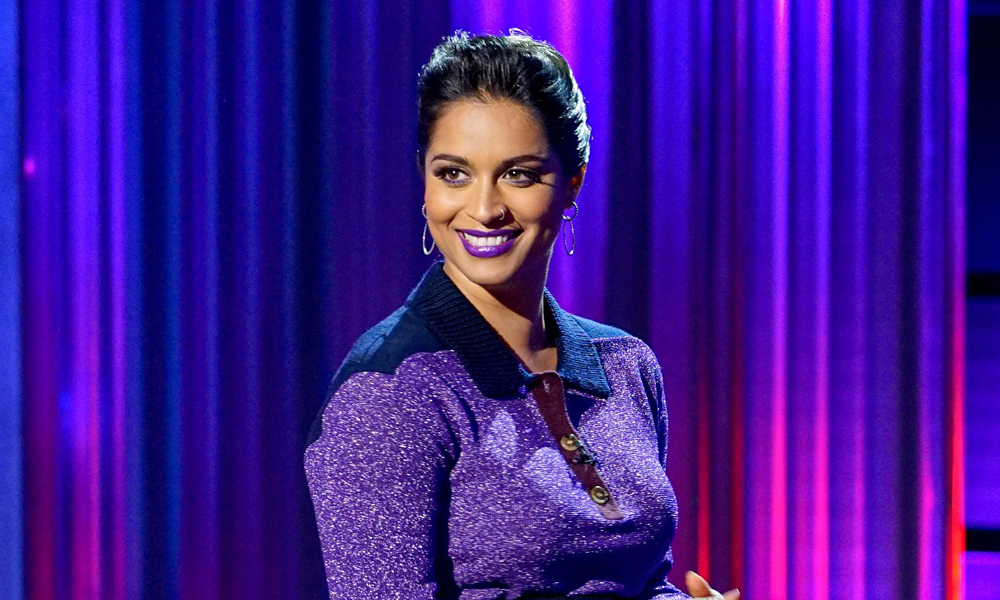 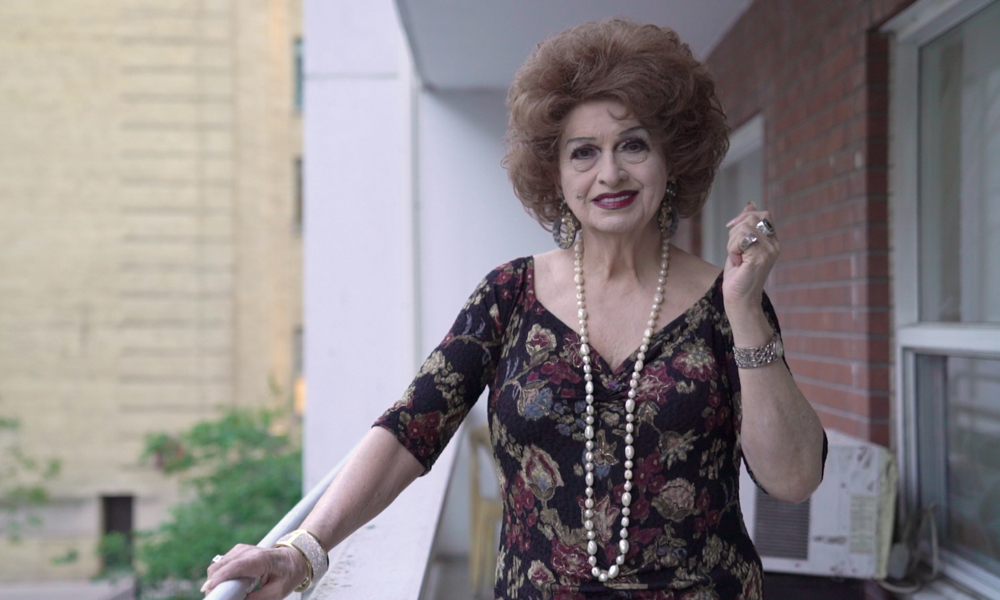