These athletes prove sexuality has nothing to do with athletic ability…

Progress for the LGBT community has been ramping up in recent years, but athletics is still a particularly difficult area to go against deeply ingrained heteronormative ideals. Young athletes often keep their sexuality to themselves for fear of their teammates, fans and coaches looking at them differently. Derrick Gordon, the first openly gay player in Division 1 college basketball accused the NBA of not giving him a fair shot to try out because of his sexuality. “Honestly, the NBA is not ready for an openly gay player right now,” he said. NBA scouts denied the allegation, saying that Gordon simply didn’t have the talent required to play in the NBA.

Acceptance in most sports is steadily increasing and that’s thanks to the brave athletes who come out publicly, challenging the idea of what being an athlete means. They are showing young, gay athletes that they can be honest and open about who they are and also succeed in the sport of their choice. Here are a few gay athletes who have made a difference in sports simply by coming out and being proud to be themselves.

Jason Collins
NBA player Jason Collins was drafted by the Houston Rockets in 2001 and played twelve seasons before coming out as gay in a Sports Illustrated cover story. He said that he chose to wear the jersey number “98” in honour of Matthew Shepard who was killed in an antigay hate crime in 1998. When Collins played his last season in the NBA with the Brooklyn Nets he become the first publicly gay athlete to play in any of the four major North American pro team sports leagues. His decision to come out was praised by everyone from the NBA commissioner David Stern and his corporate sponsor Nike to the Obamas. Many people believe pro sports to be one of the last areas where homophobia was still prominent but Collins coming out was a step in the right direction for acceptance of gay pro athletes everywhere.

Tom Daley
Tom Daley is a British diver who won the 10-metre platform events at the 2009 FINA World Championship at the age of 15 and then again in 2017 at the age of 23. He has also won a number of medals in the Olympics, Commonwealth Games and other diving championships. In 2013, Daley released a YouTube video announcing that he was in a relationship with a man. He married that man, American screenwriter, director and producer Dustin Lance Black—who is 20 years his senior—in 2017. Daley told The Guardian that his relationship with Black was his first ever with a man and although he dated girls before, he’d never been in love. He also hinted that he might be more bisexual than gay, but he doesn’t feel the need to put a label on it.

Robbie Rogers
Robbie Rogers is a now-retired American professional soccer player who played for Leeds United as well as Major League Soccer team Columbus Crew. In 2013, Rogers announced his retirement at the age of 25 and also came out as gay in a post on his personal blog. “I’m a soccer player, I’m Christian, and I’m gay. Those are things that people might say wouldn’t go well together. But my family raised me to be an individual and to stand up for what I believe in,” he wrote. Later that year, Rogers came out of retirement and signed with the Los Angeles Galaxy and in 2014 he became the first openly gay male to win a major team pro sports title in the U.S. when the Galaxy became MLS Cup champs. Rogers is married to TV writer Greg Berlanti and the two have a son together via surrogacy.

Orlando Cruz
Orlando Cruz is a Puerto Rican boxer currently ranked at number 4 among featherweights by the World Boxing Organization. In 2012, he became the first professionally active boxer to come out as gay saying, ”I want to try to be the best role model I can be for kids who might look into boxing as a sport and a professional career. I have and will always be a proud Puerto Rican. I have always been and always will be a proud gay man”. 4 years after coming out, Cruz dedicated a fight to the victims murdered at the Pulse night club shooting in Orlando, four of who were his friends. In 2013, Cruz was one of the first inductees to the brand new National Gay and Lesbian Sports Hall of Fame.

Michael Sam
When he was drafted by the St. Louis Rams in the 2014 NFL draft, Michael Sam became the first publicly gay player to ever be drafted into the NFL. His success generated a lot of media attention and even a congratulations from the President at the time Barrack Obama who said Sam, the Rams and The NFL were “taking an important step forward in our nation’s journey.” Unfortunately Sam didn’t end up making it through the preseason and instead signed with the Montreal Alouettes before the 2015 season becoming the first publicly gay player in the CFL. Outsports.com co-founder Cyd Zeigler accused the NFL of not giving Sam a chance and trying to blame it on the players “not being ready” when really it was the “white guys in suits who weren’t ready”. No out gay player has played in a regular season NFL game to date, but thanks to Sam, it’s more of a possibility. 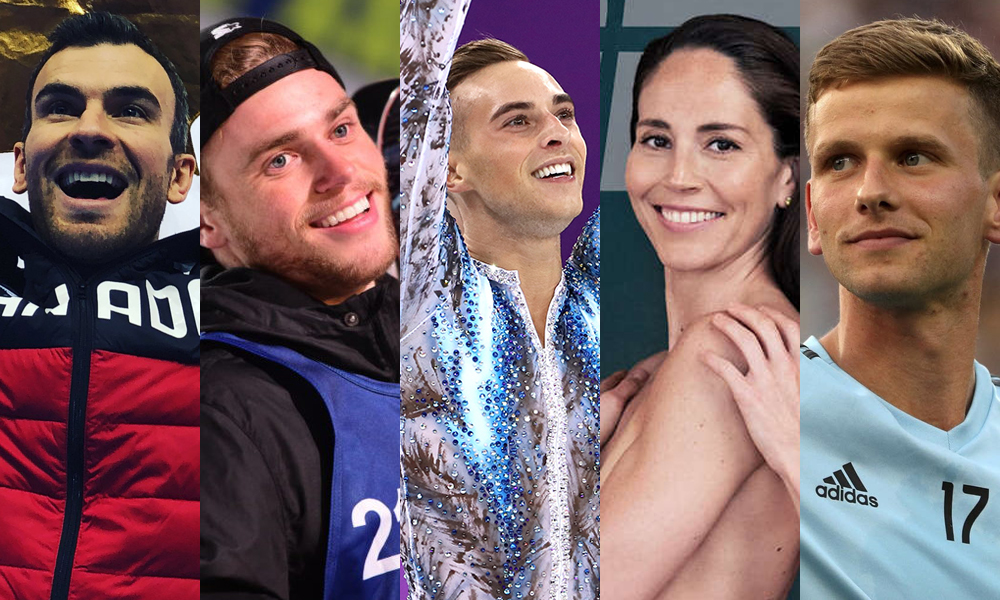 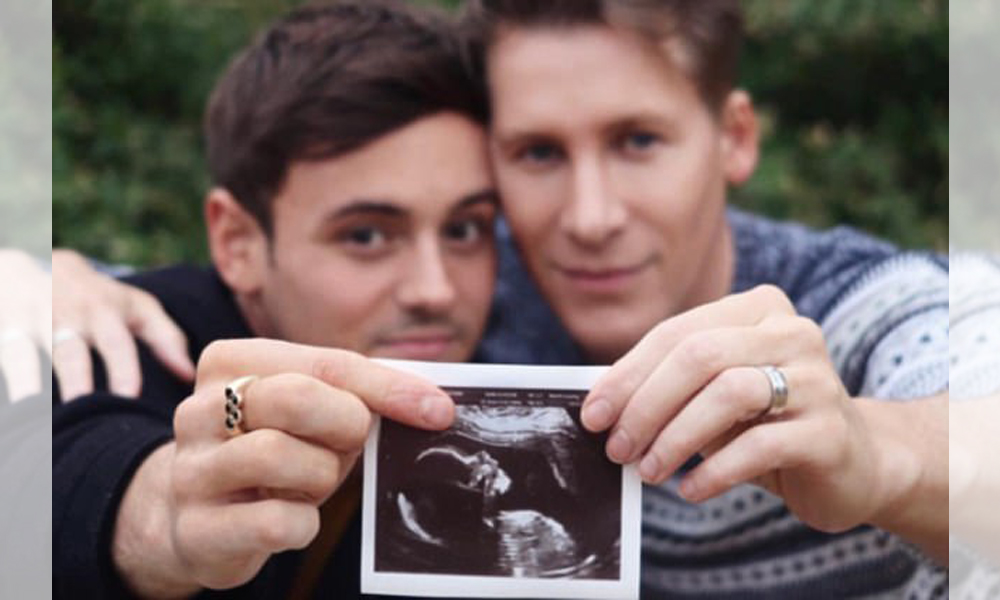 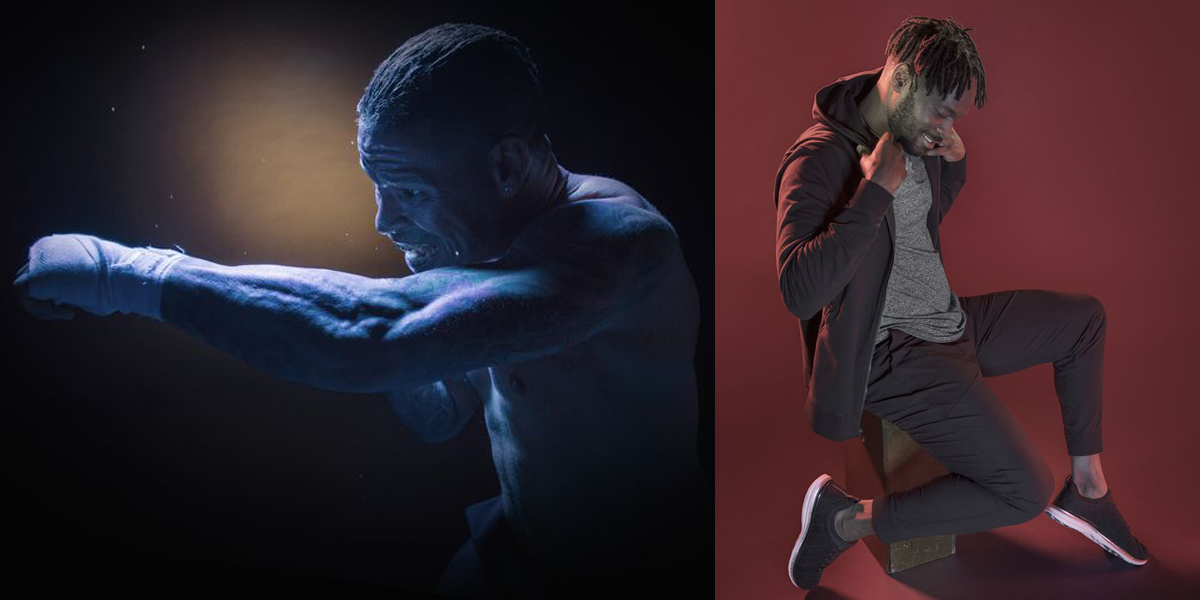