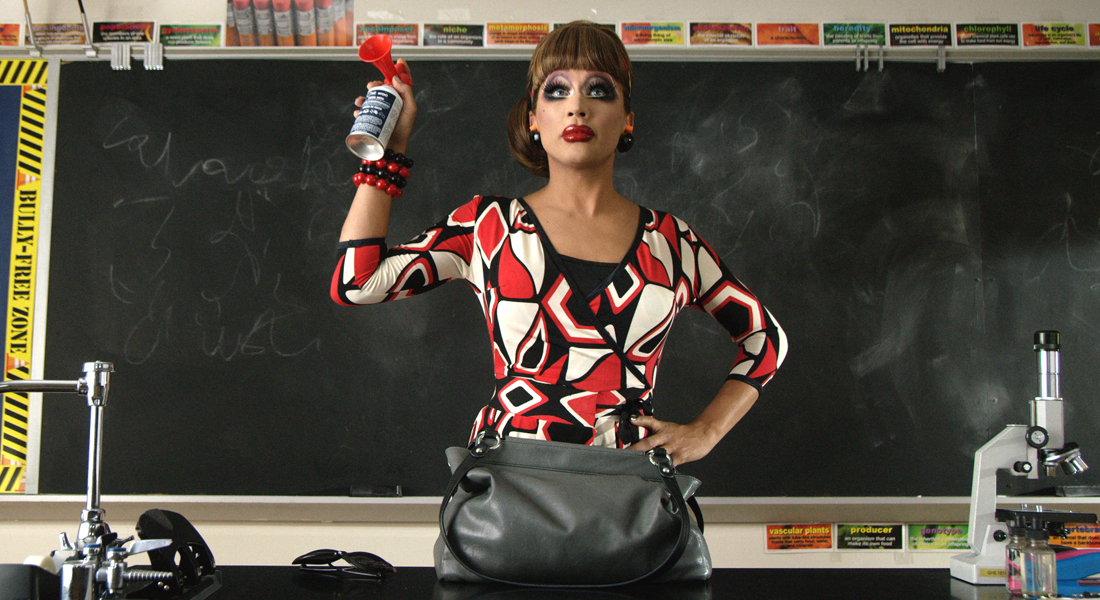 Bianca Del Rio has your number in her Rolodex of hate

RuPaul’s biggest find, Bianca Del Rio, isn’t feeding on fish these days. Today, the drag superstar is feasting on sharks in the industry and washing it all down with some refreshing tea with a chaser of shade.

Yes, RuPaul might have created a monster, albeit a hilarious and successful one. Stomping on the dreams of 13 contestants, Bianca (a.k.a. Roy Haylock) reigned supreme on Drag Race: Season Six, earning sole title of America’s Next Drag Superstar. Almost immediately, the New Orleans native’s star ascended to new mainstream and international heights.

Known for her razor-sharp wit, deadly takedowns and insult humour, the old-school fan favourite has become a global sensation thanks to her stand-up TV special Bianca Del Rio’s Rolodex of Hate, as well as appearances on various web and talk shows. Even The New York Times has weighed in, calling her “the Joan Rivers of the drag world.”

And now she’s adding ‘movie star’ to her growing resumé. Her film, Hurricane Bianca, was purchased by a distributor at Toronto’s Inside Out Film Festival, where the movie had its world premiere, this past May.

If that wasn’t enough to make a diva even more narcissistic, Del Rio is working on an upcoming non-fiction book, and a global comedy tour.

In Toronto for Pride weekend, Del Rio will be co-hosting Drag On! with icon Lady Bunny on July 2 from 2 p.m. to 11 p.m. at Yonge-Dundas Square.

“Expect the unexpected,” she previews. “When you give me and Lady Bunny two microphones and drinks, shit is going to go down. But it’s usually just her T-cell count.”

IN took our life in our hands by interviewing the force of nature to chat about the relevancy of Pride, hosting Drag Race, and the perils of social media.

Hurricane Bianca is described as a drag queen revenge comedy. With gays under attack in your country, it’s a pretty relevant narrative.
Well, yes, it’s crazy. In America, there are 29 states where you can get fired from your job for being gay. So my character, a schoolteacher, who is fired because he’s gay, returns as a new female teacher—Bianca Del Rio—to seek revenge on the ignorant townsfolk. As you can see, it’s a serious documentary [laughs]. It’s a serious topic but we deal with it comically.

It’s not even an argument: you’re the biggest star to come out of Drag Race.
That’s a great compliment, but what really helped me was that I was the oldest one who won the show. To have 18 years of drag on my resumé, I had a clear idea of who I am and what I wanted to do. I didn’t want to follow in the typical drag trajectory of doing a shitty song or appear in a video. I’m more grateful for the support than anything else. It’s been a great ride. You have to get out there and hustle. I’ve been working more and harder than ever.

Did you have a feeling you’d win Drag Race?
I didn’t think I would win because I didn’t cry; I wasn’t left at a bus stop as a kid; I knew who my parents were; and I didn’t have a disease; all of which usually makes for great TV. For me, it was just great to get through the challenges. A lot of time passed before the show aired, so I was happy with how far I got. I was lucky to be in the finals with two great people, Courtney Act and Adore Delano. Any one of us could have won. Winning has truly changed my life.

Where does Bianca start and Roy end?
I’m literally the same person. Obviously, on stage my cuntiness is a bit heightened, but it all comes from the same brain. And I’m not one of those people who become a different character in drag. It’s who I am and how I think. Especially in America, everyone’s too busy to be politically correct, so I’m taking this opportunity to be politically incorrect because we’re all thinking but no one wants to say it. 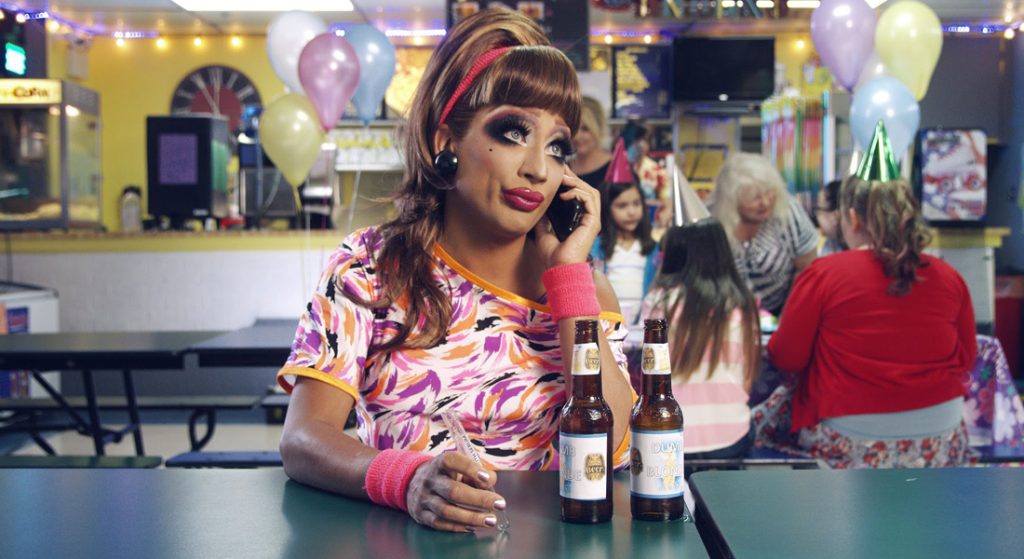 Comic drag appears to be making a comeback thanks to you and this year’s Drag Race winner, Bob the Drag Queen.
What’s great about Drag Race is that drag is as close to mainstream as it has ever been. But I also think it’s been hurtful because everyone is too focused on copying others and not being unique. Listen, a look is great, but that’s only going to get you so far. And do your drag history research. There are lot of icons from the past
you can learn from.

Are you happy with how gay culture and society have evolved?
With everything, things change and it can be overwhelming to think about it. We didn’t have the Internet or social media apps. Today, some people don’t know what it’s like to go to a bar and get their dick sucked. Or carry on a conversation. But when I’m in Paris and drunk in my hotel room, I can order shoes whenever I want thanks to technology; so I can’t really bitch too much because there are two sides to change. I’m pretty fortunate to know a lot of people from back in the day—and there are a few who should drop dead, like Lady Bunny—so it’s great they’re still around so we can hang
out, have a drink, commiserate and reflect.

What are your thoughts on Pride today? Should we reinvent it? Scale it down?
Reinventing it would be great. I’ve been able to do a lot of Prides and visit different cities. I’m always amazed at the turnout. I’m fine that people want to see me and take a selfie, but please realize what you are there for. That’s the hard part: they don’t understand the origins of Pride. I wish more people realized that as a gay community we had it really hard and they should be grateful they can walk the streets with their boyfriend and hold his hand. When I do Pride events, I try to remind everyone of that—without being too preachy.

What’s your romantic status if you don’t mind me asking?
[Laughs] It’s all good. I can’t complain!

Now that you’re famous, do you have to beat down the sycophants who might be more interested in Bianca than Roy?
It’s an amazing opportunity for me to do what I am able to do, but for me it’s a business. Bianca isn’t my identity. I surround myself with good people who I’ve known before this journey and along the journey. But I’m also 41 years old so I’m not clouded when people lick my ass. My friends are the ones who tell me the most hateful things—and I love it. You have to surround yourself with normal people. I don’t get lost in the madness.

Obviously the late, great Joan Rivers was one of your inspirations …
They say don’t meet your idols because you’ll be disappointed, but I was far more impressed after meeting her. She was a
businesswoman with a lot to do but she made time for me to do [the web series In Bed With Joan]. She could have been a total bitch but she was the opposite: very welcoming and kind.

How are you finding social media?
It’s great. I love it. With it comes a lot of people with opinions. To be honest, I don’t really care what a 13-year-old in Omaha thinks of my eyelashes. To be frank, suck my fucking dick! People get lost in social media: you can’t believe the positive shit or get worked up over the negative stuff. The minute it affects my life or health, it’ll be a concern. But other than that, people are going to type the shit they want. You’re not going to be everyone’s type of tea—and I really don’t care [laughs]. Back in the day, you had to walk up to a bitch and say, “I don’t like you,” and then they would punch you! That’s the real social life we used to live. Now, people write bullshit to someone they’ll never meet. Whatever, god bless.

Would you do Drag Race: All-Stars?
I don’t think I can go back. I came off as a saint, so the last thing I would do is go back. When you suck a dick, and it’s good, you’ve got to leave it as a memory. I don’t see the point of competing again, but you never know.

If RuPaul retires, you should host Drag Race.
That would be a dream! Sure. I’ll get my RuPaul voodoo dolls out!