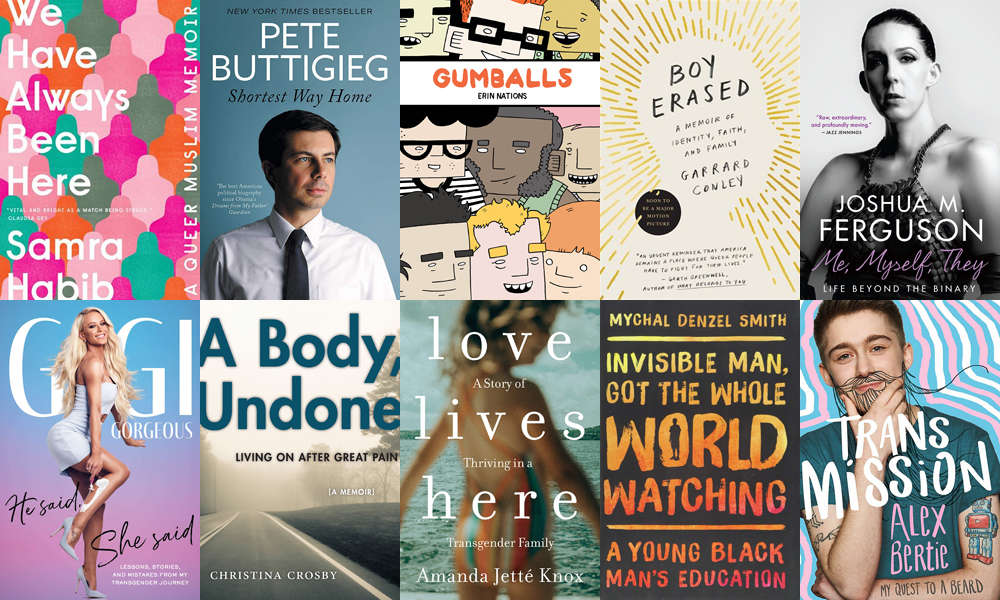 10 memoirs that explore a variety of different experiences, celebrating the diversity of life, love, and identity…

Forgive me for using a cliché, but it’s true: whenever I read a non-fiction memoir, I feel as if I am granted the privilege of walking in someone else’s shoes for the day. For those four or five hours, I am reminded of the profound power that storytelling has. How else can you spend a day getting to know the intimate details of another real person’s life, reading their thoughts, imagining their sights, witnessing their actions, and reflecting on their memories?

So, as much as I love fiction, I always make sure to add an autobiography to my reading list as well. With this in mind, here are 10 memoirs to read this summer that explore a variety of different experiences, celebrating the diversity of life, love, and identity.

We Have Always Been Here: A Queer Muslim Memoir
By Samra Habib
Samra Habib grew up in Pakistan in a Muslim sect deemed blasphemous by Islamic extremists and then journeyed to Canada with her family, where she was met with further discrimination, threats to her individuality and freedom, and policing. In this memoir, she meditates on faith and her path as a queer Muslim, as a refugee, and as a creator and activist.
Get it here: Amazon | Indigo

Shortest Way Home: One Mayor’s Challenge and a Model for America’s Future
By Pete Buttigieg
In 2011, Pete Buttigieg was elected Mayor of South Bend, Indiana. At 29 years old, he was America’s youngest mayor. Now, the 37-year-old politician, anti-gun violence activist, and Afghanistan veteran has thrown his name in the hat for the 2020 presidential election. In this memoir, he recounts his career up till now, as well as the love story between him and his husband, middle-school teacher Chasten Glezman.
Get it here: Amazon | Indigo

Gumballs
By Erin Nations
If you’re looking for a unique reading experience, give this comic book a try. This collection of quirky comic strips by cartoonist Erin Nations convey moments from childhood as a triplet, being an awkward teenager, and his gender transition.
Get it here: Amazon | Indigo

Boy Erased: A Memoir of Identity, Faith, and Family
By Garrard Conley
Here is the book behind the major blockbuster film, starring Nicole Kidman and Russell Crowe. In this moving memoir, Garrard Conley describes his experience as the gay teenage son of Baptist pastor, being forced to attend a heartbreaking church-supported conversion therapy program, and eventually finding healing and truth.
Get it here: Amazon | Indigo

Me, Myself, They: Life Beyond the Binary
By Joshua M. Ferguson
In 2018, activist and filmmaker Joshua M. Ferguson became the first person in Ontario to be granted an “X” designation on their birth certificate as a non-binary trans person. In this memoir, they reflect on their childhood, process of gender evolution and fluidity, and survival of sexual assault, depression, and gender conversion therapy trauma.
Get it here: Amazon | Indigo

He Said, She Said: Lessons, Stories, and Mistakes from My Transgender Journey
By Gigi Gorgeous
When she was teenager, she was a gay Canadian named Gregory. Now, she is a 27-year-old model, actress, and beauty vlogger, and a transgender lesbian woman planning her wedding to the love of her life and trying to start a family, named Gigi Gorgeous. This glossy tome is part glamorous photo spread and part intimate meditation on her coming of age and experience transitioning.
Get it here: Amazon | Indigo

A Body Undone: Living On After Great Pain
By Christina Crosby
After a fateful accident during a bike ride, Christina Crosby—a successful professor who lived with her partner Janet and their dog Babe—was paralyzed from the neck down. In this vulnerable book, she reflects on disability, feminism, sexuality, pain, and the body.
Get it here: Amazon | Indigo

Love Lives Here: A Story of Thriving in a Transgender Family
By Amanda Jetté Knox
Amanda Jetté Knox, a Canadian writer, human rights activist, and public speaker tells the story of marrying the love of her life at 20 years old and starting a family. After her son came out as transgender, she became an advocate for trans rights. Then, her husband also came out as transgender. This powerful memoir serves as a testimony that marriage can survive transition and that a family can thrive in love and diversity.
Get it here: Amazon | Indigo

Invisible Man, Got the Whole World Watching
By Mychal Denzel Smith
In this book, Mychal Denzel Smith reflects on what it means to be a black man in America, his coming of age and politicization, and his feminist and LGBTQ rights advocacy.
Get it here: Amazon | Indigo

Trans Mission: My Quest to a Beard
By Alex Bertie
This book, targeted for a young adult readership, can be enjoyed by any age group. In it, Youtube personality Alex Bertie provides an inside look at his experience as an isolated and scared transgender teen, grappling with questions about his gender and sexuality.
Get it here: Amazon | Indigo 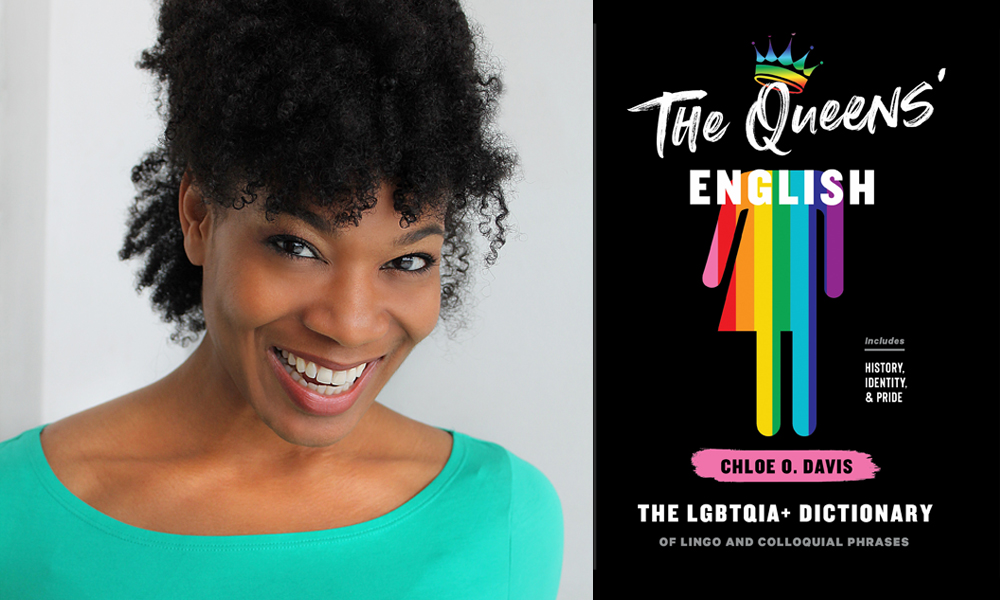 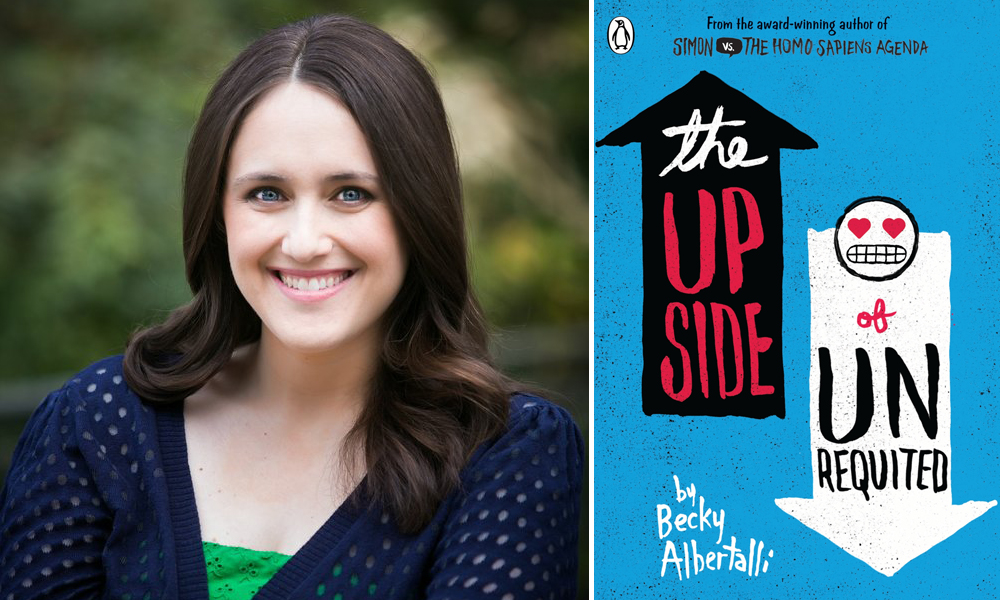 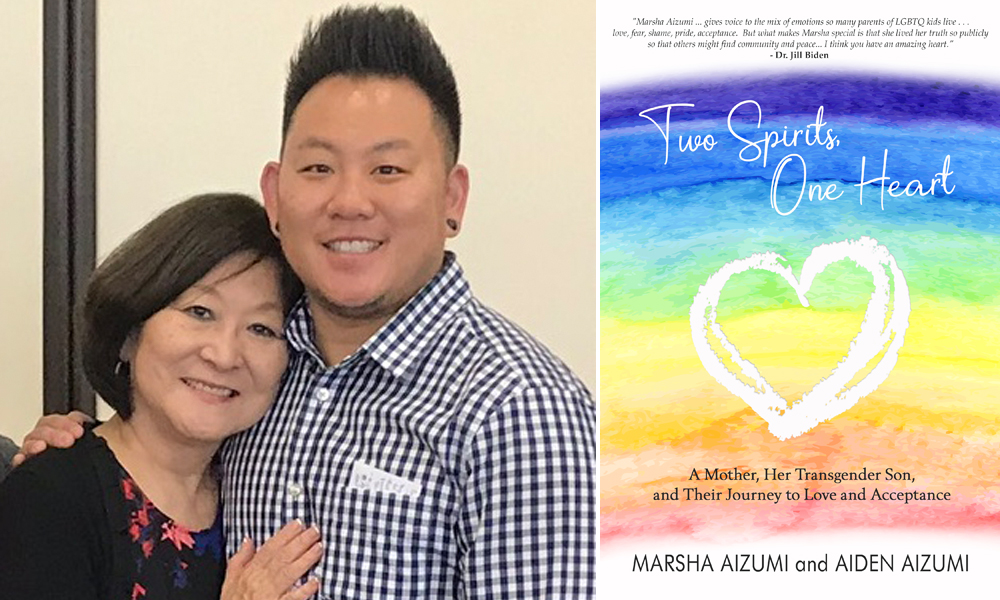 Marsha Aizumi’s Co-Written Memoir Of Acceptance Has Been Republished