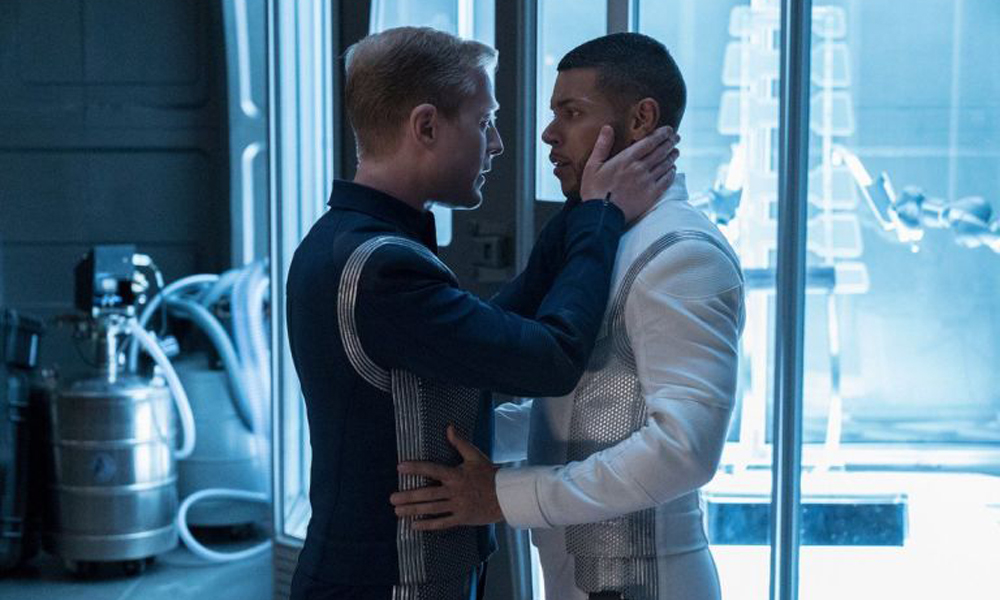 Finally, they boldly went there! A recent episode of Star Trek: Discovery featured a kiss between two men, a first in the sci-fi franchise since it began half a century ago.

Lt. Paul Stamets (Anthony Rapp) and Dr. Hugh Culber (Wilson Cruz) shared the ground-breaking smooch in a tender moment during the mid-season finale. You can witness all 10 glorious seconds of the kiss below:

Rapp and Cruz, both openly gay and long-time friends in real life, had already made franchise history before. Stamets, a scientist, and his partner Culber, a medical officer, are the first openly gay couple in an ongoing Star Trek show.

For many Trekkies pushing for inclusion, the scene was about time. Cast included; Cruz shared queer director Allan Brocka’s approving tweet of the kiss scene.

Once more with feeling. ❤️🖖🏽 https://t.co/TTyXrFDrCl

For those not following the CBS series, Star Trek: Discovery serves as a prequel to the original Star Trek run. Tackling mature themes and more serious in tone than Trek predecessors, the show has received both praise and criticism from fans for its focus on diversity.

With executive producer Bryan Fuller at the helm, it’s easy to see why the show’s making efforts to make LGBT representation more visible. As Advocate reports, he’d been trying to get a gay character onscreen for over a decade before succeeding with American Gods.

He promised Star Trek: Discovery would have at least one gay character before the show began in a 2016 interview with Entertainment Weekly. Fuller revealed that as a gay staff writer on Star Trek: Voyager, he would receive hate mail because of rumours a gay character was to appear on the show.

While a historic moment as the first kiss between two men in Star Trek, it’s not the first LGBT smooch for the sci-fi franchise. Jadzia Dax and Lenara Kahn locked lips in Star Trek: Deep Space Nine in 1995, at the time considered one of the first televised lesbian kisses.