Ready for a renaissance

COMMUNITY:
Can The 519 Village Study help bring back the golden age of the Church/Wellesley neighbourhood?

Standing in a dusty unpaved laneway off Church Street between The Beer Store parking lot and Pizza Nova, Jane Farrow is asking the 40 or so people gathered around her to imagine the lane as something else. A green space? A pop-up retail outlet? A special events venue? If Toronto were Tokyo, Farrow imagines a tiny orphaned space like this, right in the heart of the city, might have something like a movie theatre squeezed into it. But the only thing squeezed here are the bins full of smelly garbage.

“You might be, ‘More condos—can’t deal.’ But if you can’t stop them, you can get ahead of the plan,” says Farrow. “If you’re just opposing, the decisions may get made for you. It’s kinda awkward. What do you think?”

Former CBC radio host, City Hall staffer and founding executive director of Jane’s Walk (janeswalk.net), Farrow is leading this urban tour-cum-focus group as part of The 519 Village Study. Funded by the city and TD Bank, the study aims to take the pulse of the Church/Wellesley neighbourhood—roughly Bloor to Carlton, Yonge to Jarvis—and determine where its future might lie. Relying on input from 49 stakeholders, a survey of 1,500 people and public brainstorming sessions, the enterprise has a soul-searching long-term outlook: What can be done to ensure the LGBT hub has a major role in the life of the city?

But the study’s stakeholders are also looking for results that are quick, dramatic and crowd-pleasing. Launched just weeks ago, a draft of the study will be presented this Pride Week to get things rolling to spruce up the neighbourhood for Toronto’s World Pride celebrations—a short year away—and for the 2015 Pan American Games, during which The 519 Church Street Community Centre will host Pride House and the Ryerson University Athletics Centre in Maple Leaf Gardens will host basketball.

While the team of researchers, planners and community types working on the study all hold firm to the idea that Toronto needs an LGBT hub, they are also aware that increased legal rights and social acceptance for Canadian queers, combined with the power of the Internet to bring far-flung people together, have changed how LGBT people connect. Gay bars and bathhouses, the historic focal point of urban gay male life, now compete with dozens of websites, apps and gay-friendly hot spots all over the city. It’s become fashionable to declare that we no longer need the village. Last month, when I suggested to a guy I met online that we meet in person on Church Street, his reply was: “Ewwww no village lol.” It’s hard to avoid the sense that the village’s golden age is behind it. When Farrow directed her tour to its next stop, she declared: “I’ll meet you past Zelda’s, after where The Steps was,” naming two landmarks that no longer exist.

Meanwhile, central Toronto is experiencing a frenetic cultural renaissance. Cool shops, restaurants and bars are popping up in the most unlikely spots. Mobs of young hyper-social condo dwellers trip over each other on Queen, Dundas, Bloor, College and King. So perhaps LGBT people have been asking the wrong question about the village. Italians don’t wonder if they need Little Italy—it’s just a fun place to hang out. What the study must get at, what we’ve never had the luxury of asking ourselves before, is what kind of village do we want? And, more dauntingly, can we get something that looks like what we want—confident, sexy and stylish—before WorldPride lands on our doorstep in 2014? The 519 Village Study has just one year to deliver what village connoisseurs have been waiting decades for.

Paul Farrelly, a founder of the Church Wellesley Neighbourhood Association (cwna.ca) who moved to the area in 1987, dates the village’s state of flux back to the closure of the CBC building on Jarvis in 1992 and the closure of Maple Leaf Gardens in 1999—a hell of a long time to be in limbo. Before that  the area’s ultra ritzy steakhouses started to dry up. Gay men might suggest the place started unravelling with the closure of Boots in 2000, the closure of the original Barn/Stables in 2004, the closure of This Ain’t the Rosedale Library in 2008 or the closure of St Marc’s bathhouse in 2010. When I ask about the virtues of the village, Farrelly, like most everybody I talked to for this story, skips over any praise for its physical form, instead using words like “open,” “tolerant,” “inclusive.” “It lives in two worlds. It lives in the old world of the people who were here before it was a decidedly gay neighbourhood,” says Farrelly. “Then there’s what it means to LGBTQ people.

It’s a community of the imagination.”

Although the neighbourhood is historic—home of the 1981 bathhouse protests and Toronto’s Pride celebrations since 1984—little of that history is visible to the casual observer. Michael McClelland, principal of ERA Architects (era.on.ca), worked on the Loblaws Maple Leaf Gardens development and is contributing to the historical and cultural component of The 519 Village Study. He agrees that it’s the feeling of the neighbourhood, rather than its look, that makes it special.

“The public realm means all kinds of people are on the street; women feel safe at night. We think of that as a given, but we really need to treasure that,” says McClelland.

Enthusiasts like to call the village a “place of arrival” for newcomers, especially LGBT newcomers who will put up with the nuisances of downtown living in order to be staggering distance from the bars and transit. But many of the area’s virtues have, over time, become limitations. The prime central location has driven up property values, so residents have gotten older, richer and less interested in a loud and proud nightlife. As a shopping destination, the village is dauntingly close to heavy hitters like Yonge, Yorkville and the Eaton Centre.

“I’ve lived in the Castro in San Francisco, in West Hollywood and the village,” says Tae Hart, a psychology professor at Ryerson University who now calls Leslieville home. “I would say I see a lot more older guys in the village than in other cities, which I appreciate. It’s wildly safer than those other places, but it doesn’t have the sparkle that it could have.”

Sparkle requires special conditions. Unlike Queen West and Dundas West, which are able to cough up a seemingly endless supply of low-rent storefronts for the use of buzz-making entrepreneurs, the village is no place for trend-chasing experiments. When it closed its basement location this winter, Flatiron’s was reportedly paying $3,000 a month. Woody’s pays an annual $100,000 realty charge—on top of its monthly rent. No wonder people complain there’s nowhere good to eat on Church Street.

“High rents make it difficult to attract risk-takers and innovators,” says Liz Devine, co-chair of the Church Wellesley Village BIA (churchwellesleyvillage.ca). “Landlords are reluctant to risk renting space to people who don’t have a track record.”

Institutionally, Toronto’s village easily bests rivals like San Francisco’s Castro, New York’s Chelsea, Chicago’s Boystown or Montreal’s Rue Ste-Catherine. The 519 hosts a wide array of queer organizations and activities, providing users with cheap or free space that gives them a presence they could not otherwise afford. Buddies in Bad Times Theatre manages to keep its spaces buzzing even between productions. Pride Toronto hosts one of the biggest annual events in Canada. And theCanadian Lesbian and Gay Archives’ new digs on Isabella provides a showcase for queer culture and history.

And to describe newer venues like Church on Church, Smith, Boutique and Fuel as “tired” seems patently unfair. The village may seem sleepy on a Saturday afternoon compared to the Entertainment District, but it’s after midnight when it shows its true colours. The dilemma is how to fill in the gaps between these assets and convince a sometimes jaded community that cool people, as well as seniors and fresh-off-the-boat newcomers, hang out in the village.

You have to wonder how fabulous Church Street would look if Harold Madi were appointed emperor. A partner at The Planning Partnership, the urban design firm spearheading The 519 Village Study, Madi used to live at Yonge and Maitland and, though he’s straight, he knows the neighbourhood inside out and upside down. Within a few minutes of chatting, he’s suggested retail on the ground floor of Progress Place, integrating The Beer Store and its dreary parking lot into a larger development and turning the parking lot next to O’Grady’s into a green space. And he’s just getting started.

“It’s an area that seems ripe with opportunities that haven’t been realized,” says Madi.

As he and his partners pull together all the study’s feedback, Madi has discovered another of the village’s virtues: the hunger to make the best of things. Though the sidewalks “are mean,” they are packed on the weekends. Pride and other village festivals demonstrate a willingness to close the streets, inconveniencing drivers for the sake of a good time. “People here are not about no, they’re about yes. We’ve done work in communities where there’s a lot of pessimism and cynicism.

Parts of the wish list that will likely emerge from the village study—like widening the sidewalks and attracting developers who will provide more small-scale retail spaces—will take lots of time and the cooperation of many stakeholders. Other aspects of the plan will have to come together much more quickly. The pace of the process has been breakneck. The 519 wants the study to make an impact before World Pride, in the hopes that improvements realized there will create momentum for long-term changes that depend on the enthusiasm of landlords, developers, city officials and business owners.

Coming out of its own recent village study, the BIA is going ahead with a mural project that will see village buildings emblazoned with depictions of historic events by the end of this year. Over the summer, some of the street’s parking spaces will be transformed into green-space parklets—fun in themselves, but also a test of the appetite for permanently eliminating a lane of traffic. Making a good impression at World Pride is paramount. London’s 2012 World Pride was largely considered a PR disaster, so the knives of the world’s LGBT media will be at the ready.

“What the street needs is a big bold idea for World Pride,” says Madi. “It can’t be little landscape strips and a couple of flags.” I suggest painting everything in the village pink. Madi laughs. “That would be a demonstration of one singular coherent idea that resonates. When you have thousands and thousands of people on the street, what can make a real impact? We need to think vertically. We need to think horizontally. We also need to think realistically about what we can implement.”

Can a project that’s come together so quickly satisfy nay-sayers who consider the village passé?

“People will notice and they’ll be proud of what they see at World Pride,” Madi says, “and it will build momentum for a true
transformation.” 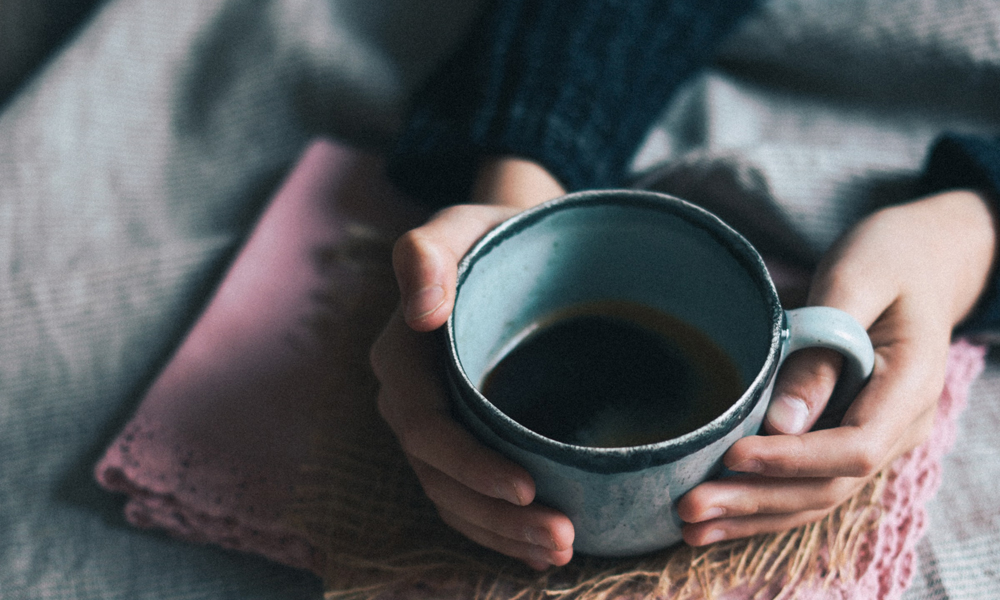