The queens make their unauthorized Rusical debut, and slay on the runway dressed head to toe in sunshine yellow…

Last week we said goodbye to LaLa Ri, after she floundered in the improv challenge and a passionate lip sync against Elliott with 2 Ts. This season started unusually and has remained unpredictable since. There is certainly no shortage on surprises. Next to the Snatch Game, the Rusical episode of each season have quickly become fan favourite episodes. Last year we were walked through the many eras of Madonna in one of the best Rusicals to date, so the expectations are high for tonight’s brand new original Rusical. Let’s get into it!

We meet up with our queens back in the werk room following LaLa Ri’s elimination last week. All of the queens are sad to see LaLa go as she was such a bright presence in the werk room. The queens congratulate Olivia on her second win in a row. In confessionals Utica can’t help but notice that everybody she seems to help keeps winning. On the couches, Utica tells the others that she’s proud of all of them, and knows she’s doing her personal best. Denali is feeling the blues after walking the runway in a chandelier last week and only being safe. Queens are continuing to be eliminated, and Symone says it doesn’t matter if you were in the original winner’s circle or not…you could be going home next. 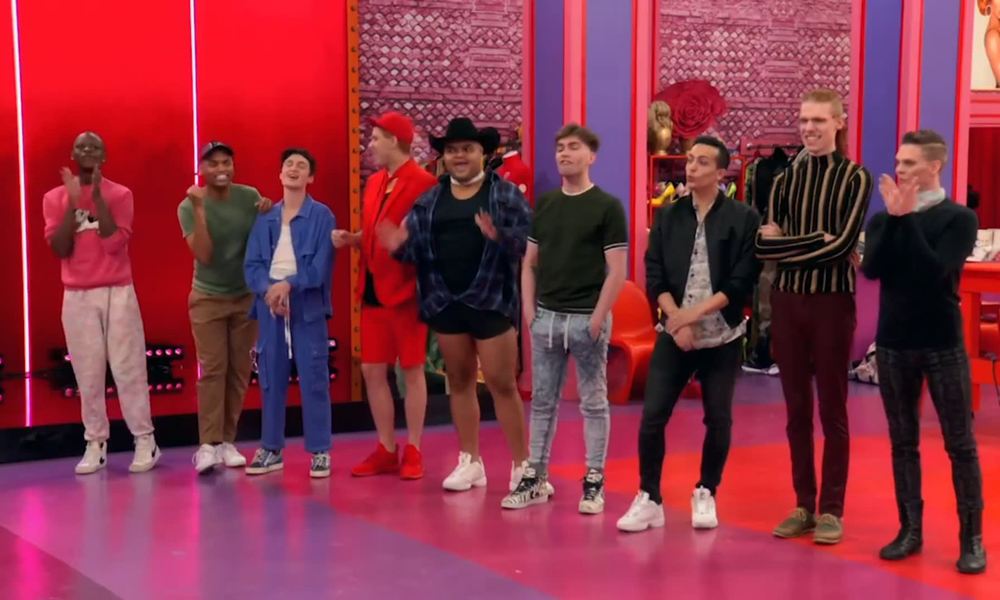 It’s a new day in the werk room, and Kandy proposes that after the season the queens all live together somewhere in LA. This is of course an elaborate plan to seal the deal with eliminated queen Joey Jay. Ru enters the room and tells the queens this week’s maxi challenge is Social Media: The Unauthorized Rusical. The queens will be recording their own vocals, learning choreography, and playing different social media platforms in an all new Rusical. The queens get to it and start assigning the roles. Most of the queens get the immediate parts they want. Rosé and Denali fight for the same role of Foxy. The queens come up with an idea to have audition for the part. After they vote for Rosé to take the role, Denali is feeling a little defeated, but the show must go on. As they’re preparing for their performance the queens get a video chat from the Queen of Genovia and Drag Race superfan actress Anne Hathaway! She shockingly reveals she was the ninth choice for the role of Andy in The Devil Wears Prada. She gives the queens tips and pointers on how to be a musical star, and tips to stand out in the rest of the competitions. Is there anything she can’t do? 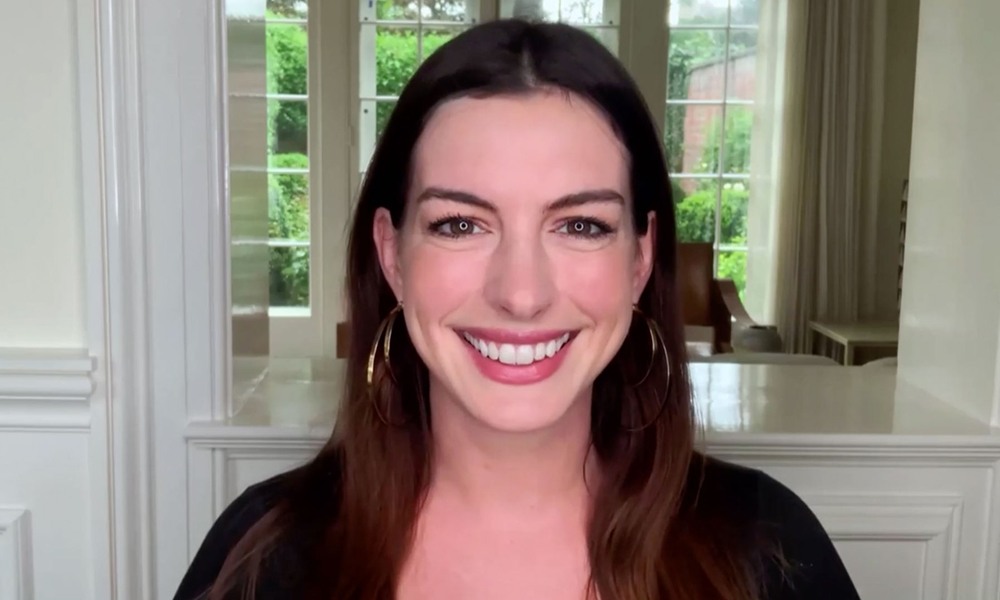 Out on the main stage it’s time for the queens to record their vocals for the Rusical with Michelle. Tina starts strong, and a lot of the queens impress Michelle with their vocal abilities. The Rusical is shaping up to possibly be one of the show’s best. Utica struggles through her tongue twisting lyrics but gets it all eventually. Next up, the queens learn their choreography for their individual numbers. It goes just about how you would expect a Drag Race dance rehearsal to go. Some queens nailed it, and others… definitely tried really hard, and I’m proud of them for that. I’m sure they’ll pull it together for the performance… they always do.

It’s elimination day in the werk room, and as the queens get ready for their Rusical debut they talk about their experiences on social media. Kandy talks about her tweet that went viral (the famous sitting alone in VIP), and how becoming a meme boosted her social media presence. Kandy says unlike others who have become internet memes, she still loves it. Tina Burner reveals she used to dateDrag Race UK judge, and Irish treasure Graham Norton. The conversation moves to celebrity crushes and finishes with Denali admitting she had childhood crushes on animated Disney princes.

Out on the runway, Ru introduces the judges, as well as this week’s guest choreographer Jamal Sims. The Rusical opens with Tina Burner in a very Cabaret performance. It moves through each queen playing a different spoofed social platform. Olivia is Facebook, Symone is Instagram, Kandy is LinkedIn, Utica is Twitter, and Elliott is TikTok. The standout of course being Rosé’s solo number, as well as Denali and Gottmik’s Russian twin hacker bit. While this performance had strong parts, it didn’t blow me away as one of the best. It was alright, and in the wise words of Tamisha Iman, I said what I said. 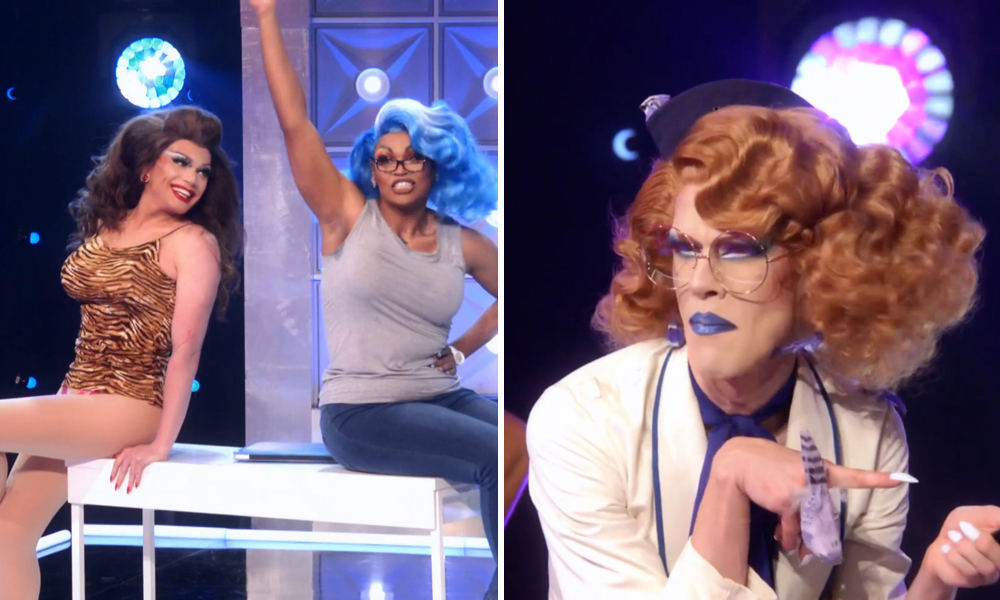 Following the Rusical, the category on the runway is Yellow Dolly! All of the queens look stunning in head to toe sunshine yellow. After the runway Ru announces Olivia, Utica, and Elliott are safe for the week, with the rest of the queens representing the tops and bottoms. The critiques start with Tina, the judges love her yellow taxi runway look. Michelle said she lost a lot of the power from her vocal recording in the performance. According to the judges, she even stopped lip syncing before she died on the stage. Will this send her to the bottom this week? The judges ate up Symone’s runway look, but agreed her performance wasn’t high energy enough to be showstopping. Kandy was also critiqued for her messy performance in the Rusical but praised for her Lemonade inspired look. The judges loved Rosé’s performance top to bottom, although she did get read a little but for an orange-ish runway look. Denali slayed her Russian role, and the judges agree. That goes for her twin Gottmik as well. Not bad for a couple of supporting characters. 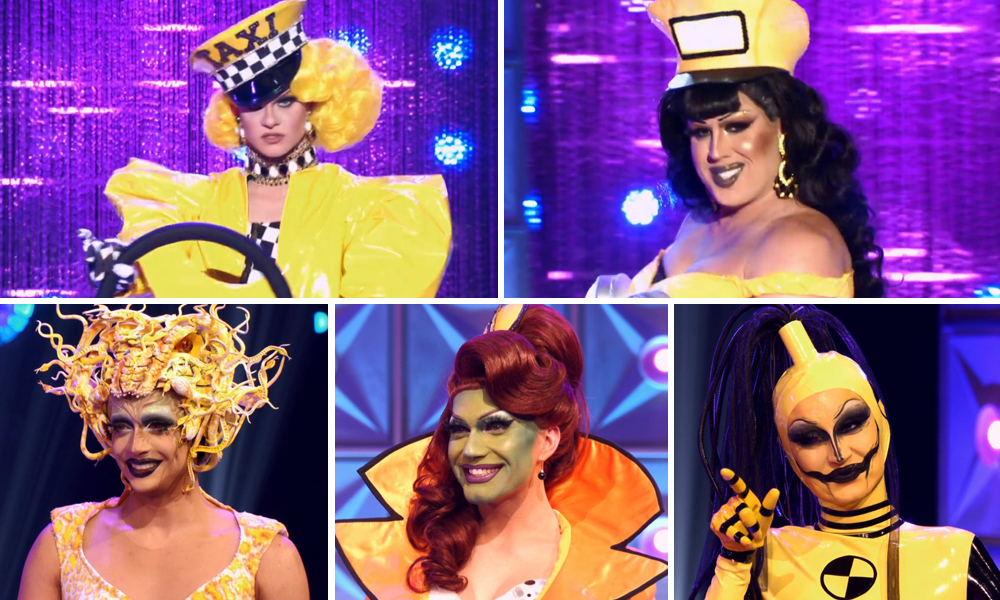 After the judges deliberate, Ru announces Rosé is the winner of this week’s maxi challenge. Gottmik, Denali, and Tina Burner are safe for the week. This leaves Symone, and Kandy at the bottom, and both up for elimination. The bottom queens lip sync for their lives to “Bo$$” by Fifth Harmony. Both of these queens are giving this lip sync their all, it’s impossible to think of either of these strong queens getting eliminated. Ru announces Symone is the winner of the lip sync and sends Kandy Muse home. After Kandy finishes saying her goodbyes, Ru stops her halfway out the door and says she’s not ready for Kandy to leave… and she lives to slay another day! 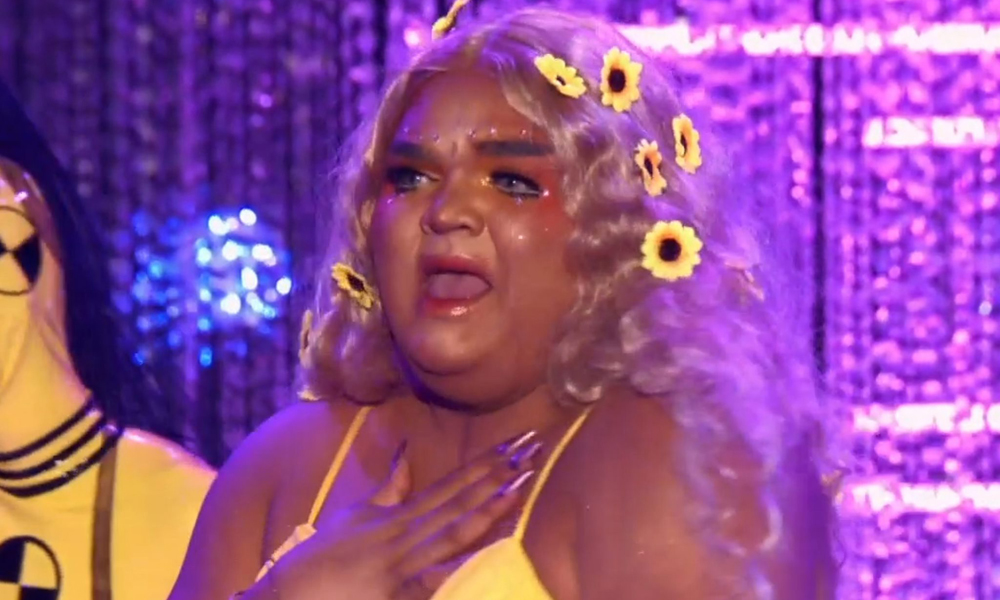 Front runner of the week: Rosé all day baby! She slayed on the main stage this week, and we’re excited to see what she does next.

Tonight’s burning question: We’re eight episodes, and halfway into this season, and we’ve only seen four queens sent home. Do we have a couple of double eliminations coming our way?

What we’ll see next week: It’s Snatch Game time!! Who will slay, and who will give us second-hand embarrassment? It’s a make-or-break challenge… get ready!

Need more Rusicals in your life?: Read our definitive ranking of all of the musicals on RuPaul’s Drag Race (NOW UPDATED!) right here!