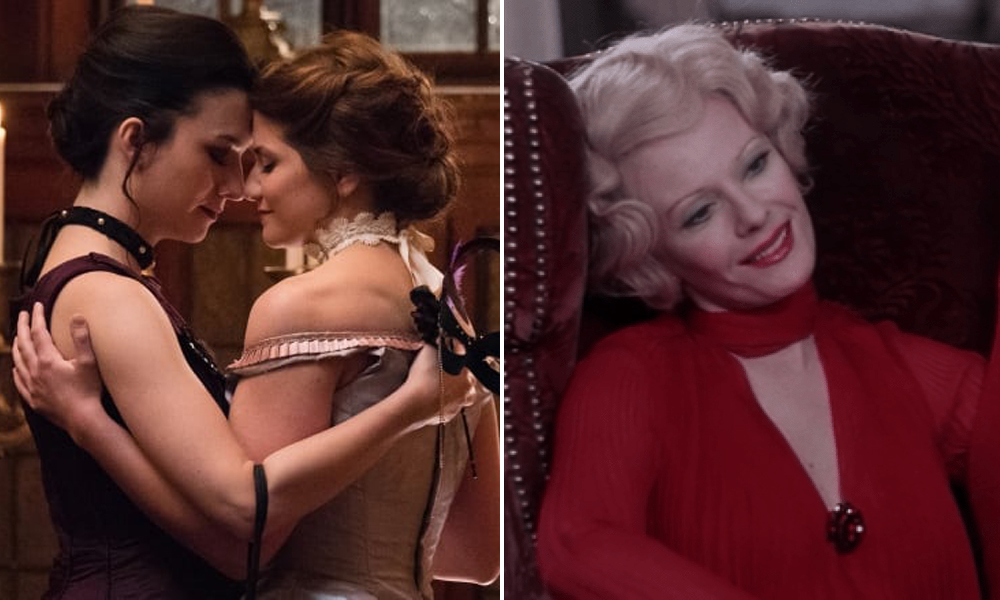 A fun double feature for your Halloween viewing…

A new take on an old classic and a restored version of another classic, both featuring lesbian vampires, offer a fun double feature for your Halloween viewing. 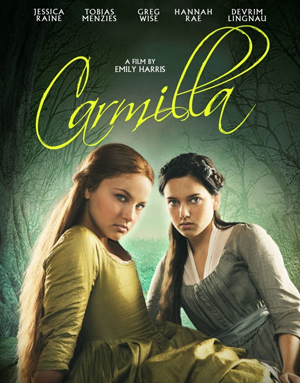 When it was first published in the 19th century, J. Sheridan Le Fanu’s novella Carmilla no doubt shocked readers. Carmilla is the story of a female vampire, and it predated Bram Stoker’s legendary novel Dracula by some 25 years. What was shocking about Le Fanu’s prose is that the titular vampire was a lesbian. At a time when society would not admit that homosexuality existed, the undead Carmilla displayed a yen for young ladies.

In 1970 Carmilla was filmed by England’s Hammer Films as The Vampire Lovers. That film flaunted its sexuality and was a huge hit with audiences, though, despite Carmilla’s lesbianism, The Vampire Lovers was a fairly traditional horror film, filled with drafty castles, fog bound graveyards and chilly crypts.

Now comes a new take on Carmilla. Just released on DVD and streaming at Vudu, this British film offers a darkly sensual vision of the classic tale. Like the novel, the new film is simply called Carmilla.

Set in the late 18th century, the film tells the tale of teenaged Lara (Hannah Rae) who lives in an isolated country house with her widowed father, a few servants, and her very strict governess Miss Fontaine (Jessica Raine). It’s a lonely life, a life filled with harsh discipline. But all that changes after a mysterious carriage crash near the house finds an injured young girl (Devrim Lingnau) recuperating in a spare bedroom. While Lara’s father sets out to find the girl’s family, Lara and Carmilla slowly come to feel a growing attraction to each other. For Lara, their relationship is an awakening of her own suppressed desires, which horrifies the puritanical Miss Fontaine. Lara and Carmilla soon become “blood sisters”, cutting their hands and licking each other’s blood. Is Carmilla a vampire? Though the V word is never uttered during the film, it soon becomes apparent that she indeed is one, and that Lara is not her first victim.

“Carmilla” was simply shot in a real house on the English countryside. The candle lit abode is often bathed in shadows, while the sun never shines over the surrounding hills. This gives the film an ever encroaching sense of dread and makes Carmilla’s seduction of Lara feel all the more eerie. Raine is superb as the austere Miss Fontaine, while Rae and Lingnau offer a dark sensuality as the bloodthirsty lesbian couple. Emily Harris’ assured direction keeps the film moving. Despite its somewhat slow pace, Carmilla‘s 96 minutes pass fairly quickly. For those in the mood for something a little bit different, Carmilla may be what you’ve been waiting for.

Film Movement’s DVD of the film includes a making of documentary which includes interviews with Harris and members of the cast. 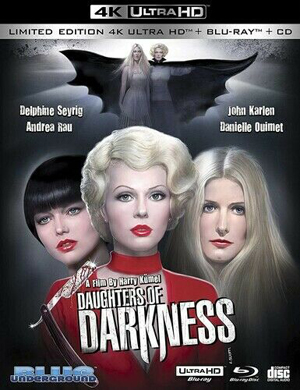 And if Carmilla weren’t enough to whet your Halloween appetite, Blue Underground, purveyors of cult cinema, presents a stunning new 4K restoration of Daughters of Darkness, the beloved 1971 cult film about a lesbian couple, both vampires, who prey upon a pair of newlyweds at a desolate Belgian hotel. The husband is bisexual and is on the run from “mother”, his sugar daddy. Blue Underground’s print is scanned from the film’s original 35mm camera negative for this special Blu Ray release.

The disc is chock full of extras, including separate commentary tracks with writer/director Harry Kumel and co-star John Karlen (Dark Shadows), who, to the delight of some DS fans and to the shock of others, appears nude in the film. There are also interviews with co-stars Andrea Rau and Danielle Ouimet, a souvenir booklet, and a soundtrack CD, among other extras. Though the film was shot in Belgium the actors speak in English.

Delphine Seyrig, who in 1971 was a huge star in European cinema, heads the cast as Countess Elizabeth Bathory, a centuries old Hungarian noblewoman who retains her youth by bathing in female blood. She’s accompanied by her “secretary” Ilona (Andrea Rau). The two are staying at a deserted seaside hotel where they meet Stefan and Valerie (John Karlen, Danielle Ouimet), the aforementioned young newlyweds. The Countess develops an attraction to Valerie, while Ilona is interested in Stefan. The two couples become engaged in a highly erotic game of cat and mouse as the vampirism of the Countess and Ilona becomes apparent.

Daughters of Darkness is an elegant, beautifully shot film, and evokes a kinky sensuality. Seyrig is sensational as the immortal countess. It’s impossible to take your eyes off of her when she smiles with her ruby red lips–she is the perfect seductress, at once creepy and profoundly sexy.

The deserted hotel setting creates the perfect atmosphere for this chilly tale of forbidden sexual delights. Like Carmilla, Daughters of Darkness is something a bit different, a Halloween tale for those who prefer their horror films to be a bit more adult in nature.

Daughters of Darkness is also streaming at Tubi TV, though this is not the restored version. 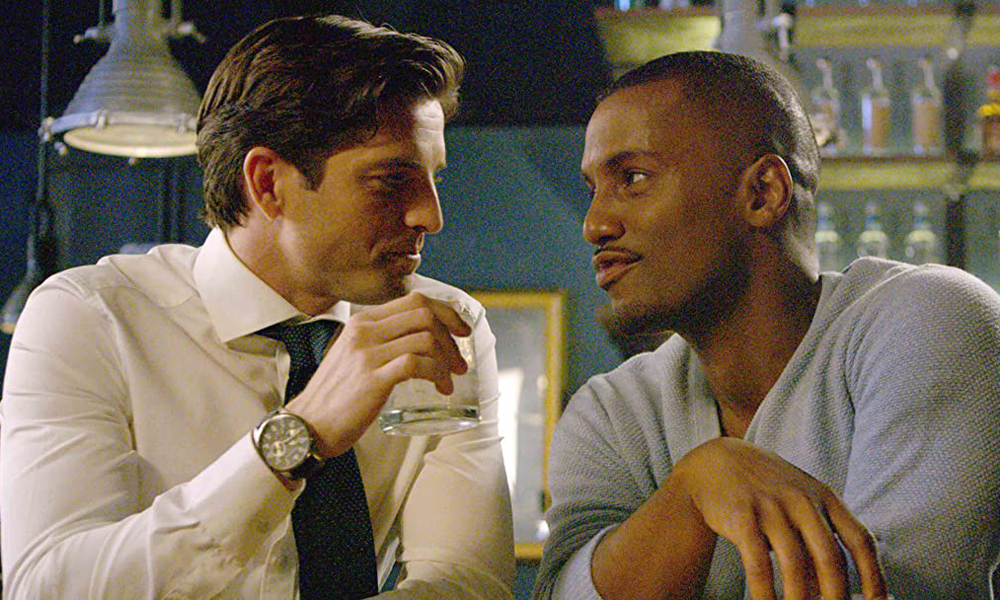 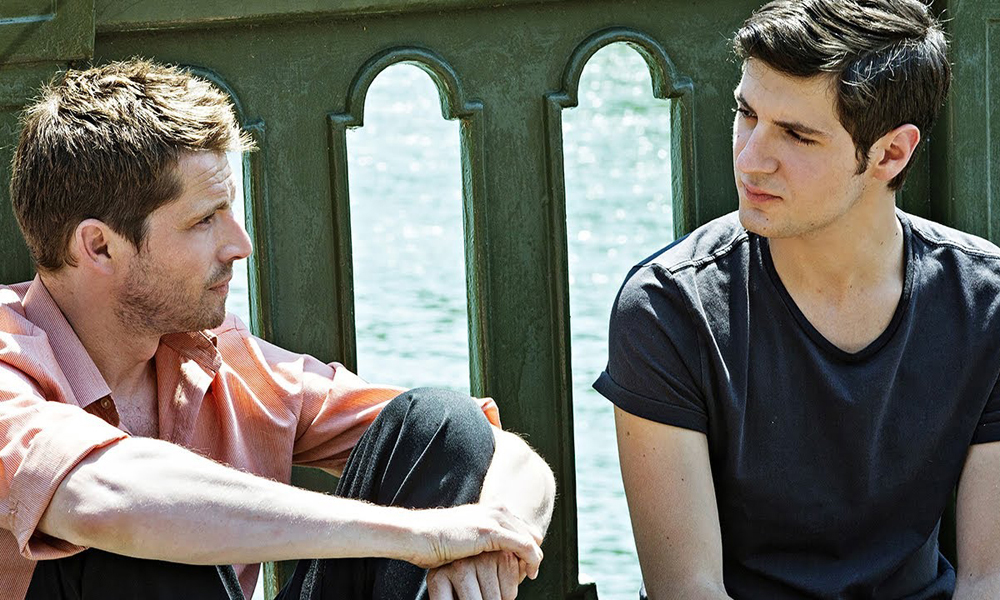