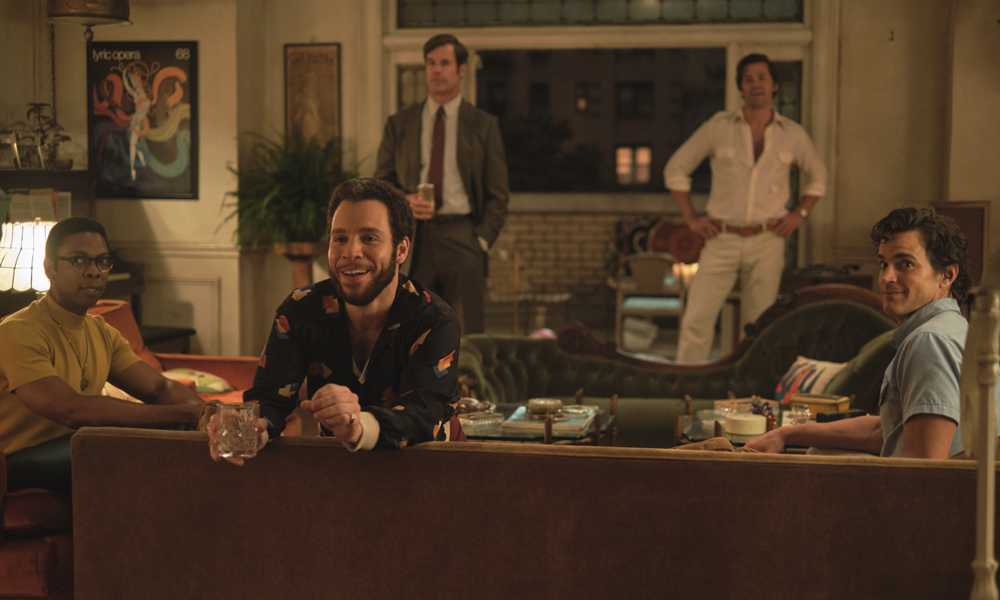 The Boys in the Band shocked and stunned audiences when it premiered in 1968. Likely the first unapologetically gay theater piece in American history, Mart Crowley’s play dealt with a group of gay men at a birthday party. The self loathing that so many gay men lived with at that time was a recurring theme in Boys. There were lines around the block at Theater Four, the off-Broadway house in New York where the show was first mounted. Audiences had never before seen anything like The Boys in the Band, and the show became the chic thing to see. A film version was produced in 1970 starring the original stage cast.

Over the years The Boys in the Band became something of a legend in the gay community and was revived occasionally. In 2018 the play finally made it to Broadway in a highly acclaimed production which featured an all-gay cast. Jim Parsons of The Big Bang Theory, Zachary Quinto (Star Trek) and gay movie star Matt Bomer headlined the revival, which was put together with the full participation of Crowley. Now Ryan Murphy (Glee, American Horror Story) has produced a new film version of The Boys in the Band in which the entire 2018 cast reprise their roles. The film will premiere on Netflix on September 30.

It’s a stunning production, a reminder of what it meant to be gay a half century ago. Homosexuality was not generally accepted by society in 1968, so many gay men were forced to be “discreet” in front of their neighbors and straight friends. Parsons and Quinto are revelations as two gay men, allegedly best friends, who seem to be involved in an endless game of cat and mouse with each other, each always trying to best the other. Parsons is heartbreaking as Michael, a “bitchy queen” who turns to religion in the hope that he can become straight. Quinto’s performance as Harold, a gay man who can barely stand looking into a mirror, is a sad example of the shame that so many gay men lived with at that time. Brian Hutchison is also memorable as Alan, a married man living a seemingly straight life but who might also be gay. Or is he? 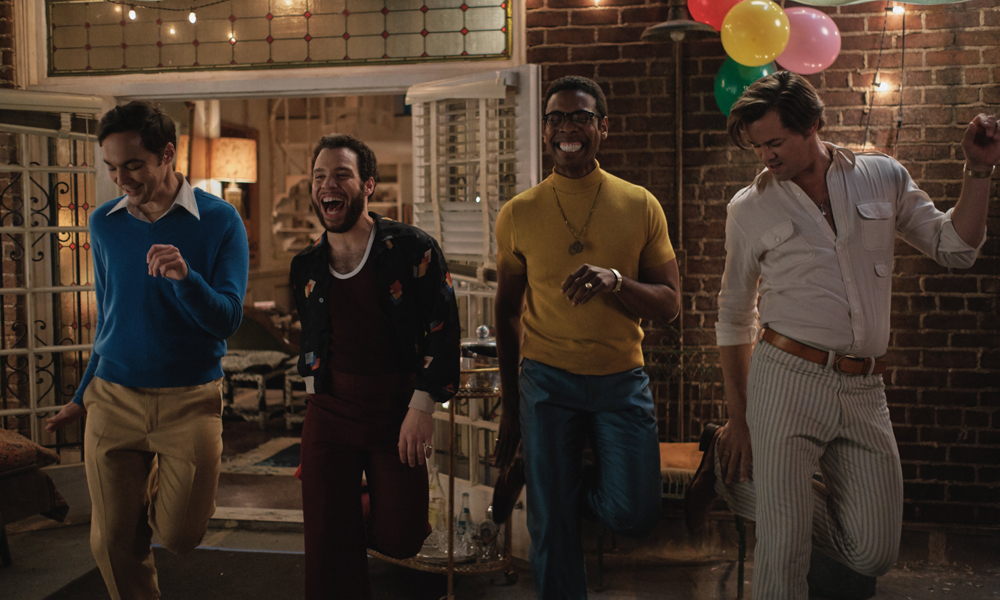 A conversation with Robin de Jesus
Another memorable character is Emory, a flamboyant, effeminate queen with a campy sense of humor. Emory is played in the new production by Robin de Jesus, an actor with a history of appearing in gay theatre. In 2010 he received a Tony nomination for his performance as Jacob, the housekeeper, in the drag musical La Cage aux Folles. He was once again nominated for his performance as the scene stealing Emory.

“Emory is someone who is unapologetically, authentically, radically, self lovingly himself,” de Jesus said. “And he refuses to compromise who he is, despite societal norms. He knows that the other option to hide who he is will lead to a very sad life. And so why not just go out fucking being you?”

de Jesus noted that the cast had a great rapport when they shot the film, having already developed their onstage and offstage relationships when they did the play.

“We were lucky that our director Joe Mantello and our producer Ryan Murphy let us know that the intention was to do a Broadway production, the first Broadway production of the play, with the intention of turning it into a movie with us,” he said. “Offers came in but they kept all of us, which is so beautiful and we’re so grateful. The win for them is that they had a well marinated cast. They had a cast who understood each other’s flow and react off each other in a very organic way.”

The actor feels that “is about fucking time” for there to be a show featuring an all gay cast.

“Having an all gay cast playing gay characters ups everything,” he said. “The bar is higher now. I want to be able to play straight roles. I’m occasionally okay with straight folks playing gay and queer roles. But not right now. Right now it’s really important for us to have representation. It matters. And often times as gay and queer storytellers, or LGBTQIA story tellers, we don’t get to tell our own story. So having nine out gay men playing gay characters is a big fucking deal, and it also changes how we feel when we’re at work.”

de Jesus added that he feels it’s great to walk into a room where everyone is of the same background and orientation, which allows the actors to focus on their work.

He reports that a diverse audience came to see the Broadway show. There were a lot of gays in the audience, a lot of women, as well as fans of The Big Bang Theory (Parson’s hit TV series), and Star Trek fans who came to see Quinto.

“They came from all around the world,” de Jesus said. “We had people coming in from Germany, from Japan, from South America. I’m trying to get to that level. I want that loyal fandom!”

Some gay men have said that The Boys in the Band is dated and offensive. They find Emory to be a negative stereotype or take umbrage with Michael’s self hatred.

“I say to them, lovingly so, stop trying to please straight people,” said de Jesus. “Stop trying to subscribe to a hetero normative world and denying the fact that we are also entitled to empathy and entitled to messiness and ugliness, and yes, the characters of Michael and Donald (Bomer) are very self-loathing, but everything about what people say about Emory reeks of internalized homophobia and anti “femminess” in gay folks. At the end of the day the most courageous person in that cast is my character. Emory is hands down the one who’s not afraid.”

de Jesus reminds people that it was a different world in 1968.

“If you’re thinking that all nine of these characters are self-loathing gay men, then you have missed the point,” he said. “You have missed the fact that it is 1968. My character, and several of the other characters, not including Michael and Donald, are not commenting on self-hatred of themselves, because they don’t have that. What they are commenting on is the outside society smothering them, making them feel like shit, telling them that they don’t matter, that they don’t have worth, and that their lives are amoral. And so if you are not clocking that I feel there’s a conversation you need to have with yourself about who you emphasize with and why.”

According to de Jesus, the play is about alcoholism.

“Yes, it is a play about these gay men, but it is about people dealing with vices,” he said. “What led them to those vices? Society. For me what I say this movie is about is a look back on how our history was, where we come from, acknowledging where we are now, but also knowing that we can’t go back there. If that’s the shit that made America great, I don’t want that. That is not my version of America that I want in my life. So that’s really it for me. We look back to where we can’t go back to.” 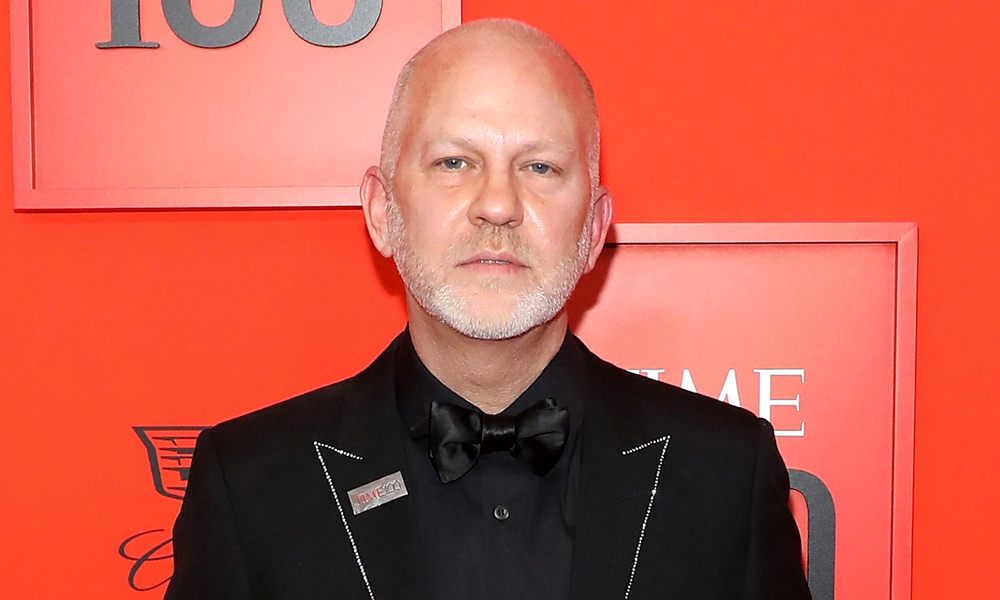