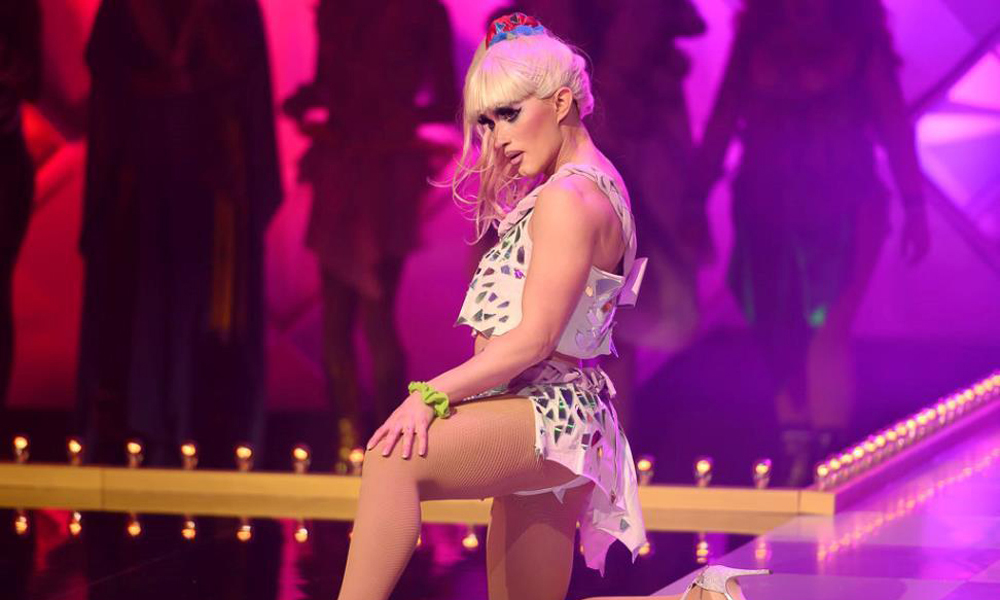 Here’s what Juice Boxx had to say about her experience on the show:

What turned out to be harder about this than you anticipated?
Juice Boxx: “Sewing challenges! What the f—? I swore, I’m sorry. But it’s one of those things where I kind of had a basic knowledge for it, but then I thought I knew more than I did. But I thought I looked cute! I thought I looked good! I was really shocked to hear that I didn’t!”

Q: Looking back, what would you have done differently?
Juice Boxx: “Made a different garment! Made something different! Because they didn’t like it!”

Q: Do you think the judges were too hard on you?
Juice Boxx: “I think that they were a little too harsh on my outfit, because I do not think I was the worst, in the least – or the other girl on the bottom, I don’t think we were the worst ones. We were at our little table, just hyping each other up, ‘You look cute.’ … ‘YOU look cute.’ … And then we went out there and we were like, ‘Oh, they don’t think we’re cute.’ Personally, I was a little shaken up.”

Q: Can you assess the remaining queens?
Juice Boxx: “When everybody walked in, I was desperately waiting for one of them to be a booger, like, just not good. But there was none of that. I was really impressed by JIMBO, because JIMBO just stuck in this character and went for it and didn’t break, even in that tiny corset. So JIMBO was really cool and impressive. And Lemon, the way she speaks, it’s as if she’s speaking off a teleprompter at all times. She is always so ready to say something, it’s like she has pre-rehearsed it. That is how fast she is, which is wild. It’s something that I noticed right away. She had a comeback for everything and it was always funny.”

Want more?: IN Chats With The Judges Of Canada’s Drag Race right here!

Canada’s Drag Race airs on Thursday nights only on Crave.