A Brief History Of The Toronto Dyke March 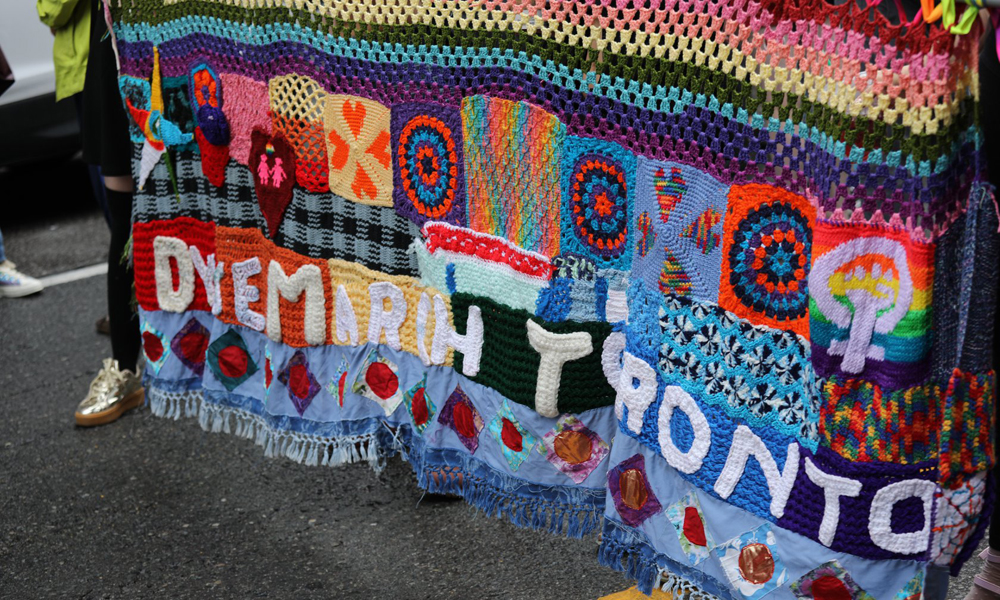 Celebrating women who love women in all their forms…

This June marked the fifth annual Pride Month for Toronto, and although COVID-19 forced the city to cancel all events, including Festival weekend, there were still many celebrations held virtually. The usual Pride festivities across Canada and around the world have been affected by the pandemic, but organizers have found ways to make sure the feeling of Pride still reaches people in their homes.

One of Toronto Pride’s biggest events is always the Dyke March. This year, a virtual Dyke Rally took place online ,which included performances and speeches from people in the lesbian community. The purpose of the Dyke March has always been to bring the community together, and this year’s rally was no different. Hopefully, next year the march will return to the streets – but in the meantime, here’s a brief history of how the Dyke March has evolved:

May 1981: The first lesbian Pride march in North America was held in Vancouver. Approximately 200 lesbians who were attending the Bi-National Lesbian Conference marched through downtown.

October 1981: A total of 350 women participated in a lesbian power, pride and visibility-themed “Dykes in the Streets” march in Toronto, organized by now-defunct Lesbians Against the Right. The march was a response to the rise of right-wing groups like Renaissance Canada and Positive Parents, who were trying to limit and take away the rights of members of the LGBTQ+ community.

April 1993: The Lesbian Avengers organized the first event to be officially dubbed the “Dyke March.” Held in Washington, DC, during the March on Washington for Lesbian, Gay and Bi Equal Rights and Liberations, it had more than 20,000 women participating. Over the next decades, Pride celebrations all over the world added a Dyke March to their list of planned events.

1996: Fifteen years after Toronto’s first march, Lesha Van Der Bij and Lisa Hayes approached the Pride Committee with the idea of creating an event to “increase the visibility of lesbian and bisexual women around Pride week.” Instead of a parade, the organizers proposed an annual women’s march to increase visibility and create a safe space for women while promoting the existence of lesbians in the wider gay community.

On Saturday, June 29, 1996, Toronto’s first Dyke March began, and attendees were encouraged to join at any point throughout the route. That first year, Toronto Police refused to close the streets for the march because they didn’t believe many people would participate. The organizers were even told they would have to march on the sidewalk if fewer than 100 people showed up. In fact, an estimated 1,500 women took part in the first march, and it has only grown since then.

2020: This year would have marked the 25th annual Dyke March in Toronto as part of the Pride festival. A virtual Dyke Rally was held in its place, with the theme “We’re Still Here” to celebrate the history and strength of Toronto’s dyke community.