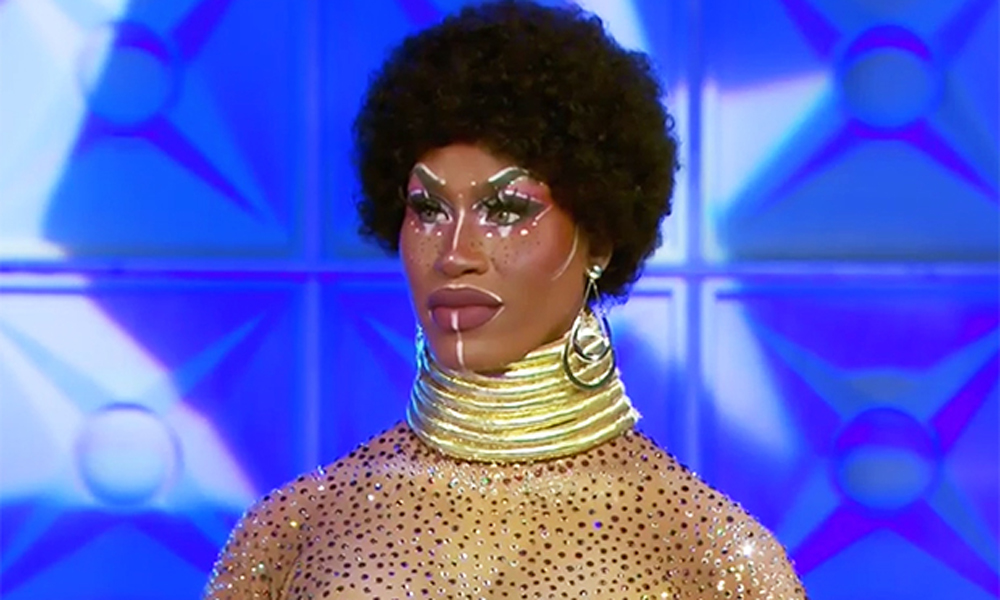 It’s been a week since we said goodbye to our first All Star Derrick Barry, and the fan reaction has been pretty split. While some believe Derrick was rightfully sent home due to the confusing impersonation skit that fell flat at the variety show, others were sad to see Derrick go so early in the competition. But it’s a new week, and there are new challenges awaiting us. If we learned anything from the first episode, all of these queens are in it to win it, and nobody wants to go home this early in the game.

We catch up with our queens in the werk room following Derrick’s departure. The first elimination is always the hardest, and the queens are all gagged over the lip sync assassin situation. Although India didn’t win the lip sync, and the 10,000 dollars, the queens aren’t upset that it’s rolling into the jackpot for this week’s tip. The queens then go on to discuss Derrick’s departure. While some of the queens admit they voted for Derrick to leave the competition, Jujubee admits that she voted for Mayhem to go home, and Mayhem is gagged because they’re friends! But Jujubee makes a good point, friends don’t matter in this competition, it’s every queen for herself, and you better be in it to win it.

The next day in the werk room the queens wipe away Derrick’s goodbye message, and the tea is already being spilled. Miz Cracker states that she doesn’t think she made the right decision and wishes she could have brought in some white out (a reference to BenDeLa Crème’s shocking self-elimination in AS3) to write Ongina’s name on the lipstick instead. The reasoning behind it being that Cracker thinks both Derrick and Mayhem believed in their performances, and didn’t have as much self-doubt as Ongina admitted having about her performance in last week’s episode. 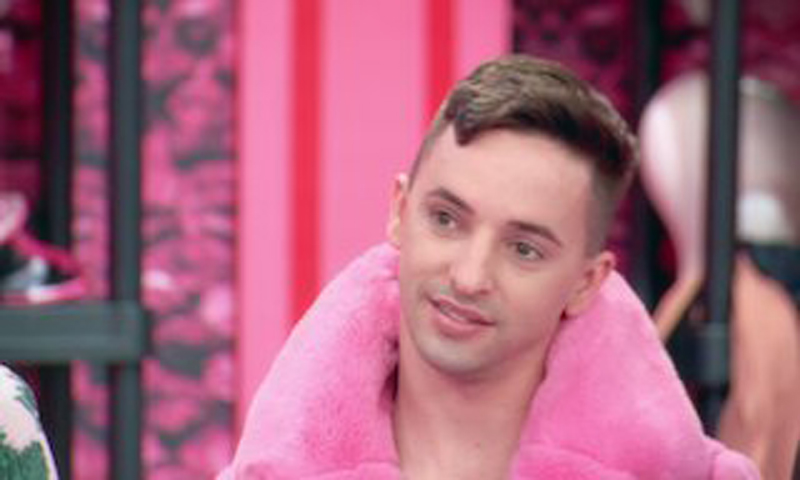 There isn’t too much time to fight though because Ru is due to enter the room, and just on time, mama is here to announce the maxi challenge of the week, which is an original song challenge. Ru puts India on the spot and asks who she thinks her biggest competitors are. She chooses Shea and Blair. Ru then announces that the three of them would be team captains. The queens pick their team members gym class style. Of course, Ongina is picked last, and I feel bad for her. The queens get to work on their lyrics in their teams and start talking about their celebrity crushes. Alexis Mateo gives a compelling argument for, wait for it, Daddy Yankee, but I respect her passion. Blair’s team, which is filled with all season 10 girls are taking a comedic approach to their song. The last time Mayhem and Cracker worked together, Mayhem was overshadowed and ultimately sent home, so she’s vowed to not let that happen again. Over at team Shea, Ongina can’t stop thinking about what Cracker said in the morning. Her team members try to crush her self-doubt and reassure her that she deserves to be in the competition.

Team Blair is recording their song first. Blair sings to her celebrity crush, Hannibal Lecter, and girl, it’s starting rocky. After a few breathing exercises, she nails it. India’s group does well despite India’s slight lack of energy. Shea leads her team with a fantastic take, but Ongina’s voice is gone, and Mariah thought Jason Momoa played Superman. Following the break it’s time for the queens to choreograph their songs. Alexis takes charge with her group which is. It’s a bit of a rocky start but they pick it up. Team Shea is up next and right away their dancing is intimidating to the rest of the queens. Their choreography is cohesive, which should make up for their shortcomings in the recording process. Blair’s team hits a snag when Cracker takes control once again. 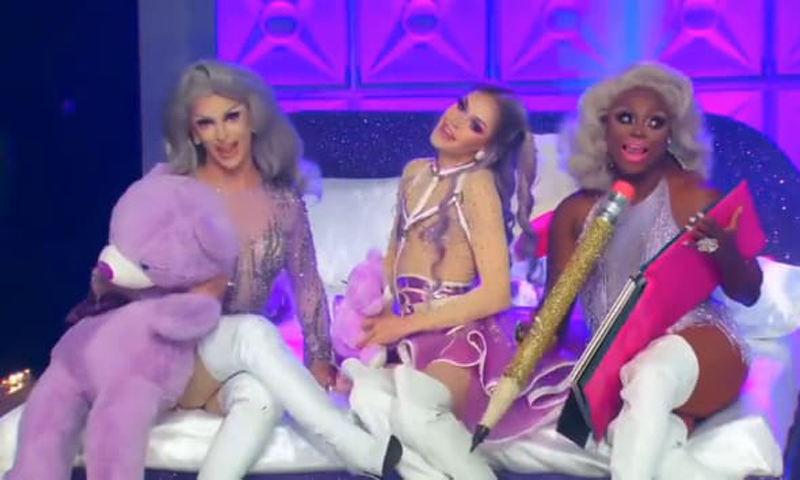 It’s elimination day and the tea is boiling at the makeup stations, and everybody is talking about Cracker. While some of the queens talk about her behind her back, Blair tells her to her face that she can be difficult. It opens up a whole discussion about Cracker’s struggle with her inner demons. While she wishes she could be perceived like Blair as “the nice girl”, nobody can see it through her exterior. Out on the main stage Ru is gearing up for our pop crush anthems, and introduces this week’s guest judges Madison Beer, and Tessa Thompson. The song is hilarious, we really get to see each of the queen’s personalities. It’s light, catchy, and fun, and who doesn’t love gushing about their celebrity crush? Out on the runway the category is “love the skin you’re in”, which means neutral tones realness except for Blair who has gone with a magenta latex look. Everyone looks stunning. Following the runway, Ru announces that Alexis, Miz Cracker, and Mayhem are safe this week.

The judges tell India that although her runway look was stunning, her lyrics weren’t great. They loved Jujubee’s lyrics (which India helped write), and her runway look. Madison Beer “got” Blair, but the judges were split on her magenta look, and the judges adored Shea’s whole performance. They all agreed that Ongina got a little lost in her performance, and finally it was mixed reviews for Mariah. Ru announces that Shea is (rightfully) the winner of this week’s challenge, and she’ll be lip syncing against the lip sync assassin. Blair and Jujubee are safe, which leaves a bottom three, Ongina, Mariah, and last week’s winner India. 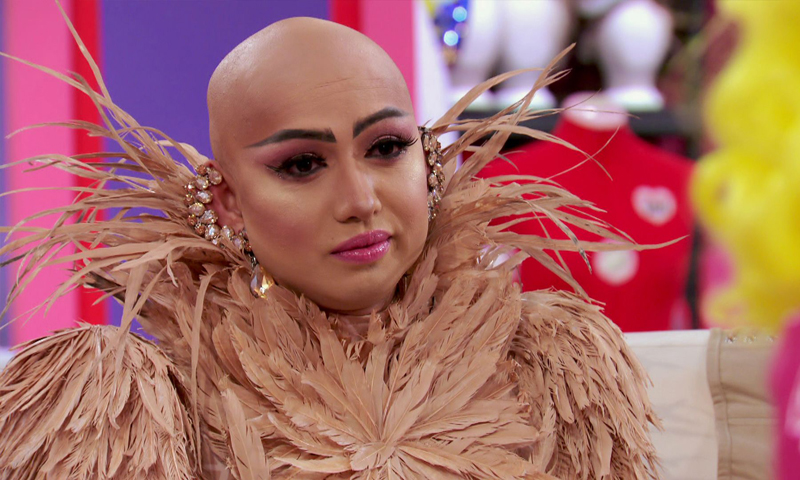 In the werk room the queens get down to business discussing and deliberating, before that though Ongina is thinking she should bow out of the competition in a tearful speech. Miz Cracker steps up and apologizes for saying she didn’t have the heart for the competition, and she shouldn’t give up now. Shea is feeling a little responsible since two thirds of her team members are in the bottom. India tells the group that she is not ready to go home, and Shea doesn’t know whether she can be loyal to her team. 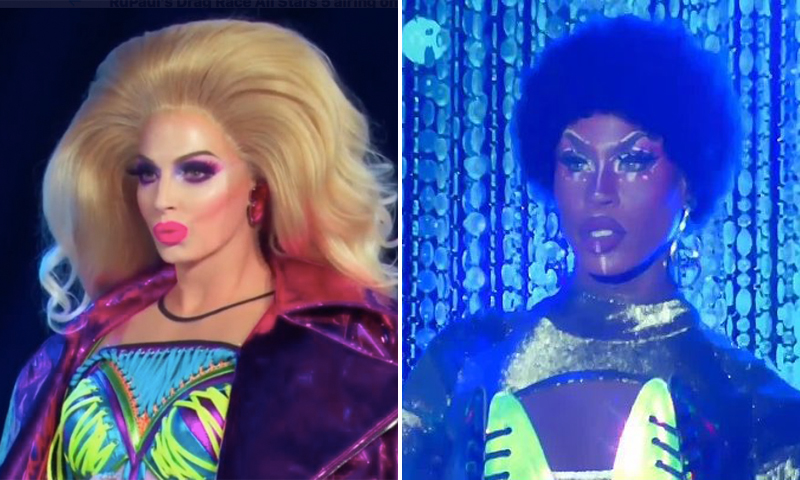 After all of the queens cast their vote, it’s time for Shea to lip sync against this week’s guest assassin who is… ALYSSA EDWARDS. Ru wasn’t kidding around when she used the word assassin. Shea and Alyssa lip sync to “Neutron Dance” by the Pointer Sisters. Both of these queens are giving it their all, and it will once again be a tough decision. But, it was Shea’s week and not only did she win the lip sync, and the twenty thousand dollar tip, she also gets to eliminate the queen of her choosing. The queen going home this week was unsurprisingly Ongina. As one of the original queens, Ongina definitely deserved to be an All Star, I wish she could have seen it too.