PRIDE VOICES: For The Love Of All Things Pride 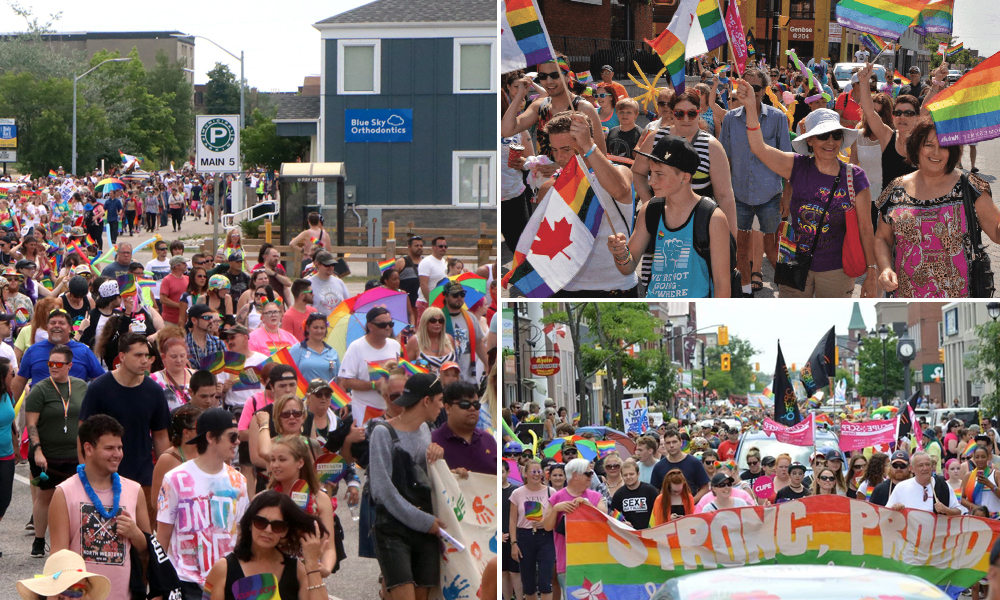 Humble beginnings, an idea, a concept, and a determination by a few good people turned into a movement for change and the betterment of all within the City of North Bay.

North Bay Pride has been able to influence change to the point where now a new city development includes gender-neutral washrooms. Local community leaders, including politicians, listen when North Bay Pride has something to say. This shows any Pride can promote change.

North Bay Pride started having organized Pride in 2017. The first major event, which included a march and free picnic, was put together in five weeks. More than 2,500 people marched through downtown North Bay demanding equality and acceptance. Over the next few years leading into 2019, the parade grew to more than 5,500 people, while other events over four days attracted more than about 7,000 people. Now this is talking numbers and influence! Many say that’s nothing – but let’s remember, Sparky, we’re talking about a city of 52,000 people. North Bay Pride has learned the art of collaboration, and it shows.

Henri Giroux and Amanda Farrow-Giroux, who are part of the North Bay Labour Council, came to the community asking why North Bay Pride had no organized Pride. Giroux describes those first few meetings. “Amanda and I were overwhelmed by the response from the 2SLGBTQ+ community when we offered to support a Pride within the community. We had some funds we could use, supplied by local unions. We offered anything to get this off the ground. And five weeks later, we walked with pride with the 2SLGBTQ+ community feeling like a difference was being made for the city of North Bay.”

North Bay Pride’s CEO Clifford Hummel describes his experience, which led him to join its board of directors. “I was not really out at public events such as Pride. I heard several rumours – which turned out not to be true – about the legitimacy of Pride in North Bay. I took my time, watched, and saw the success and the change that was happening in the city. I knew I just had to be part of this organization, which has grown beyond any expectations. I love it!”

Brandon Dadd, who has attended previous events, sums up what Pride can do and has done for him. “North Bay Pride is part of what really made me come out of my shell while I was able to accept and discover who I truly am.”

“North Bay Pride is a movement in our city that we all embrace,” says City of North Bay Mayor Al McDonald. “A city that can bring everyone together is an amazing feat. The journey of inclusion never ends, and North Bay Pride helps all of us focus. ”

Anthony Rota, Member of Parliament for Nipissing-Timiskaming, has this to say: “Perhaps even more important is the impact of North Bay Pride beyond these ‘official’ days of celebration. Pride promotes awareness – awareness of how far we have come, and that we have more work to do. Awareness that as Canadians, we can be who we are and love who we love, and that the Charter of Rights and Freedoms protects all of us 365 days a year.”

North Bay Pride is finding that balance of being grassroots on issues affecting the 2SLGBTQ+ communities, while celebrating the steps that have moved us forward. It is profoundly important to recognize, and not forget, the influence that Prides around Canada truly have when they all stand together. Prides provoked one of the biggest conversations in 2018 about HIV and the U=U message, which is a prime example of the power of Prides when they remember the basics of what they stand for.

People may constantly see one person up front, or in the news, or speaking in public, but it is always so important to remember they have a team to stand behind them. Prides are growing and learning while making a difference in the world.

As Olivia Nuamah, former executive director of Pride Toronto, said during an interview on Str8 Talk, “What is good for the queer community is good for everyone.” These are wise words to embrace and live by.

JASON MACLENNAN has been involved in human rights for persons affected by HIV and the 2SLGBTQ+ community for several years. He has met with political leaders to involve change for our communities. He recognized there is a gap when it comes to the 2SLGBTQ+ community in the political arena, and is working to change that very issue. You can see him speaking at an event, marching in a demonstration and, on the rare occasion, doing a drag event as Geri Atrick.