More Than Just A Party 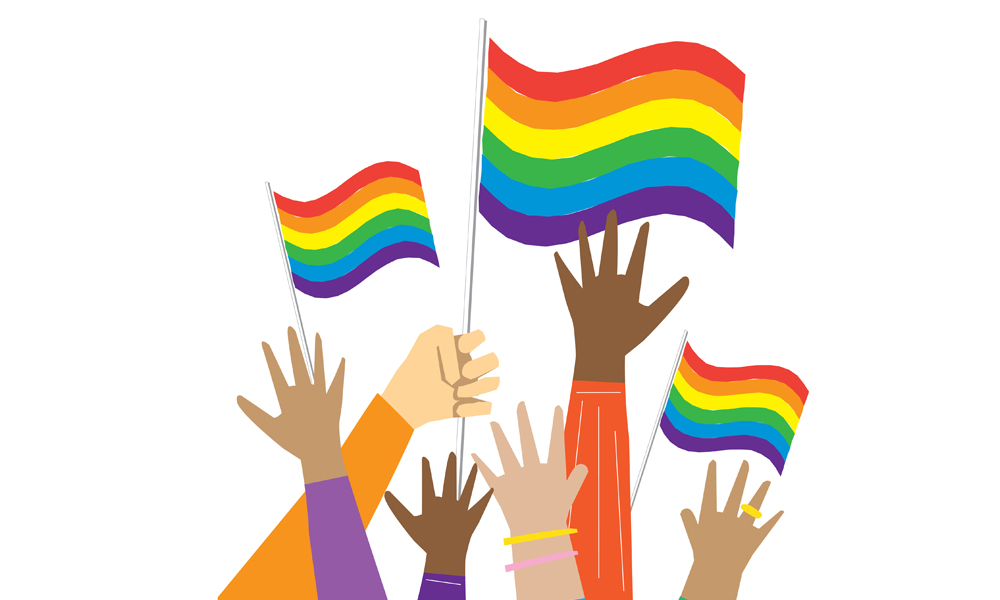 Although we each celebrate Pride in our own way every day of our lives, there are probably certain moments and experiences during Pride Month that you’ll never forget. We checked in with some members of the community to share some of their fondest memories of past Pride events.

Pride, for me, has always been about building deeper connections with my community and those dear to me through education and celebration. In 2005, I came out to my mom the day before Las Vegas’ Pride celebration – I didn’t expect it to go well given her religious ideologies. I laid it all out on the table, and I even invited her to join me at Pride to see how welcoming the LGBTQ(IA+) community is, maybe so she had more peace of mind. While she declined to join me at Pride, the next morning, I was surprised when my mom showed up at my house with a rainbow cake and balloons. She expressed how proud she was of me and reinforced her support for not only my life as a gay man but for the lives of all my LGBTQ(IA+) family and friends.

While I will never have the opportunity to take my mom to a Pride celebration (she died in 2018), I go back to this moment whenever I need a reminder of what Pride means to me: building connections that last.
—Shane Collins

My favourite part of Pride has always been as the outlet it provides for me to express and be myself – at whatever stage I’m at. My favourite memory of Pride was when I first moved to Toronto from northern Ontario, and coming down Yonge Street in full drag on the Industry Nightclub float – feeling like I was a star in the eyes of the parade onlookers. A few years later, when I had sobered up, I marched with the Clean Sober and Proud contingent of the parade and felt a new sense of pride in my own accomplishments and in the respect and admiration the parade onlookers had for our small but powerful group. In 2013, after I led a warm-up and stretch for the yearly Pride and Remembrance Run, we went down to Maple Leaf Gardens, where I had the privilege of teaching a special Pride edition yoga class.

Now, as I, myself, overcome the homophobia that had been the catalyst for my issues with substance abuse, I recognize Pride Month as the time to help educate the younger LGBTQ community with my experience and to hold space for them to also express and be themselves. Happy Pride, everyone!
—Michael DeCorte

Pride has always been an emotional time for me. Coming from a small town on the outskirts of the city with (at the time) no representation of LGBTQ+ culture in sight, it always moves me to tears when I can walk the streets of Toronto in June and see my culture reflected in the thousands of rainbows proudly displayed throughout the city.

Although I’ve attended countless Pride celebrations over the years, my favourite Pride memory came only recently, in 2018. I was invited by Proud FM to perform on their main stage, during the Saturday of Pride. To my delight, my mom and aunt decided to drive to Toronto to attend Pride so they could watch me on stage. When I say I’m from a small town, I mean small – so I was certainly wary about the culture shock they might experience, despite their long-time support of myself and the LGBTQ+ community. At times during the performance, I held back tears of joy, knowing that I was singing in front of such a huge, supportive crowd, including some of the people I love the most, after so many childhood years of feeling isolated and alone. The performance went off without a hitch, and my family had an amazing time – a memory we still talk about to this day!

Now, if only I could get my mom out of those ass-less chaps.
—Cory Stewart

Ssion at Shame in 2008, Take Back the Dyke in 2010, Good Bowness and Maurice Vellekoop in Buddies in Bad Times Theatre side park being ‘attacked by birds.’ The first dyke march, PFLAG in the Pride Parade, always…. It is impossible to pick just one favourite memory. I have been privileged enough to be able to live myself as an out dyke, get married, and be part of a vibrant community.
—Abi Slone

Pride means so much to me. It’s my time to celebrate who I am, the community I’m a part of, and the amazing, brave people who have paved the way for acceptance, inclusivity and gay rights. While I find myself still relatively new to celebrating Pride, over the years I’ve been grateful to create fond memories that I’ll always remember. Sadly, I’ve never never been to the Pride parade itself (bummer, I know!), as work, travel or other commitments have happened to coincide at the same time. Trust me, it sucked to have been asked by a friend to walk with Prime Minister Justin Trudeau last year when I was already booked to travel to the west coast.

One of my favourite memories was from last year’s Pride celebration at Soho House, which was decked out in full glam for the occasion and included performances by some of Canada’s fiercest drag queens such as Tynomi Banks and Priyanka (both contestants for the new series, Canada’s Drag Race). But what really stole the show was seeing RuPaul’s Drag Race alumna Naomi Smalls perform her challenge-winning performance of a Judy Garland musical number from the show – and in doing so, knocking into me, and creating a fun and memorable moment that night. I’m a huge fan of the show so while it doesn’t sound like much, to me it was a big deal.

Looking forward to showcasing and celebrating my Pride in a new way this year and hope to create another new memory for the books!
—Rob Loschiavo

Two memories stand out in my mind from Pride parades. The first was when I first arrived in Vancouver and was a bit of a socialite just starting to embark on a career in pop music. A few local businesses sponsored a ‘Peter Breeze’ float that had me in a giant birdcage on a swing while my music blared through the speakers. A few years later, I was managing a Spice Girl impersonator group made up of amazing drag queens, and we recreated the Spice Bus from the Spice World movie with one of the red giant double-decker buses in Vancouver – it was amazing.

This year has also had a huge impact on me. Even though we’re all in lockdown, I have learnt more in these first few days in June than I have in my entire life about systemic racism and police brutality in Canada. Black and Indigenous Lives Matter, and more than ever we need to make sure that message is loud and clear. I’m aiming to do my small part in raising awareness through my new podcast, The Superficial Spirit, which explores how pop culture affects our spiritual experiences, and I’m excited to dive deep into these and many other issues.
—Peter Breeze