Grindr Scruff and Jack’d have all said that they will remove their ethnicity filters in solidarity with the Black Lives Matter movement. As we know the location-based gay dating apps have all been previously criticized for letting racism, xenophobia, transphobia, femmephobia, and fatphobia run unchecked.

Grindr posted their announcement on Monday.

“We will not be silent,” they wrote in a tweet. The tweet included a release, also posted to the brand’s Instagram account that indicated the company is also making donations in connection with the effort. 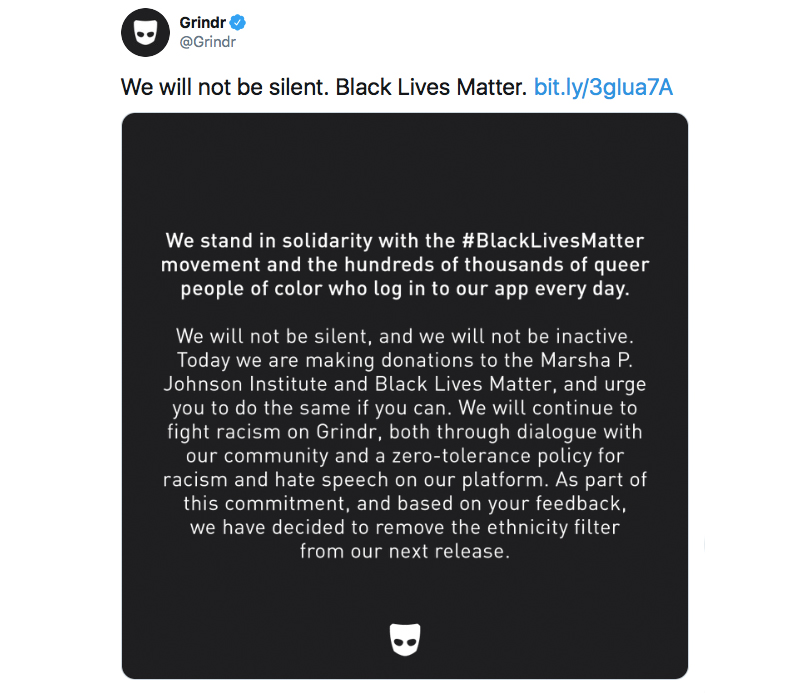 “We stand in solidarity with the #BlackLivesMatter movement and the hundreds of thousands of queer people of color who log in to our app every day,” the graphic reads. The news comes as uprisings break out nationwide over a series of police killings with Black victims. “We will not be silent, and we will not be inactive. Today we are making donations to the Marsha P. Johnson Institute and Black Lives Matter, and urge you to do the same if you can. We will continue to fight racism on Grindr, both through dialogue with our community and a zero-tolerance policy for racism and hate speech on our platform. As part of this commitment, and based on your feedback, we have decided to remove the ethnicity filter from our next release.”

Grindr has not yet announced how much was donated to the aforementioned efforts.

The following day the parent company of Jack’d and Scruff announced that it will follow suit and disable the ethnicity filter on both gay dating apps.

“We recognize that awareness is not a substitute for action, and so we call on our community to do what it does best: organize, fight oppression, and create change.”

Jack’d and Scruff also announced they will make donations to Color of Change and the Marsha P. Johnson Institute, although the company did not announce how much was to be donated. They also recommitted themselves “to continue to make product improvements that address racism and unconscious bias across our apps.” They also announced continued “aggressive moderation of content that is racist, hateful or bigoted” in compliance with their zero-tolerance policy.

The long-overdue moves comes as the world watches and participates in anti-racism protests in response to the death of George Floyd at the hands of Minneapolis police last month. 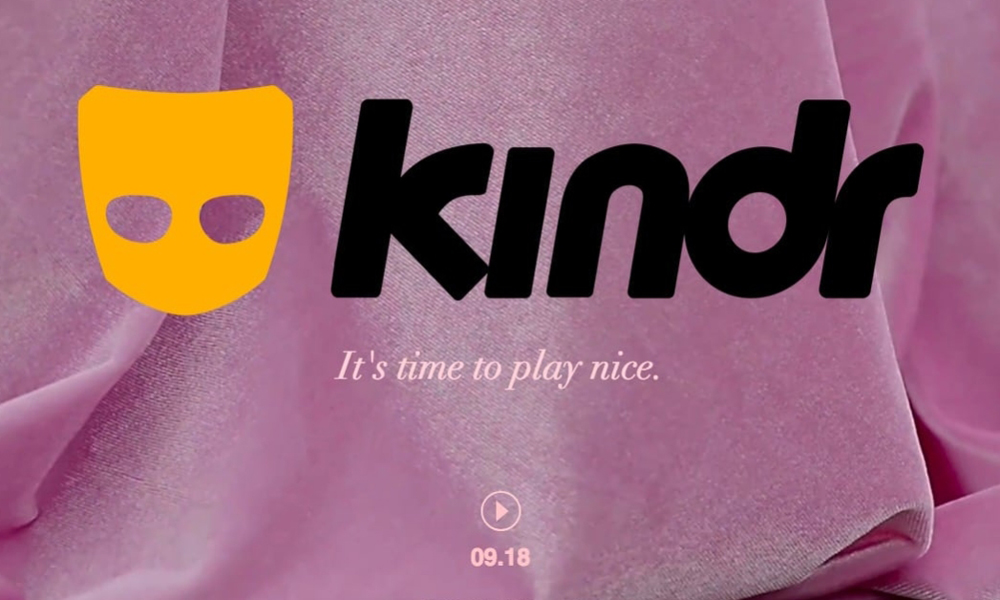