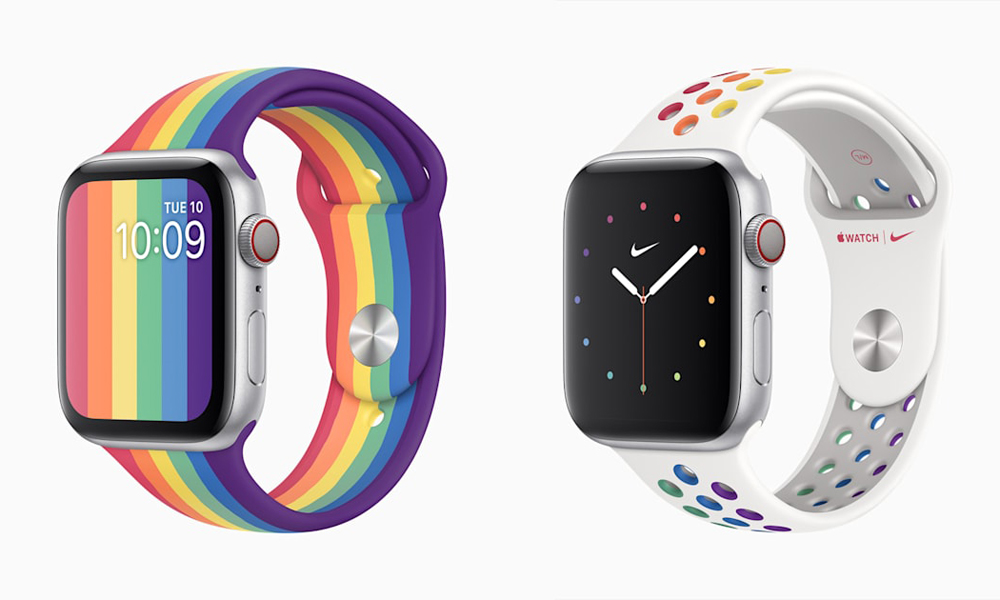 Ready to shop? Apple has released its 2020 Pride watch bands…

To help everyone celebrate Pride in their own lives, Apple has released two new watch bands and a collection of new watch faces for the Apple Watch to commemorate Pride month!

One Apple Watch Pride band features a light-coloured vertical-stripe rainbow across the entire strap. The other band is a twist on the existing Nike Sport Band: it’s a white band with rainbow colours located inside the holes of the band.

The watch bands also received new Pride-themed faces to match! One features a soft-coloured rainbow, designed to match the new rainbow band. For the new Nike Sport Band, Apple made a watchface with a black background and rainbow-colored dots. Both watchfaces will be available to Apple Watch wearers as part of watchOS 6.2.5.

Apple has been releasing new Pride-themed bands and watch faces since 2017 to celebrate Pride month.

Both watch bands are available for purchase on Apple’s website and cost $59 CA each. A portion of the proceeds from the 2020 Pride Edition watch band will go to GLSEN, PFLAG, The Trevor Project, Gender Spectrum, and The National Center for Transgender Equality in the U.S., and ILGA internationally.

FEEL LIKE SHOPPING? You can check out our thoughts on other Pride Month-inspired collections right here!