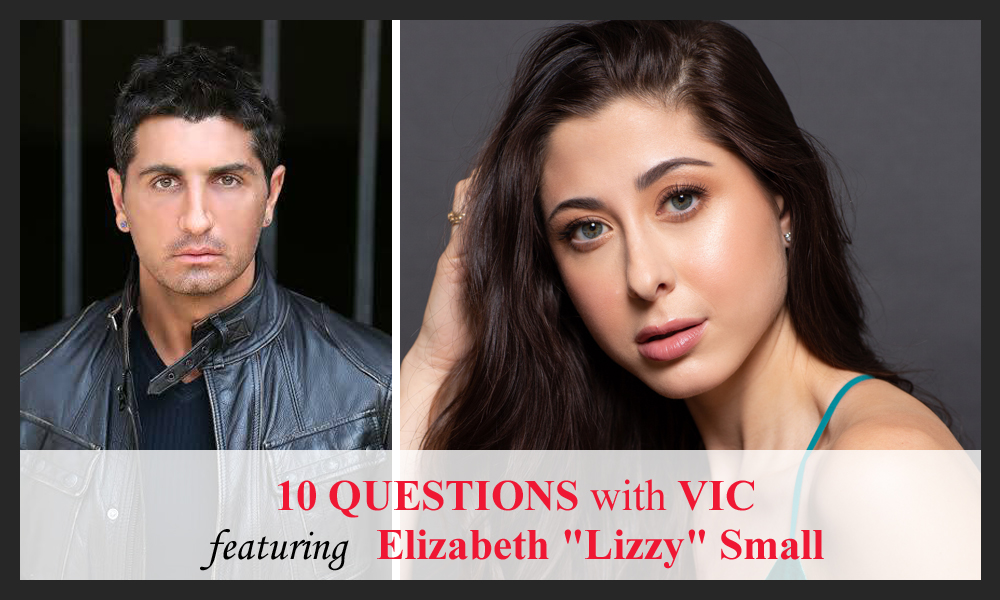 As a performer, Elizabeth “Lizzy” Small is a ‘triple threat.’ She started her professional career with a series regular role on Hip Hop Harry for Discovery Kids/TLC and she has appeared in over 70 national commercials, music videos and several variety shows. She eventually had guest starring role on ABC’s The Middle and a supporting role as the Baker Elf in The Santa Clause 3: The Escape Clause opposite Tim Allen. Next, she will star as one of the eight space explorers in the science fiction film ADAM 8.

Her single ‘Gravity’, which she co-wrote, is available on YouTube and SoundCloud and has led her to collaborate with top music industry movers & shakers. Despite her busy schedule juggling her upcoming new film and music project, Lizzy finds time to work with several charities in the greater LA.

Tell me about your professional training growing up and early career.
It all started with dance. I was pulled into the world of dance naturally at a very young age, and absolutely fell in love with it. I was a professional dancer for much of my childhood and teenage years and competed for a long time on a company team. Dancing empowered me, alleviated my stress, put me in touch with my life experiences/emotions, as well as contributed to my understanding and deep love of music. From my current perspective looking back, I realize that dance combined all the things I was passionate about. I always trained in dance which led to musical theatre, singing coaching, acting classes, etc. My dad played the piano and guitar growing up in our living room, and I’d accompany him with my voice. We had the best time. My dad is also a big influence in my love of music, and appreciation of the classics— he has an amazing voice and can play both the guitar and piano extremely well!

How was it being a series regular on HIP HOP HARRY?
It was one of the most special times in my life—an experience that will forever be engrained in my memory. When you’re ten, you don’t really realize the full magnitude of what an experience as such can teach you. It was a time of growth, free of judgment, and a space of creating friendships and memories. It was such a carefree time. Even though I was a “working” child actor, I was just having the time of my life filming, dancing, and singing surrounded by other young people who shared the same passions as me.

You played opposite George Lopez, Marisa Tomei and Jamie Lee Curtis in Lionsgate’s Spare Parts. Tell me about that.
One of my favorite experiences working on a set! I got the opportunity to work with a diverse group of people, and watching seasoned professionals like Tomei, Curtis, and Lopez gave me the opportunity to observe and learn. I remember George saying to me, “don’t be afraid to play around in a scene. Once you have one take solid, explore and experience it differently each time so the director/editor have something to really piece together.” A valuable piece of insight I’ll never forget. I also loved working on this film because it was based on a true story and we got to meet/befriend some of the real people who went through the experiences we were making the film about. It was powerful to hear their first-hand perspective, and just to get to know them as individuals.

Tell me about what it’s like when a stranger reaches out to you or approaches you after a show/release.
When strangers reach out to me on social media or in person after a show, it’s one of the craziest feelings in the world. And not because you feel “cool”, or are getting some love or attention, but because it makes me feel like I connected to someone. After my last show at the Peppermint Club, there was a group of strangers who approached me after and chatted with me one on one. One person specifically pulled me aside and we spoke for a while. They thanked me for sharing what I did through my music, said they really felt the emotions and what I went through, and that they were so excited to continue following me on my journey because they felt so connected to me. This moment made me super emotional and thankful. This is the whole purpose of this crazy thing!!! I was inspired that I was able to really make a stranger feel understood, and in turn they understood me. It was one of the best moments of my journey thus far and I am looking forward to connecting with many more people along the way.

What’s new on your play list?
I’ve been listening to a lot of SiR, Summer Walker, and Rex Orange County. I love discovering new music, even if it’s a few years old, it’s always a pleasant surprise to find something that really makes me feel something in my body. A song that did that for me recently is “Holdin me Back” by Jordan Ward—a track with so much soul (at least to me as the listener). 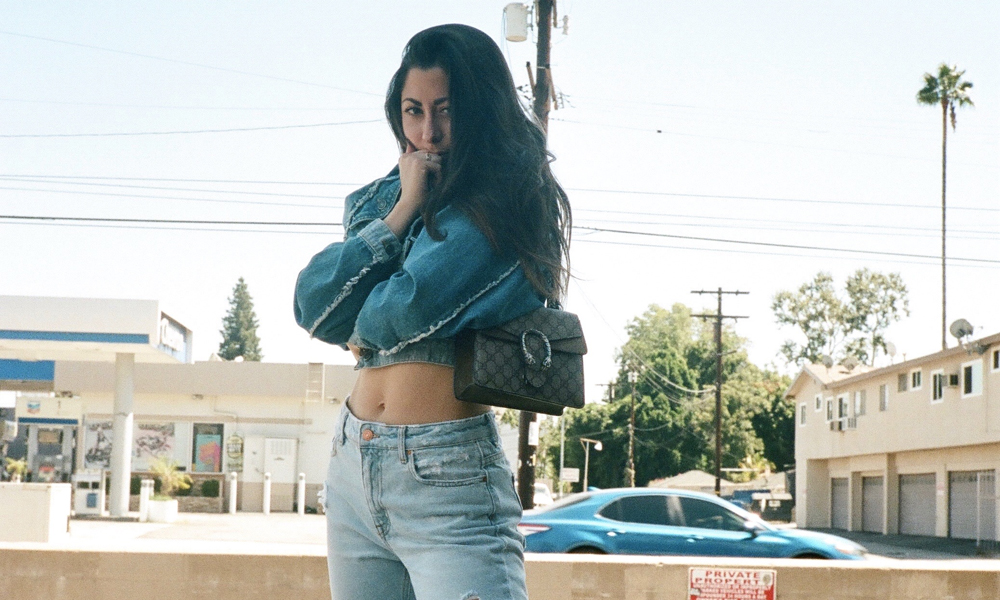 Who are some artists (actors/singers) you would like to work with that you haven’t done so yet?
Julia Roberts has always been someone I admire and relate to. It would be incredible to work with and learn from her. I also love Steve Carrell. Beyond his ability to captivate an audience and make them laugh, he’s inventive, committed, and persistent. I feel like he would be so much fun to work with, and it would be awesome to watch how free he is in his work.

As for music, I would have to say Jhene Aiko and Daniel Caesar. Jhene has been a long-time inspiration of mine and I actually met her once but was too shy in the moment to tell her that I’m a singer/songwriter because it was in a strange setting that we met. It would be amazing to work with her, and just watch her in her creative element because beyond her talent, she seems like a very grounded and calm individual. Daniel Caesar is also just AHHH!! He’s amazing, point blank. No further description needed. After I watched him sing a live recording while holding a cup of tea in his hand, I was like I want to be this guy’s friend. HAHA.

What are some of your favorite charities and causes?
You Matter—Not Alone!!!! Mental health has always been something I have found deep fascination in and care for. As someone who struggles with anxiety, and who has seen so many people around me (close friends and strangers) battle with mental health, it’s a topic I value. I think mental health is just as important if not more important than physical health, and it’s a topic that has only recently become commonplace. Mental health is something that must be worked at every single day and no one should be ashamed of that. You Matter—Not Alone is doing their active part to help raise awareness about mental health and suicide prevention to children of all ages, military veterans, the LGBTQ+ community and more. I am proud to work alongside them and be an officially trained suicide prevention counselor. I aim to start a dialogue with whoever is willing and use my knowledge with this charity to open up the discussion and make those who are silenced feel heard.

Which living person(s) do you most admire?
I know everyone probably says this answer but it’s so true. My parents. They are truly everything in my world. My mom is my sidekick, and she has really inspired me to be a strong woman who challenges the world. She made her life what it is today, and I’m so proud of her for that. She also devotes her career to charity work and it’s pretty amazing to watch her make a difference in peoples’ lives every day. Now for my dad, he is the most brilliant, insightful, kind human being I’ve ever known. He has always urged me to make decisions and go after what I want by taking charge of my own life and staying true to myself. His words never cease to leave me moved, and I’m so thankful to have him as a guide in this thing we call life. My parents sincerely support me and remind me every day that I have more than a million things to be grateful for.

What project(s) do you have coming up?
My film, 12 Pups of Christmas airs on the ION network on December 21st! I play Carly, a silicon-valley executive who is also a playfully devious little sister to her big brother Martin. It’s a sweet story with many puppies, so definitely tune in!!! I am also working on an entire new music project that is going to be pretty different from anything I’ve released in the past. What I like to say about it is those who are meant to understand it will understand it and me, and hopefully in turn feel understood. I’m very excited to continue working on carving away at this new music that really comes from the deepest parts of my soul and echoes a lot of my experiences as a young woman learning who she is every single day.

Tell me a secret-make it a good one!
I was born 7 weeks early on my mom’s birthday and have an obsession with medjool dates (although not sure if that’s a secret).