7 Of The Campiest Queens On RuPaul’s Drag Race 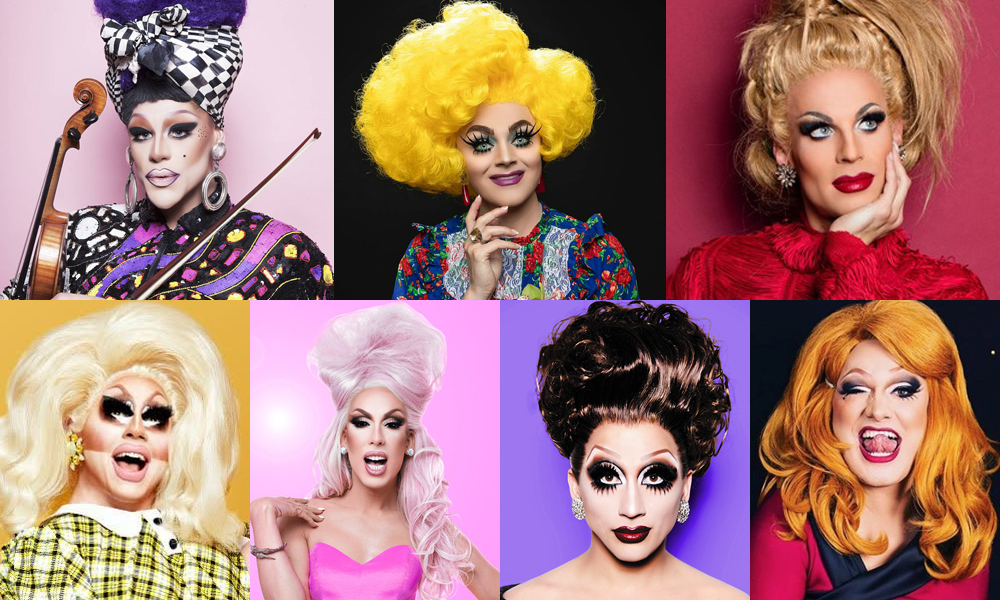 Earlier this year when the Met announced the theme of their 2019 gala was none other than ”camp” it left most people scratching their heads, but drag fans know nothing makes a more entertaining season of Drag Race than the fresh and fun punch of a camp queen. Camp is over the top, offbeat, and sometimes uncomfortable and a lot of the most memorable queens have perfected the art of a campy act. Here are seven of our favourite camp queens in Drag Race herstory.

Thorgy Thor
With her colourful outfits, classical music background, and comedic timing, Thorgy is in a league of her own.  Thorgy played her own game, staying true to herself in both her own season, and her run on All Stars (justice for Thorgy/Stevie Nicks). She took risks that were outside of the box, and for that, Thorgy remains one of our favourite camp queens.

Tammie Brown
Tammie Brown is the literal definition of camp. Aside from having some of the wildest moments in the show’s Untucked history (come on Teletubby, teleport us to Mars), and some of the most strange but iconic content made after her time on the show, Tammie often gets overlooked in favour of more recent queens. Her over-the-top looks, colourful, and slightly offbeat aesthetic screams “camp” from the highest mountains, and her various Twitter videos about finding certain mannequins add to her grand persona, and she will remain one of our favourite OG Drag Race campy queens forever. “AHH! See, I’m acting!”

Katya Zamolodchikova
And then there’s Katya. Katya is not only a fan favourite, but also queen of ultimate camp! Her loveable Russian character is over the top, and knows no boundaries. She’s glam and weird, with body parts dangling from various pieces of jewelry, a telephone made of hair on top of her head, or a stuffed animal shark around one of her legs as she walks down a runway. Katya has made us all a fan of offbeat, over the top dark comedy, and for that, we salute her.

Trixie Mattel
GIRL! You didn’t think we could make a list of our favourite campy queens and NOT include the one and only Miss Trixie on it. She’s a life-size Barbie doll that loves a themed outfit, with a vintage motif. Her sunny, bright, and often pink vibe is the perfect juxtaposition to Katya’s darker, more somber comedy. Not only are these two perfectly campy on their own, but put them together and they make the perfect camp-duo as well.

Alaska
Hiiiyyeeee!! Two words: Lil’Poundcake. The fact that you could place Alaska (or any of her additional characters) in the middle of any John Water’s movie makes her one of our favourite campy queens. She’s always pushing the boundaries, but that’s when we love her best. Everything about her screams camp, whether it’s her clothes, makeup, or the way she talks. Alaska is a camp legend.

Bianca Del Rio
Camp is often defined by a style that is sometimes ironically in bad taste, which is what makes it appealing. Bianca Del Rio has made an entire career of making people uncomfortable in the best way. Her colourful, eccentric, and original style has made her a true icon not only with her time on the show, but also with her entire career following. I would pay good money for Bianca Del Rio to insult me, and that’s saying a lot because I don’t like confrontation. Period.

Jinkx Monsoon
Jinkx is one of the campiest queens to have ever competed on the Drag Race stage. Her commitment to calculated moves in the competition using obscure references for her drag (HELLO LITTLE EDIE!) proves she has a forever spot in our little camp hearts. Jinkx never went for an easy way out, she always dug deeper, and took the route less travelled by the other queens. She’s a camp legend. “It was QUITE the scandal darling!”