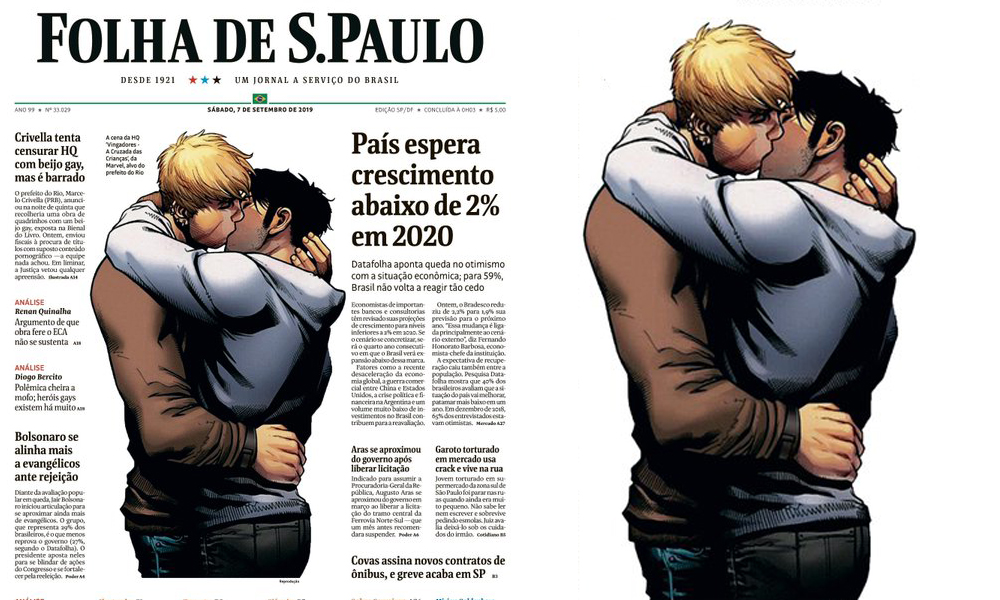 Brazil’s largest newspaper Folha de S. Paulo has published an illustration from a Marvel comic of two men kissing on its front page. The move came as the Supreme Court blocked an attempt at censorship by the evangelical mayor of Rio de Janeiro.

Mayor Marcelo Crivella, a former bishop, attempted to ban copies of the graphic novel Avengers: The Children’s Crusade, which includes a kiss between two male characters, from appearing at a literary festival in Riocentro Bienal do Livro on the grounds that it included content unsuitable for children. Crivella said the ban was to protect the city’s children from what he described as “sexual content for minors.” The so-called sexual content in question is an on-panel kiss between two male characters, Wiccan and Hulkling, who are in committed relationship. Both characters are clothed in the image.

“What we did was defend the family,” Crivella said in a video he tweeted on Friday after ordering city hall inspectors to seize copies of the graphic novel.

“It is an attack on freedom of expression,” said Mariana Zahar, the vice-president of the National Union of Book Publishers, which organised the book fair. “We will fight this to the end.”

Brazil’s Supreme Court blocked Crivella’s efforts overturning a decision by a lower court that permitted a ban. The Supreme Court made it illegal to ban any LGBT publication. It ruled that Mr Crivella’s actions were illegal as they only targeted LGBT content. Crivella’s office said he will appeal to the full court.

The illustration that upset that mayor was then printed on the front page of Folha de São Paulo. 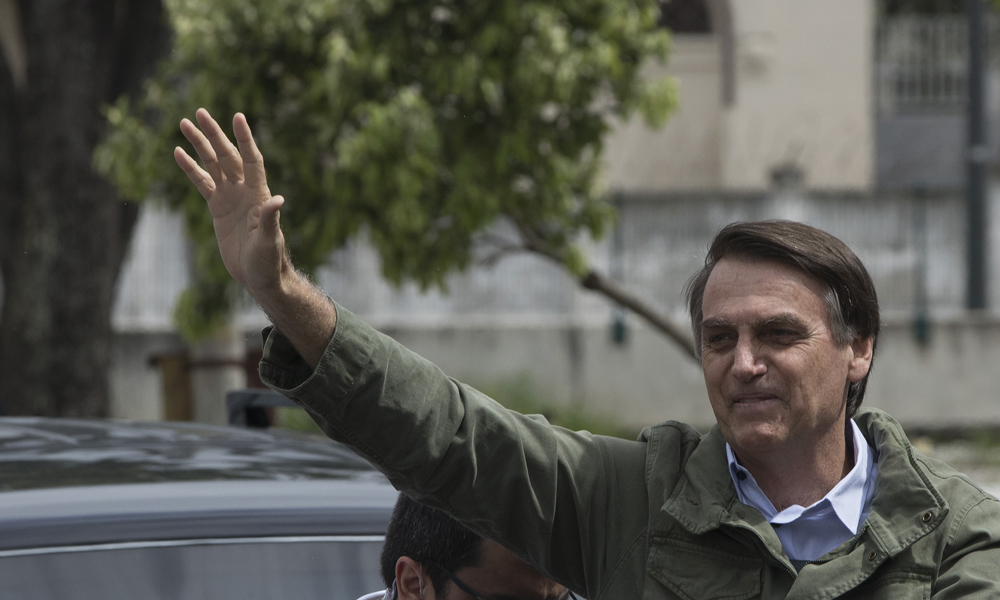