LGBTQ Cinema On DVD/Blu-Ray: The Re-Released ‘Before Stonewall’ Documentary 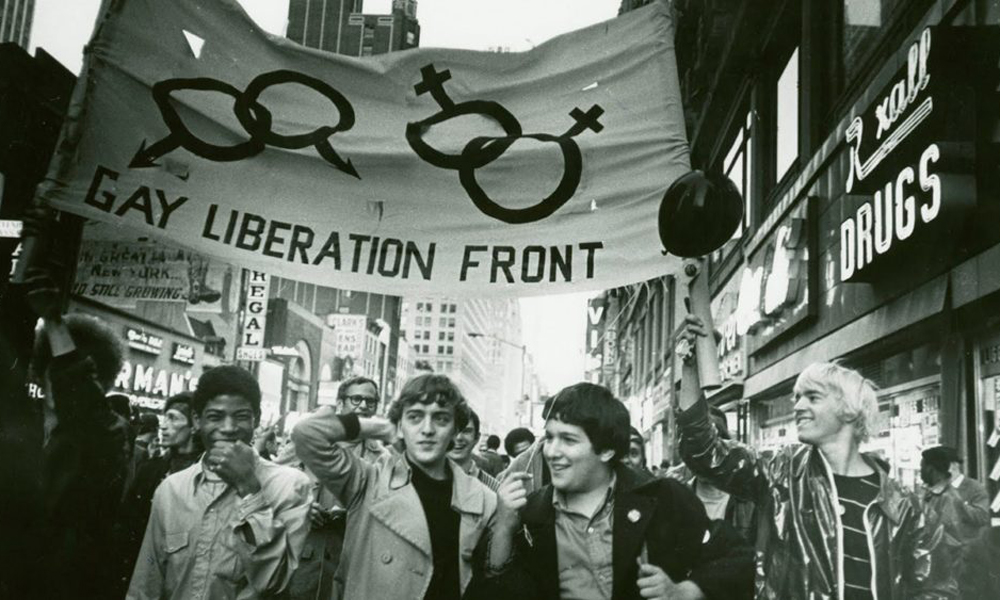 When Before Stonewall: The Making Of A Gay And Lesbian Community was first released in 1985, the Stonewall Riots were less than twenty years in the past and still fresh in many people’s minds. This gave the film a very special resonance. Now, in commemoration of the fiftieth anniversary of the riots, this intense film has been re-released on DVD in a newly restored print.

Narrated by acclaimed lesbian author Rita Mae Brown, Before Stonewall is, as the title suggests, a documentary about what LGBT life was like during the decades which preceded the riots. It’s a powerful testimony to how difficult and dangerous life was like for Queer people during the 1920s, 30s, 40s and 50s. It was a time when people were forced to live in secret, when being out or “discovered” could mean arrest, loss of jobs, or even jail time. 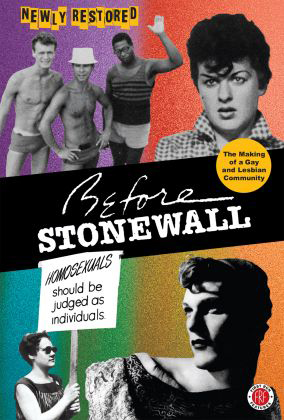 Co-directors Greta Schiller and Robert Rosenberg do an impressive job of finding people who recall those bygone years with great clarity. Participants who were around during the 1920s and 30s were quite old by the time the film was made–these interviews were the last chance the filmmakers had to speak to people who were alive during that time. The film is therefore an important historic document.

Interviewees speak of the secretive lives they were forced to live, and of the coded language they would use to find each other. There was enormous societal pressure to marry. What little community there was existed underground. Yet there a few who dared to live quasi-open lives, such as Gladys Bentley, an African American lesbian who performed in clubs in New York’s Harlem. Bentley dressed like a man and, at one point, ran off to Atlantic City to marry her girlfriend. Harlem, and the Barbary Coast of San Francisco, were among the few places where LGBT people could gather and create a semblance of a community.

The film takes viewers through the World War II era, when many LGBT people heeded the call to fight for their country. But they also have to fight for their right to remain in the military. One woman, who during the war worked for future president Dwight D. Eisenhower, remembers being ordered to weed out all the lesbians who were serving in his unit.

“My name will be first on the list,” she tells the general.

As the film continues, the chilling witch hunts of the McCarthy era are recounted, as is the first emergence of a visible gay movement. During the 1950s The Mattachine Society, a gay men’s organization, and the Daughters of Bilitis, a San Francisco based lesbian activist group, were formed. At a time when gay materials were viewed as obscene, both organizations had the courage to defy convention and publish magazines, possibly the first regular gay publications in US history. Interviews with Mattachine co-founders Harry Hay and Chuck Rowland are included, as is an interview with a woman who recalls going to her first Daughters of Bilitis meeting around 1955—she speaks excitedly of how it felt to be in a room full of lesbians for the first time.

In the 60s, many LGBT people involved themselves with the civil rights movement, and this inspired some to publicly take a stand for gay rights for the first time. In 1965, a small but hearty group of gay men and lesbians marched in front of the State Department in Washington DC and demanded employment rights. They still had a long way to go–inside the building people were laughing at them.

It was no walk in the park to be Queer in the decades that preceded Stonewall, and the film does an amazing job in recreating that history. Besides interviews with dozens of “old timers”, the film includes a gold mine of archival footage. We’re not told, for example, that those brave activists who picketed the State Department were laughed at. Instead, we see actual footage of Dean Rusk, who served as Secretary Of State under presidents Kennedy and Johnson, assuring his colleagues that the department does not knowingly employ “homosexuals”, and that when “homosexuals” are discovered in the department they are dismissed.

The scope and depth of the research that went into creating Before Stonewall is breathtaking. This nearly fifty year history of the LGBT community makes it easy to understand why patrons at the Stonewall Inn exploded that night in June 1969–their resentment at how they’d been treated went far beyond the police raids they’d been enduring at the Stonewall. People were tired of being treated like third class citizens, tired of hiding who they were, tired of the harassment and bigotry they’d been forced to live with for so long.

Before Stonewall takes on a whole new meaning today, what with the Trump administration’s numerous attempts at rolling back LGBT rights. The community’s hold on the rights that have been gained is tenuous at best. Before Stonewall reminds us what was fought for, and that the battle is far from over.