Home / Latest  / LGBTQ Travel: What To Do, Where To Eat & Where To Stay In Orlando, Florida
Latest Travel 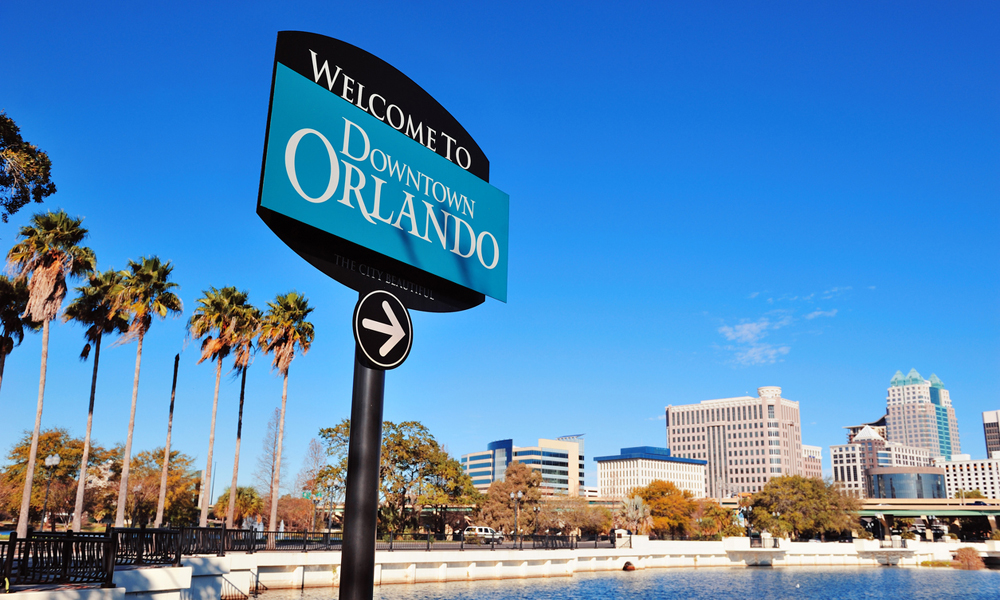 Heading to Orlando? Here’s the tea…

Orlando, the theme park capital of the world, is LGBTQ friendly city with plenty of well-known bars, restaurants and gay events throughout the year. Of course you need to consider theme parks and attractions like Disney and Universal (watch for LGBTQ-themed events such as Gay Days and Come Out With Pride), but there are plenty of other reasons why Orlando is so popular with LGBTQ visitors.

Here’s the lowdown on what to do, where to eat and where to stay when you’re visiting Orlando, Florida.

What to do in Orlando

With the charm, creativity and camp of Walt Disney World, it should come as no pearl-clutching surprise that the happiest place on earth can also be the gayest. The princesses tend to draw out the queens.

Disney’s pushbuttons that resonate with queers include an attraction to fantasy, an appreciation for elaborate visuals, such as the gardens and parades, and a longing for the sunny childhood moments before adolescence, which for many gay people can be an anxious time of navigating one’s sexuality and gender. Jeffrey Epstein and Eddie Shapiro, authors of Queens in the Kingdom: The Ultimate Gay and Lesbian Guide to the Disney Theme Parks say so. 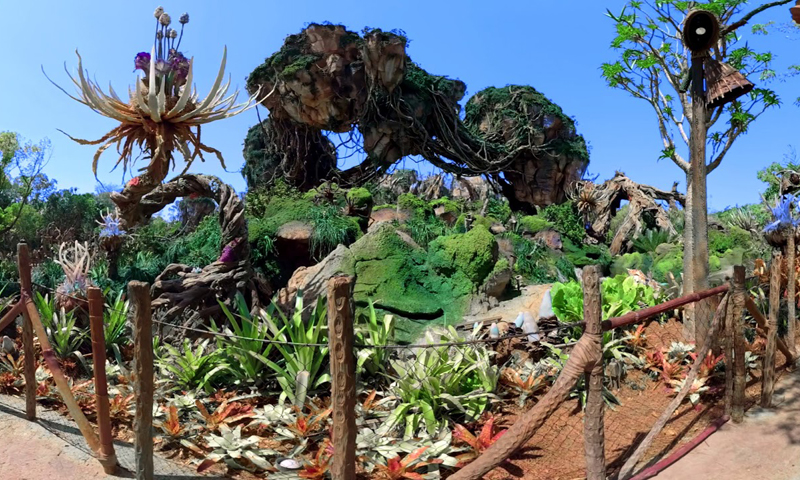 Since 2017, crowds continue to bottleneck in Pandora – The World of Avatar [pictured above]. Two impressive rides and elaborate scenery bring James Cameron’s film to life in Disney Animal Kingdom. And Walt Disney World will also open its Star Wars themed park in the Fall as part of Disney’s Hollywood Studios. In addition to the usual Disney trimmings of dining, retail and scenery, Galaxy’s Edge will feature two centerpiece attractions that are set to thrill: Millennium Falcon: Smugglers Run and Rise of the Resistance.

Meanwhile, Universal Orlando is not resting on its theme park laurels letting Cinderella draw all the attention. Volcano Bay water park opened in 2017 and features four heart-racing waterslides that descend from the replica volcano, replete with steam emerging from the top. And the Harry Potter attractions in both Universal’s Studios and Islands of Adventure parks wow visitors with their wizardry. A new roller coaster – Hagrid’s Magical Creatures Motorbike Adventure – was added this Spring.

Where to eat in Orlando

Historically known for humdrum, family-style food chains on International Drive, there is a culinary sea change taking hold in Orlando and queer chefs are the ones stirring the pot. At the turn of the millennium, a city-wide review of tourist experiences to compete in the meeting and convention market against major players like Manhattan, Las Vegas and Chicago, Orlando identified a missing factor: premier dining. Astute visitors with sophisticated palates should follow the conference delegates and look to the large luxury hotel kitchens and restaurants for avant-garde dishes with locally-sourced ingredients served by impeccable staff. 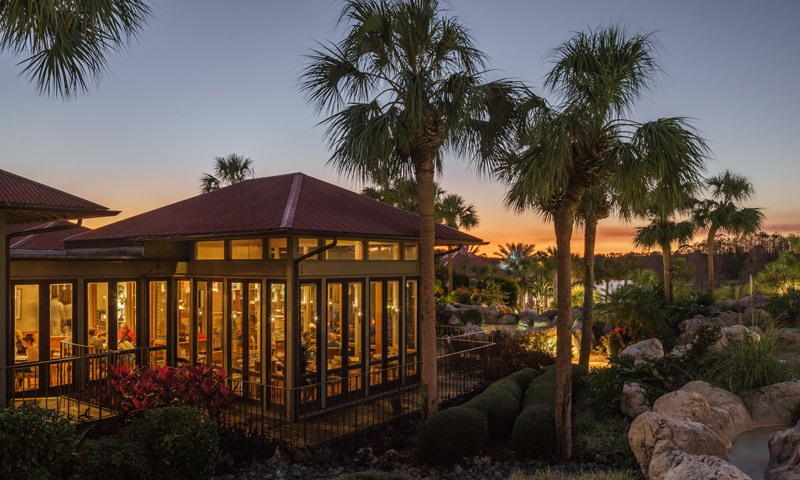 Just on the edge of Walt Disney World, Hemingways [pictured above] is one of the city’s most atmospheric settings in which to dine. Set amongst the lush landscaping of the Hyatt Regency Grand Cypress, patrons must stroll through the manicured grounds under a covered walkway to arrive at the Key West-style establishment. Openly gay executive chef David Didzunas says his employer’s diversity inclusion objectives allow him to shine. “We treat each other with dignity and respect and we embrace being our true selves at work,” says Didzunas. “Everyone can be successful in my kitchen no matter who they are.”

Didzunas feels the competition of neighbouring hotel kitchens as he continues to deliver a menu that balances freshness, local-sourcing and sophistication with Instragram-worthy presentation. And the chef delivers, even with the challenge of a decades-old establishment with patrons who rebel when the time-honoured menu changes. Top choices include the “Cayo Hueso” crabcakes – named after the American writer’s home in Key West – and the paella.

Trina Gregory-Propst says the reason for the steady stream of diners to Seven Bites, her restaurant and bakery, is simple. “It’s all about good fresh food prepared with lots of love and served with a sincere smile that hopefully makes happy tummies,” she says. Southern comfort food like biscuits and gravy, chicken pot pie and meatloaf sandwich do the job. The formula has been such a success that she and her wife, Va Propst, have just opened Sette, an Italian restaurant in the city. More bueno tummies to come!

Connected to Disney World’s EPCOT Centre by waterway, the majestic Dolphin Resort hosts patrons with expectations as great as their appetites at Todd English’s Bluezoo. The restaurant’s chic under-the-sea blue interiors and luminescence convey an underwater atmosphere befitting of its seafood-dominant menu. Exceptional servers like veteran Rhonda Kowalski help to navigate guests through the sophisticated course offerings, making the menu approachable and shaping expectations. The daily oysters – a mix of Atlantic and Pacific – and the mero – a sea bass from Hawaii – are stand out dishes among the already-impressive options.

Situated within the Hilton Orlando, one of Central Florida’s largest hotels and next door to the Orange County Convention Center, Spencer’s Steakhouse serves superior cuts of dry-aged beef seared and grilled to a patron’s specification. “The neighbourhood demands it,” explains restaurant manager Frank Todd, noting reputable nearby American steakhouses such as Capital Grille, Morton’s and Del Frisco’s that his team works earnestly to outperform. Guests can unwind in the vast dining room that has been sectioned into intimate areas enhanced by a robust décor and rich colour palate. “We live and die by the convention market so we can’t afford a mistake,” Todd adds. Unmistakable picks include the wagyu meatball, house flared bacon and filets.

The premier Italian restaurant in the ginormous Ritz Carlton-JW Marriott hotel complex, Primo is aptly named. It’s simply top notch. Local elements meet southern Italian preparation methods that enhance naturally-occurring flavours rather than overpower them with rich sauces or demiglaces. Executive Chef Michelle Kelly and her team draw from the property’s vast gardens or source from nearby farms such as Lake Meadows and Whisper Creek. The lavish yet comfortable dining room with an open kitchen overlooks the hotel’s green property. Popular dishes include the braised octopus and wild boar Bolognese.

Where to stay in Orlando

When looking for a hotel to rest one’s weary bones from traipsing through theme parks, LGBTQ travelers are spoiled for choice. Host properties to Orlando’s queer circuit parties make a safe go to given their support for the community and requisite diversity customer service training.

The Holiday Inn Disney Springs is located just steps away from Disney’s premier retail, dining and entertainment zone and is one of Orlando’s few atrium hotels. The property hosts Tidal Wave, a multi-day pool party with other events for bears. “I love the team and the hotel here,” says Christine Burns, the hotel’s director of sales, who is the onsite point person for Tidal Wave. Burns says team members anticipate the event all year long given the group’s jubilance and the customer service team is trained on diversity and inclusion. And she enjoys when guests arrive in the impressive well-appointed lobby, flummoxed that they are in a budget hotel. The Holiday Inn boasts impressive and spacious rooms as well as one of Orlando’s most beautiful pools in which to relax between visits to the parks.

Wyndham Orlando Resort International Drive is a campus-style property with clusters of rooms overlooking the center green space. Pools, bars, a standard gym and tasteful landscaping make guests of the 23-acre property forget that they are on Orlando’s most-happening avenue: International Drive. It is also the new host hotel of the premier Gay Days event. “It’s right smack in the middle of the tourism district,” comments Chris Manley, Gay Days organizer. “I compare Gay Days to a cruise. Our hotel is like the cruise ship and when it docks, people may not get off. The Wyndham has lots to help keep our participants satisfied.” 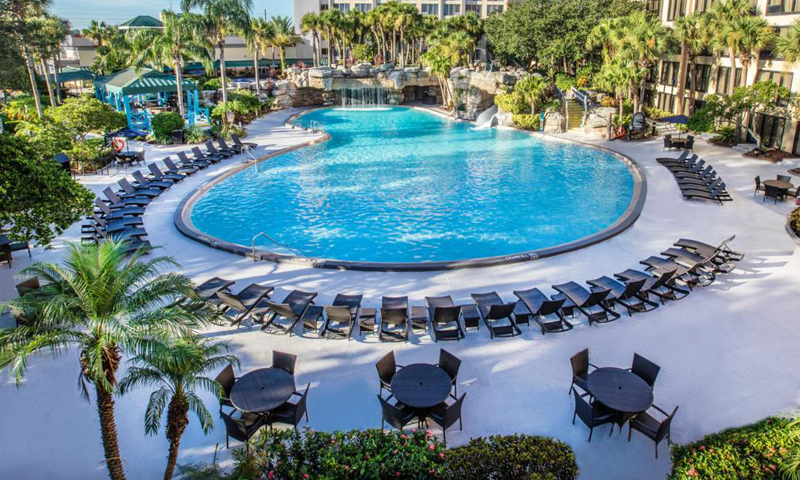 The Grand Orlando Resort in Celebration [pictured above], a manicured neighbourhood evocative of Wysteria Lane from Desperate Housewives, is an oasis in which to recharge after a day in the sun or theme parks. Twenty-three acres of lush grounds peppered with ponds, fountains and gardens complete the property. Elaborate landscaping separates the boisterous family pool from the more serene heated pool. The large pools were a major draw when the Grand became host of Girls in Wonderland. Director of sales Bill Zarbock vouches for the Grand’s LGBT hospitality. “We pay careful attention to pronouns and we teach our staff that if they are ever corrected by a guest, quickly adopt the correct pronoun and continue to deliver our service and make sure they have a wonderful stay,” he says.