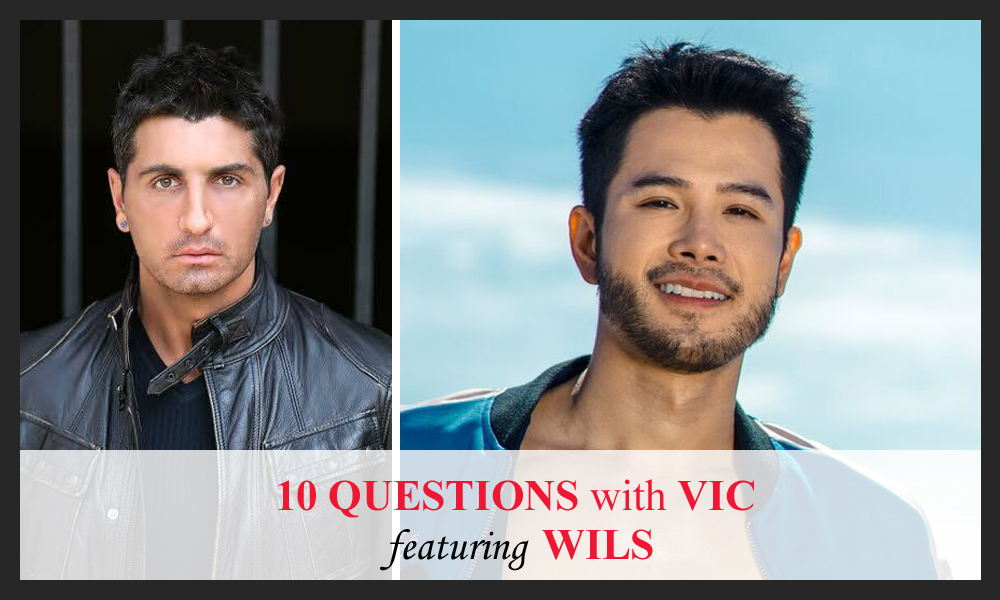 Wils, the first openly gay Chinese singer, originally from Singapore, had a remarkable career before he came out as gay this year. His hit album, WTF, was named Pop Album of the Year, received Best Album nomination at the Los Angeles Music Awards and he was named Pop Artist of the Year (male).

Wils’ Men’s Health Magazine cover earned him the nickname, “Beast of the East.” With the release of his new album, ‘Open Up Babe’ recently, I had the chance to chat with Wils and discuss his music, being gay and planned ‘Pride Tour.’

You recently came out publicly with a music video. How was the journey to that point and the process of coming out?
It was so hard living in the closet. I couldn’t be authentic with myself and I think that’s one of the hardest things I’ve had to go through in my life. I wasn’t treating myself right because I didn’t allow myself to be who I am. But coming out has been the most beautiful thing in my life. I got to see how beautiful life is when you’re about to freely express yourself and be genuine in front of those you love. There was some backlash from conservatives in Asia that think being gay is wrong. I had a lot of negative comments thrown onto me about my sexuality, but I think about my beloved lgbt family and friends and those who would benefit from my coming out, it gives me the energy and love to stay afloat. My beloved LGBT family and friends helped me through this. I love you all so much.

Originally from Singapore, you are the first openly out Chinese singer. How do you reflect on that and its impact?
I think this gives hope to a lot of lgbt kids who are in the closet to know that it’s okay to be Gay and to be courageous, loving and live truthfully. I want these unrepresented kids to feel loved and belonged in a community. I remember being a kid, being so passionate about everything that I did. I want these lgbt kids and friends to know that it’s still possible for them to achieve their dreams being gay. That nothing will stop them and with the love from the community, I want to see them flourish. There’s still a lot of censorship for LGBT contents in Asia and this is the time we change that through the love of our community!

As a trailblazer, do you feel the pressure to be a ‘role model’ for Asian LGBTQIA youth, in and out of the closet?
No I don’t feel the pressure. In fact it was a release for me to come out of the closet. I know that many people can benefit from my experience, and it puts a smile on my face every time someone comes up or messages me about how it has changed their lives.

I actually feel really happy that I can relate so much to the Asian LGBTQIA youth because of what I went through growing up in the closet. Being a gay man in an Asian family means that we have to carry the weight of our parents wanting us to get married in order to pass on our family name. But these days it’s changing. I mean, we can always get children even as gay man. My dad had a conversation about wanting me to have a family after I came out. I told him that it’s possible, as a gay man, to have a family. And to keep the family name as well. Although that’s not something that’s really important for me, I feel that the bond we have with the ones we love are more important than a title.

I just feel that as long as I stay truthful and authentic to be who I am no more and no less, it’ll be so easy to keep up. I think!

Your former record label was not thrilled when you decided to come out. How did that feel considering that this is not 1980s, and what did you do about it?
I don’t blame them for being upset. I think it’s because they have not dealt with a situation like this before. It’s always better for them to go the safe route – where there are so many censorships of LGBT contents in Asia – and they fear that having an LGBT image will ruin their reputation. But I things are changing, and it’s about time we allow them to see what LGBT community is all about. I was just at the World Pride in NYC with my best friend this weekend. Seeing millions of people on the streets celebrating world pride. I think gay people are the ones who bring so much happiness in the world. We are the only community with so much diversity coming together as one to celebrate. How beautiful is that. I told them it’s okay that they removed all my social media, that they can try silent an artist’s voice, but they can’t silent an artist’s soul. It’ll only make me shine brighter with the truth and my lgbt family. 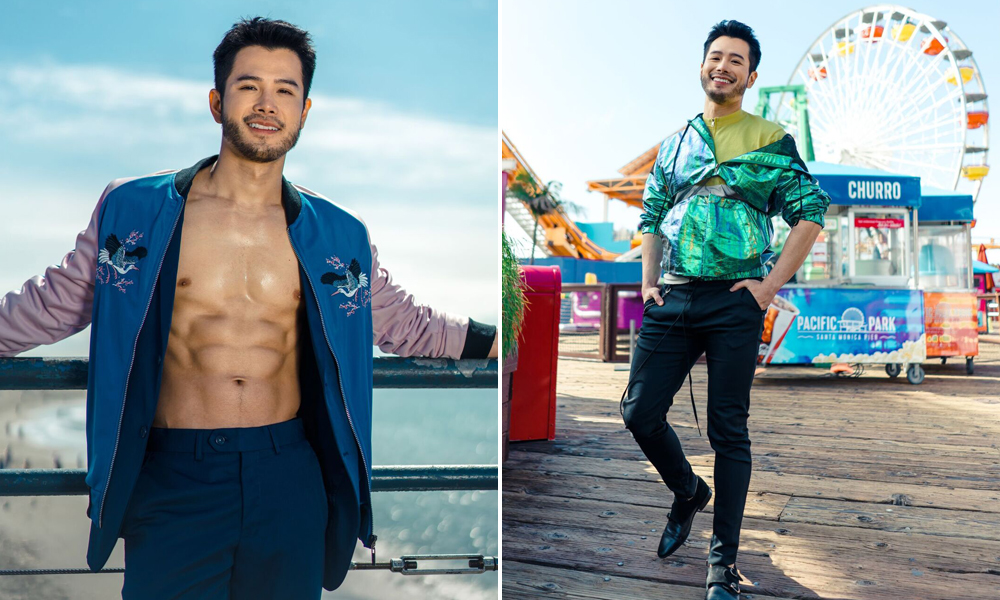 Your new album is titled, ‘Open Up Babe.’ Tell me about the tile and the album in general.
Open up babe was a song about opening up to the world of possibilities. When I lived in the closet, I held back with so many things that I believed in because I was fearful about my sexuality being discovered. Open up babe represents this loving, authentic and truthful me, speaking to my fearful younger self that everything is going to be okay when you trust your heart in being truthful to who you are.

You have a big female following. What has their reaction been like since coming out?
I thought I’d no longer get the panties. But it’s really neat because my relationship with women is so much stronger now, because they know that I won’t be a #metoo but instead I’ll be their advice for whether they get a green light or red light with the man they like.

Tell me about your fans in general, especially when they recognize you in public.
My fans are super friendly and approachable. My favorite part is seeing fans come up to me and giving me hugs in public. It makes me feel so happy that they show their affection in a public space. I remember when a fan came up to me when I was in a gym and gave me a hug from the back. I returned the hug and said thank you for being so genuine. And the response was “it’s because you showed me that this is possible”. I fucking bawled my eyes out immediately. It means the world to me when fans take this part of goodness and interact this way in their daily lives.

What’s new on your play list?
So in love with  A R I Z O N A’s “I was wrong” (Robin Schulz remix) – this one’s a calming song for me after a day full of activities. Burn by Super8 & Tab (Luke Bond Remix) is my new workout fav. Boys in The Street – remixed by Seeb Sung by Greg Holden is my new LGBT fav.

What is your favorite charity or cause?
The Trevor project – saving young LGBTQ lives. Some kids are so young they don’t have the resources to make decisions that may affect their lives.

What project(s) do you have coming up?
A full length album. Pride tour!