Is Gayness Now Part Of The Mainstream In Brand Marketing? 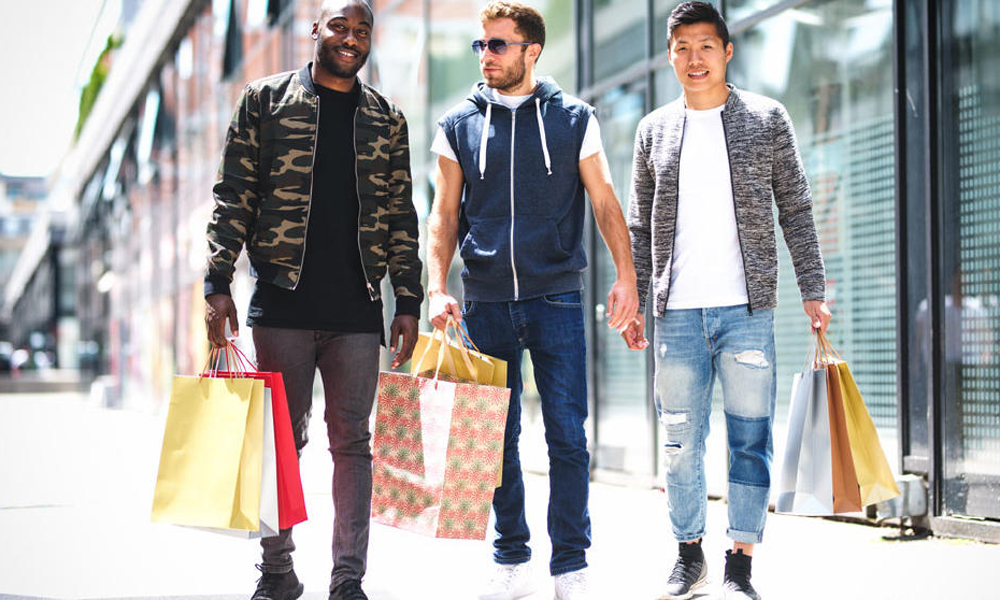 On a recent visit to the W Punta de Mita Hotel, on Mexico’s Riviera Nayarit, I spot three conspicuously gay male couples poolside – and there were probably more cocooned away somewhere since the place, with only 119 rooms, is known for its privacy. One of North America’s most fun gay scenes is just south, in Puerto Vallarta’s Zona Romántica, but these guys chose a Marriott property an hour’s drive away from the action. I look at the couples more closely. Their bathing suits don’t look cheap. Right! W is an upscale design-conscious brand that prides itself on being tapped into current trends.

Why on earth would I be surprised that some luxury queens have picked this place over three-star spots closer to nightlife? There’s a long history of gay men allying themselves with swank. The community’s divided reaction to the death in February of fashion icon Karl Lagerfeld, a creative visionary with too many repugnant ideas to enumerate, highlighted the tensions between egalitarian LGBT urges and a certain segment’s obsession with all that’s haute.

The history of some gay men’s obsession with upscale brands probably started on the supply side – gay men who took up the scissors and sewing machine in order to make their claim at greatness. By the 1960s, Italian couturier Valentino had become one of the world’s best-loved designers, though knowledge about his gay life didn’t become public fodder until the 2000s. In the 1970s, the American designer Halston (the subject of a compelling documentary at Toronto’s Inside Out film festival coming up this May) injected some modernity into the world of high fashion – a bit of cheek with all the chic. Halston would arrive at parties with as many as 20 of his “Halstonettes,” but the beautiful young women didn’t seem intended to be a cover for his well-known gay life; the Halstonettes were almost a test to see if you were in on the joke.

By the 1990s, attention had turned to the demand side of the equation – the LGBT people who were increasingly coming out of the closet and were spending so-called “pink dollars.” In a marketplace that was largely seen as unfriendly – or at least oblivious – to LGBT people, certain brands like Absolut and Subaru started to embrace queer consumers. Whether it was for the purposes of social inclusion and equality or because these brands saw this mostly childless demographic as having lots of disposable income – wasn’t it all win-win?

“Gay-positive companies could achieve brand loyalty by specifically including gay and lesbian people in their advertising. These companies were seen as an exception, a small group of companies that were heroes,” Steve Kates tells me. Now an associate professor at the Beedie School of Business at Simon Fraser University, Kates’ doctoral thesis was published in 1998 and the title was blunt in its concern for the bottom line: Twenty Million New Customers!: Understanding Gay Men’s Consumer Behavior. Kates reported on how gay taste was shaped by newly blossoming gay villages where gay men embraced almost any brand that acknowledged their existence. I would argue that while some brands, like Absolut, did it on purpose, fashion-oriented brands led by gay men, like Valentino, Halston, Lagerfeld, Gianni Versace and Jean Paul Gaultier, did it by employing a more cleverly coded aesthetic, which embedded queerness in high fashion. Astute homosexuals could smell the gay and gain status in cosmopolitan milieus by exhibiting their expertise – and how much money they were making.

Kates doubts his findings would be applicable now. Increased social acceptance and the power of the internet, which has moved much of our shopping and social lives online, have radically changed LGBT consumption patterns. These days we’re less struck by LGBT-friendly companies than by those that stubbornly remain homophobic and transphobic. Many millennials go out of their way to eschew stereotypical “gay” messaging – they’re just like everybody else, damn it!

Meanwhile, social justice advocates calling attention to marginalized groups, like homeless LGBT youth, can make conspicuous consumption feel heartless. This concern is not misplaced. One Ontario-based study found that half of trans people were living on less than $15,000 a year. Pride organizations across the country have come under increased scrutiny for “selling out” to sponsors at the expense of sexual liberation and more tough-minded political messages.

So much of the marketing specifically aimed at LGBT people has relied on stereotypes – ripped young white men, mostly – that it can be vexing. “At first, people were like, ‘wow, it’s great these companies are taking an interest,’ but there were so many assumptions being made about what it meant to be on the queer scene,” says Craig Haslop, a lecturer in media at the University of Liverpool. “Some of it was based on an assumption that simply because you were on the gay scene, your whole life revolved around it.” One 2000 ad for Downy Wrinkle Remover showed a picture of two men in bed, clothing thrown everywhere, with the cutline: “You were more concerned with taking them off than folding them up.”

Rather than being specifically targeted, LGBT people are increasingly depicted as part of a diverse landscape: the same-sex couple, the mixed-race “big girl,” the Asian guy, the wrinkled matron that inclusivity necessitates. LGBT representation, like the interracial gay male couple in Ikea’s 2016 “All homes are created equal” commercial, probably titillates “right-thinking” straight people as much or more than it does LGBT people.

The remaining gay-focused brands – where advertising campaigns are singularly designed to appeal to gay men – seem to be sexy underwear. There’s Andrew Christian (twink), Addicted (party boy) and Nasty Pig (unapologetically sexually adventurous). Though they are fashion descendants of Calvin Klein, and exhibit much more fussiness about styling than mainstream brands, they are a far cry from the world of couture. Gay style has, it seems, come full circle and gone back into the bedroom.