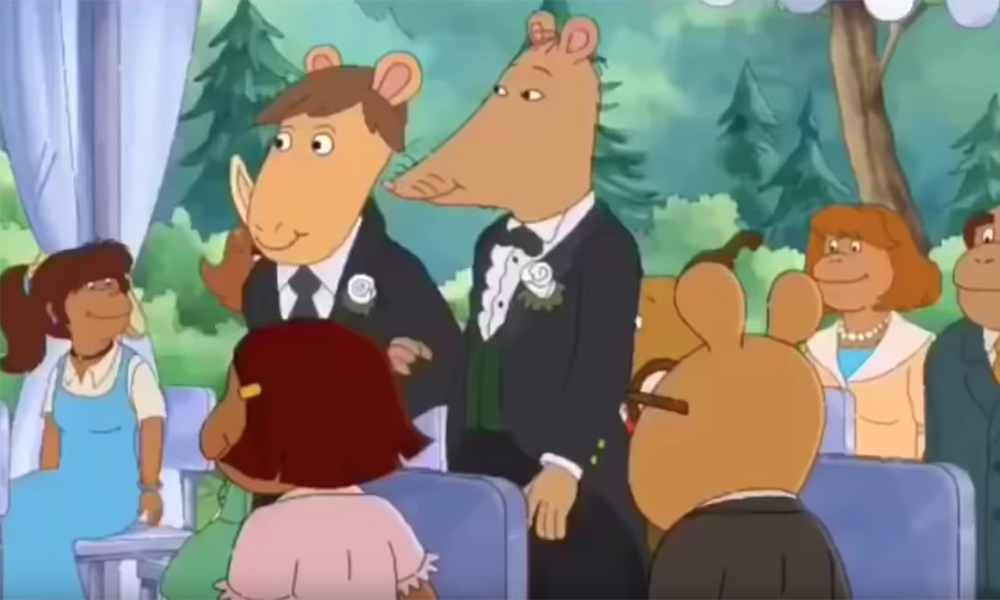 On Monday, PBS’s beloved children’s show Arthur started off season 22 with a bang when it revealed that one of its longtime characters, Arthur’s teacher Mr. Ratburn, was gay and getting married.

In the premiere episode titled “Mr. Ratburn and the Special Someone,” Arthur and his friends attend their teacher’s wedding, thinking that Mr. Ratburn is marrying female rat Patty (voiced by Jane Lynch) until they realize that she’s actually his sister.

Shocked at the revelation, Arthur’s pal Muffy then asks, “Who is Mr. Ratburn marrying?” — only to turn around and find their teacher walking down the aisle next to another groom.

When Arthur and his gang of animal friends show see how happy the couple appear, they accept everything without question. They do, however, make fun of the way Mr. Ratburn and his new husband dance, which is fair.

The series has been on the air since 1996 with no mention of Mr. Ratburn’s sexuality until now. However, this is not the first time the Arthur universe has explored same sex marriage. The spinoff show Postcards from Buster featured a lesbian couple in the 2005 episode “Sugartime!”.

You can watch the full episode of Arthur’s “Mr. Ratburn and the Special Someone” here.