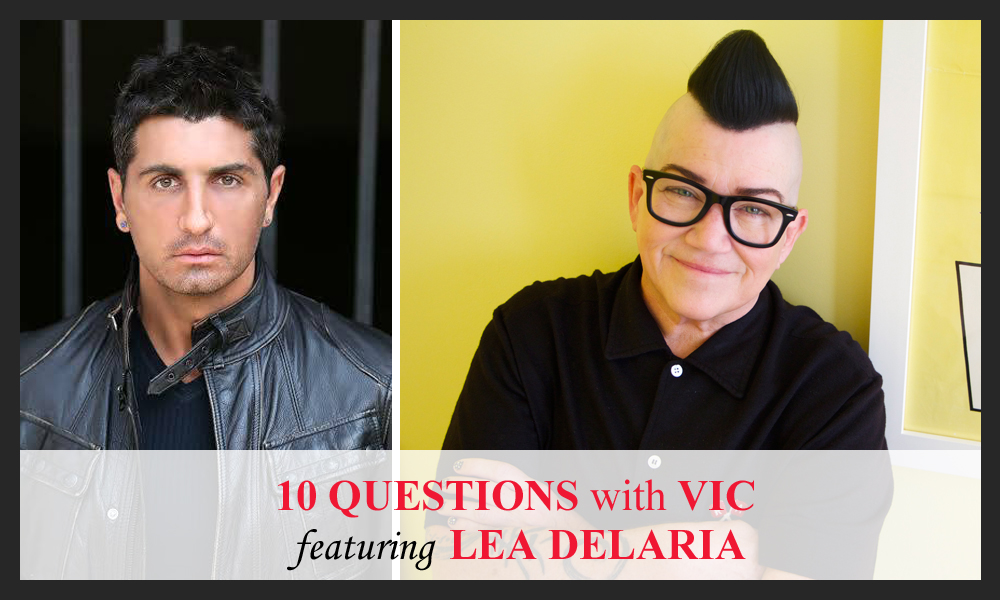 Lea holds the distinction of being the first openly LGBT comic on television in America. She’s received Obie & Theater World Awards, and a Drama Desk nomination for her portrayal as ‘Hildy’ in the Public Theatre’s revival of On The Town, an Ovation nomination for The Boys From Syracuse, and has played both Eddie & Dr. Scott in the gender-bending Broadway musical The Rocky Horror Show.

I was in Provincetown, Massachusetts in early May, where DeLaria’s highly anticipated new entertainment venue and restaurant, The Club, is about to open. The beach community was so excited for the grand-opening that I had to connect with Lea and get caught-up.

Modesty aside, how would you describe yourself?
Generally, I describe myself as Butch… a really talented sex machine of a butch.

You have had an illustrious career starting with stand-up then on to film and television, with roles in classic movies such as First Wives Club, Pulp Fiction and most recently playing the iconic role of “Big Boo’ in Orange is the New Black. With all your success, do you feel like you are on top of the world?
OK, first of all I wasn’t in Pulp Fiction. I was in a spoof of Pulp Fiction called Plump Fiction which starred Julie Brown in a fat suit. Secondly, nobody who looks like me and talks like me, who ran out of fucks to give when Sonny was with Cher feels on top of the world. Let’s just say, that I lead a charmed life, and I know it.

How do you reflect on your career so far and having been the first LGBT comic to appear on late night talk show, The Arsenio Hall Show, in 1993?
I was the first openly gay comic to perform on television in America. It wasn’t just late night TV, I was the first ever in the USA. As you can see, that milestone is something I am very proud of. Mostly, I reflect on the change in society and people’s perception of what it is to be queer and especially in my case Butch. Back then the power figures in show business thought it was career suicide to do what I did. However, the reality of my choice is that for me there was no choice. I mean… Look at me. What am I gonna do, walk out on stage and talk about my boyfriend?

You grew up singing alongside your jazz pianist father and have sung throughout your career. Most of your fans know about your music career, including being on Broadway and all your successful albums. You also released a new album, House of David, last year. Will you be doing more singing in the near future?
As a matter of fact yes. I have recently purchased a nightclub in Provincetown Massachusetts. It used to be a dance club called the Pied Bar. I along with my partner, Frank Christopher, have turned it into a performance oriented space. I will be performing there when we open on June 21. I will also be doing a 5 week run there, starting August 8. If you haven’t ever been to Provincetown you must come it’s a magical beautiful and queer little resort town

Tell me about your fans when they recognize you in public.
Well, the teenage girls scream and shake and cry like I’m a Jonas Brother.

Men ask me for a selfie saying “it’s for my wife” or “my girlfriend who watches Orange” … like straight men don’t watch orange, or any of the lesbian sex scenes in the shower. 🙄

Gay men love to talk to me about Broadway and if they are of a “certain” age then it’s One Life To Live and Edge of 17.

Straight women tell me The First Wives Club is their favorite movie, my response to that is, “Really? Mine’s Rebecca.”

And finally, lesbians give me a firm handshake and ask me if I like cats, unless they are in their early 20’s then they flirt ruthlessly. #daddy 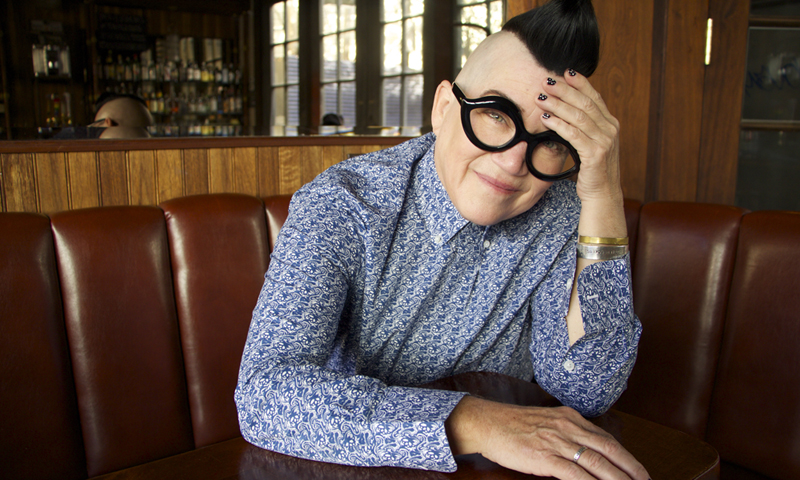 Our late night features The Club House Band which plays for free from ten until close. So you can sit, eat and drink on our huge deck with comfortable patio couches, chairs, love seats and fire pits, look at the pretty water and enjoy the vibe until 12:30 at night.

What is your favorite charity/cause?
The Ali Forney Center for homeless gay youth. In fact they are in my will.

Which living person(s) do you most admire?
Oprah Winfrey… yeah I said it.

Aside from the highly anticipated opening of The Club, do you have other project(s) coming up?
Yes I do, but like all big things in my industry I am not allowed to discuss it yet.

Tell me a secret-make it a good one!
I am actually straight; the dyke thing is a career move.

For more information about Lea DeLaria and her projects, please visit LeaDelaria.com