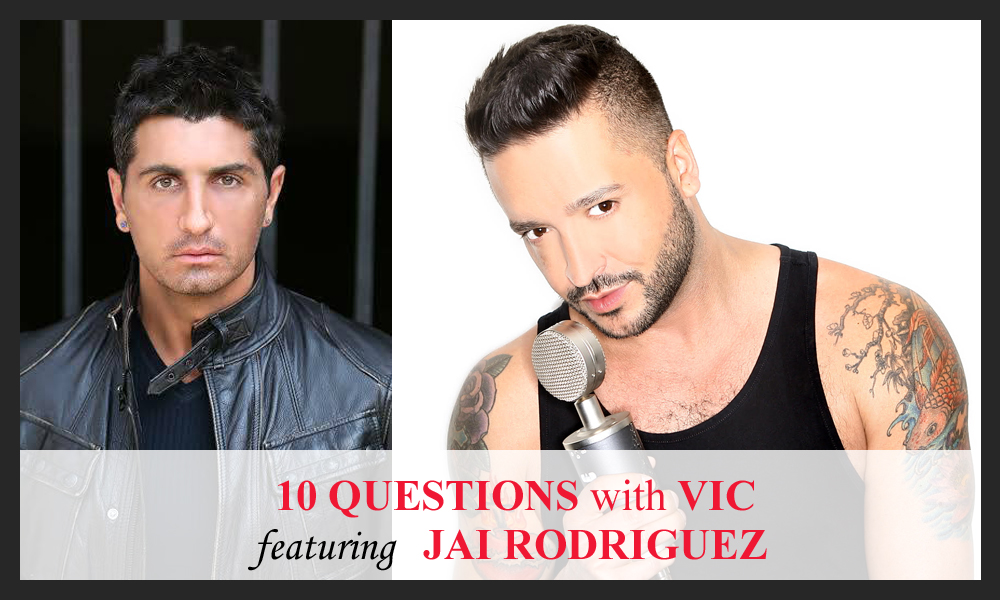 It’s hard to believe that it’s been sixteen years since I first met Jai Rodriguez on the patio of since closed ‘Here Lounge’, a gay bar in West Hollywood in 2003. Queer Eye for the Straight Guy had not aired yet, but the ‘Fab 5’ was in LA promoting it, a couple of weeks before its premiere date. Carson Kressley, the most boisterous of the five, said hi then introduced me to his four co-hosts. Within a few short months, the show was a huge hit, including its youngest cast member, Jai Rodriguez, the ‘Culture Guy’, who was already known from the Broadway musical, Rent.

Since, Jai has built on the success of Queer Eye and gone on to star in films, television, and theater, as well as foster his recording career. Among other things, he currently co-hosts Channel Q’s The Morning Beat with Jai & Mikalah, so I caught up with him just before Pride Month to reminisce about his accomplishments, discuss his current hit show and upcoming projects.

Queer Eye ran for five successful seasons. How do you reflect on the show and that era?
It’s weird to think we ran for five seasons as we worked for almost three years straight. There were rarely large breaks (if any). To be honest, I rarely remember how many. I know they shortened our order the finale season so they could cancel us at exactly episode 100 so they could sell it for syndication. The experience for me was most people’s college years. I’m closer in age to the new cast and I often think about what it would have been like to do the show in my thirties. For me there is an undeniable bond within the five of us. The magic began there. On a broader scale I’m honored to be a part of LGBTQ+ history with Queer Eye as the first all gay cast in network history. I’m humbled many people felt safe to come out due to our show and many other people got to get to know five, queer men they may not have had the chance to experience in their real life. I think that was a giant step forward in terms of LGBTQ+ acceptance, but we still have an incredibly long way to go.

Do most people realize that way before Queer Eye For The Straight Guy, you played Angel in Rent when you were eighteen years old?
Most people don’t know that Netflix’s Queer Eye is a reboot! LOL!. I did Rent for five years and Queer Eye for three. To me, I’ll always be that boy from Rent. I did host the Rent Live screening as Angel in Weho. It was fun throwing on the look 21 years later. Mama still got it.

You are involved with Positively Fearless, a HIV advocacy organization. Tell me about that.
The movement is about being fearless about keeping yourself safe, staying healthy if you’re positive and empowering everyone to remove the stigma around HIV. Even with PrEP and knowing that U = U (undetectable = un transmittable) there are people who still see positive people as other. When my aunt passed from AIDS related complications in the 90’s I knew I would make it my life’s mission to not let her passing be in vain. That’s why I’m an advocate for the HIV community.

Tell me about your talk show, The Morning Beat, on Channel Q.
I host on air with Mikalah Gordon (American Idol). She’s a lesbian and I’m queer, (but really she’s more of a drag queen and I’m an old man). It’s a funny mixture of talk radio and great music. We laugh a lot. I get a lot of DMs and texts saying “you guys are killing me this am”). We like to think of our hours on air as a party with a purpose. We cover informative stories that impact the community while also keeping it fun with games, give-away’ s and celebrity interviews.

Channel Q is a new source for LGBTQ+ talk, news and music across the nation. How is it being part of this new queer network?
It’s been really remarkable to launch this alongside our other radio fam. KROQ, JACK FM, AMP Radio, The Wave, etc. are all on our floor. There were only a small handful of LGBTQ employees at the company until we showed up. I’ve been amazed at how warmly we’ve been accepted by the sister stations.

Even in this era of post-marriage equality and on the 50th anniversary of Stonewall, LGBT media is as important as ever. How do you see your role within Channel Q in regards to all the important conversations that are happening?
I’m in control of the narrative. Finally. My 21+ years of working in entertainment and being a go-to person to tell LGBTQ+ stories through my work is now broadened. I get to give my opinion and tackle topics I previously might have been fearful to unpack At Channel Q we are giving everyone in our community a voice and aren’t afraid to take our adversaries to task. 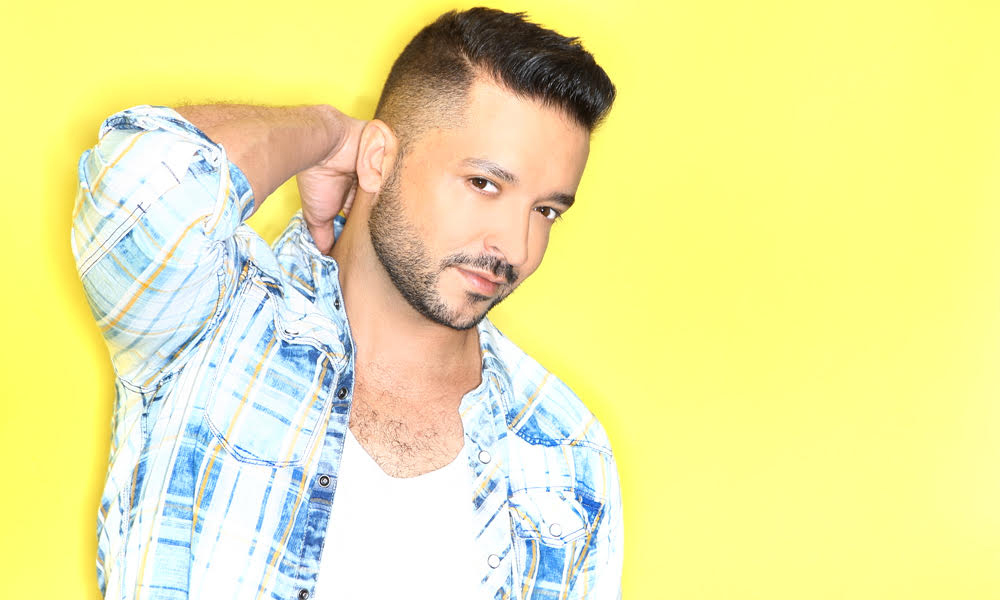 Name three persons that you would like to have on The Morning Beat that you haven’t had yet.
J-Lo (she’ll be 50 I’ll be 40 a week a part in June). She was a big Queer Eye For The Straight Guy fan and it would be cool to reconnect.

Gaga. Feels weird we HAVEN’T had her on yet since she’s such an advocate for the community. Plus, I’m in the “Telephone” music video so that’s my in – lol.

Bonus folks would be Michelle Obama and Hilary Clinton.

We are headed toward a Presidential campaign in the United States soon. Does anyone stand out from the rest at this point?
Mayor Pete. I JUST saw speak him at The Abbey. I’m keeping my eye on him. I really like Kamala Harris as well but I’m holding out until the debates and when people start rolling out policy before I make firm decisions.

Aside from Positively Fearless, what are some other charities and causes that are important to you?
I’m currently in San Francisco doing an event for EQCA. I think the work they do is so vital. I love Lambda Legal and the great Legal work they do for the LGBTQ+ community. GLAAD Has helped me when my character was misgendered on a TV series. They’re statement of “words and images matter” is something I couldn’t agree more with. Of course the Trevor Project is always on my mind with the high number of LGBTQ suicides. It’s hard not to be thankful we have them making a difference. But then my mind goes to FREE MOM HUGS and brave faith-based organizations who are PRO LGBTQ. We need more of that.

Do you have other projects coming up that you can talk about?
I’ll be guesting on a new Hulu comedy called Doll Face opposite Kay Dennings. I’ll also be hosting two one-hour specials for Lifetime’s hit series Dance-Mom’s and I’ll be on season four of Eastsiders.

For more information about The Morning Beat with Jai & Mikalah and Channel Q, please visit WeAreChannelQ.radio.com