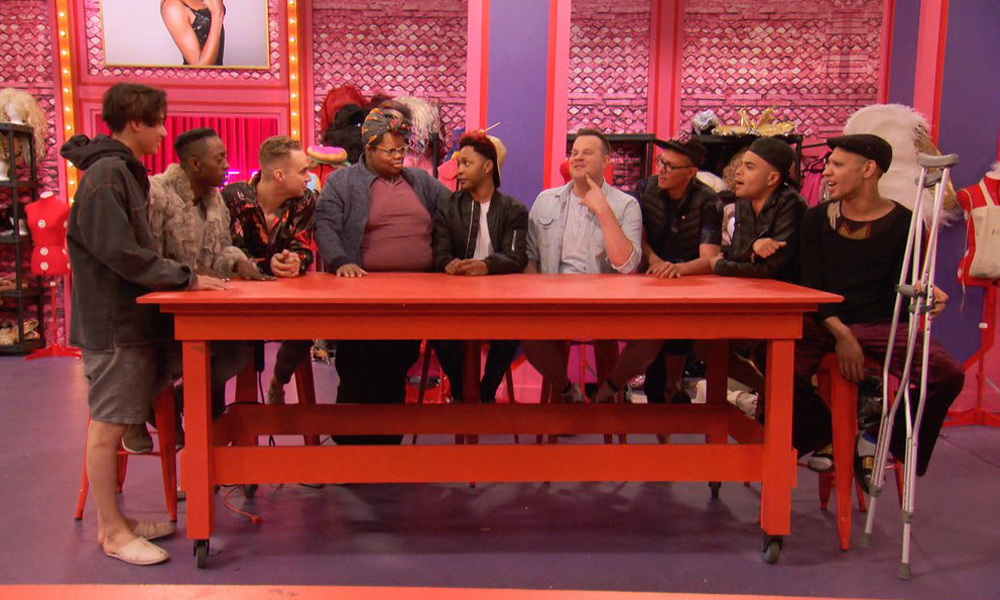 This week is all about letting personality shine, organically…

Last week we said goodbye to Scarlet Envy, (I’m still a little shocked and confused by that decision if we’re being honest). As far as we know, Yvie’s ankle might not make it through the episode, and the #Branjie ship is still sailing (as per their matching white outfits last week). With such strong competitors this season, and another sewing challenge coming at us this week, this is still very much any queen’s game.

We meet up with the queens, as per usual, directly after Scarlet’s premature elimination in the werk room. After deciding to not read Scarlet’s letter, Ra’Jah declares that it was simply Scarlet’s time to go home, which is pretty rich coming from a queen who has literally been in the bottom for 50 per cent of the competition.  Over on the couches, Plastique announces that she can officially do no wrong, because she is what? SICKENING. Silky isn’t having it. Yvie asks Ra’jah if she’s salty over Scarlet calling her out on the runway and Ra’jah’s long winded answer revealed that she may be feeling less than confident on the inside, than she’s letting on.

The next day in the werk room, the queens talk about which of the other Drag Race girls they get compared to out in the real world. Ru appears with this week’s quick drag mini challenge, which involves some fake boobs, tank tops, a race, and some slow motion. Nina West, and Shuga Cain, took home the breast runs of the week.

Ru then announced that this week’s maxi challenge involves taking fresh and organic produce, and creating high fashion lewks for the runway. The queens are all hard at work designing their outfits, and snacking on the materials. Yvie has become the honest voice of reason of the group, telling the other queens whether they’re being too safe, or if their look will work or not for them. Vanjie knows she can’t wear another leotard on the runway, and Nina West wants to take a risk with her outfit and stand out. When Ru enters the werk room for the walk-around, he tells Brook Lynn to be more vulnerable, and Plastique got real, and dropped the shocking fact that her family didn’t even know she was competing on the show. The moment brought the the majority of the werk room to tears, and ended with Ru embracing Plastique and proclaiming that this was her new home, and she was her new mom. Overall, the werk room walk-around consisted of Ru telling lewk queens to start showing their personality, and the queens with a big personality (Silky) to stop relying on their personalities, and deliver a high quality lewks. Out on the runway, the queens meet with the one, the only Alyssa Edwards (Drag Race royalty, obviously) for some runway tips and tricks. After a fun, and more informative runway lesson than anything on America’s Next Top Model, Alyssa reveals the queens will be doing a country-inspired line dance as a surprise for Ru. 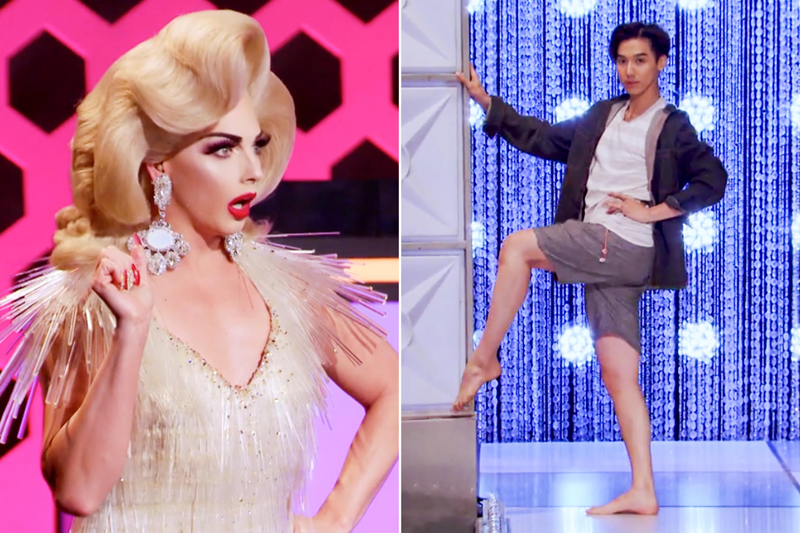 After a quick break, it’s elimination day, and there is a bit of tension in the werk room. Between Plastique taking tree bark from Ra’Jah, and the ongoing, albeit unnecessary feud forming between Yvie and Silky, it’s finally time to see these organic looks. The line dance performance had a lot going on. There was plaid, a hay bale, and Yvie playing a fiddle. Out on the runway, the queens stunned in their organic lewks, which included Silky describing her high-waisted skirt, and crop top as a “business woman chic”, Brook Lynn in denim, and dried oranges, and Yvie in glam like we’ve never seen her before. The judges praised Brook Lynn’s attention to detail, and consistency, Yvie for stepping out of the box, but staying true to herself, and Plastique for finally letting go, and having fun with a challenge. On the other side, Michelle told Ra’Jah she looked like Groot. A’Keria found herself falling from last week’s grace with her denim cape, and although Nina received even more critiques about her body, she took it all in stride and thanked the judges for all of their constructive feedback. 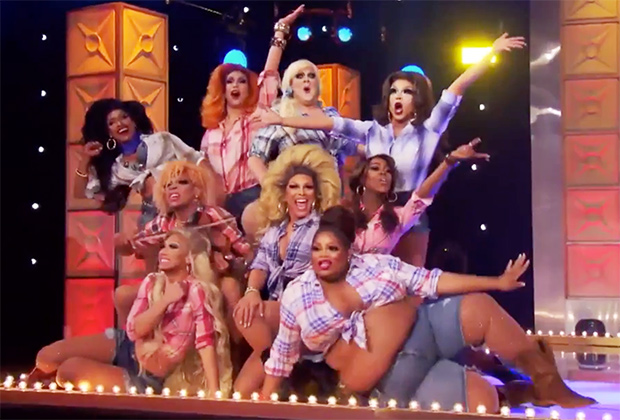 Ru announced that this week’s winner was Plastique, for a well-deserved breakthrough. For her win, Plastique received a trip to Toronto (ok, werk). Plastique really stepped out of her shell this week, and opened up, and it worked in her favour. Condragulations girl. For their stunning lewks, both Yvie, and Brook Lynn were pronounced safe, which leaves us with our bottom three of the week. Nina West’s corset of the corn, and eagerness to take critique saved her, which left A’Keria, and Ra’Jah to lip sync for their lives, and a spot in the competition. The two battled to Sheena Easton’s Strut. After a tame, and slightly boring lip sync, Ra’jah was sent home, unsurprisingly since she had been in the bottom more than she had been safe (all tea, all shade). The burlap pant was a bold choice, but much like the Ra’Jah, they kind of just fell apart when they needed to be fierce. See you later girl.

Front Runner of the week: This week was all about Plastique. Her vulnerability opened her up to being a well-rounded competitor, and I can’t wait to see what she does next.

What we’ll see next week: Snatch Game! A visit from Jinkx Monsoon, and CLEA DUVALL.