INTERVIEW: Catching Up With Trinity The Tuck 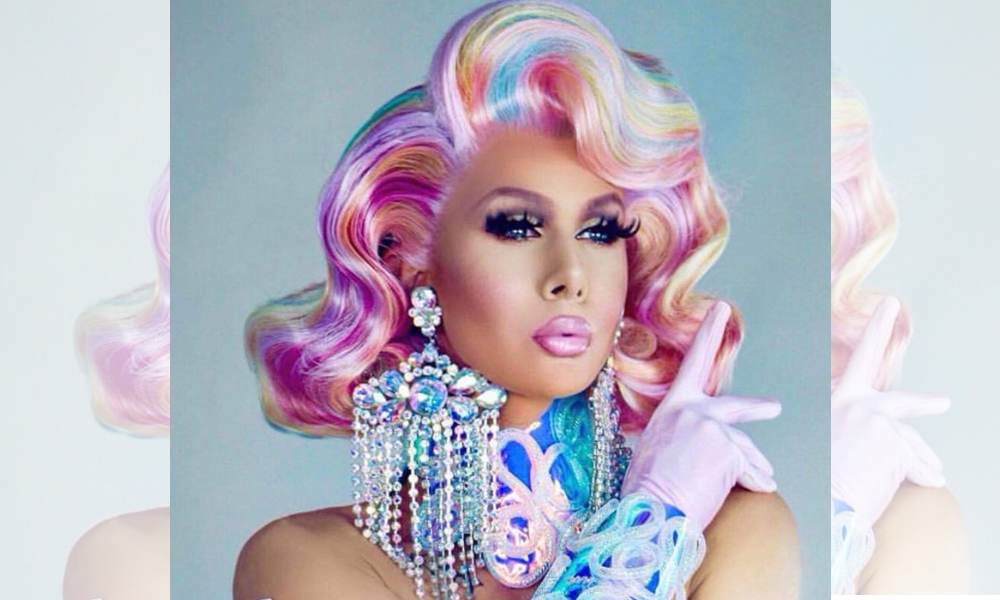 The All Stars 4 winner talks about her favourite looks, who she’s rooting for this season of Drag Race, and how sharing the All Star title is not what you may think…

It’s been two months since Trinity the Tuck was named as one of the winners of RuPaul’s Drag Race All Stars 4, and the shocking tie still remains as one of the biggest twists in the show’s history. Known for her fabulous body-ody-ody, infamous tuck, and super-polished looks, Trinity delivered stunning performances on the main stage that classified her as a fan favourite from both her time on Season 9, and AS4.

IN got the chance to chat with Trinity ahead of her April 20 performance in Toronto (along with Season 11 queens Shuga Cain, and A’Keria C. Davenport) to talk preparation for All Stars, her favourite looks from the show, the tied ending, and how sharing the title of AS4 winner is not what you may think.

You’ll be back in Canada performing in Toronto on April 20. What is your favourite thing about performing in Canada?
I really love the fact that the audience is just very appreciative of the shows that they have there. Every time that I come, the audience is just so energized, and so into the show, they just love it! And not just for the Drag Race girls, but for the local entertainers that are in the show as well. It’s just really cool to see an audience that’s just fully there for the show because you don’t get that everywhere you go! In the states you can find drag literally every night of the week, and probably several shows a night. I just find that some audiences just aren’t into the drag phenomenon as much as other places. Canada is always just so energized for the shows, so it’s very exciting.

You’ll be performing with some of the Season 11 queens. Who are you rooting for this season?
My initial thoughts have changed since the beginning. I definitely think that the two standouts 100 per cent are Brook Lynn and Yvie. I also am in love with Plastique. I think she’s hilarious, and she’s gorgeous. So those are my three favourites. 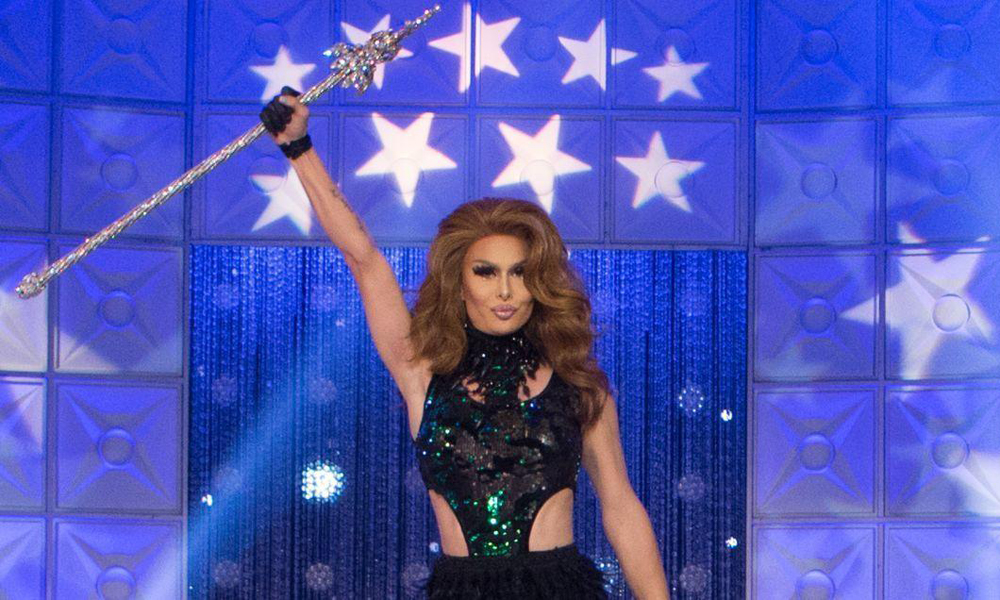 You won the most recent season of Drag Race All Stars, and obviously the big surprise was that the outcome was tie. How surprised were you to find out you were sharing that title, and how has it been being a tied winner with Monét?
I mean… did you see the video of my reaction? [Referring to the now viral video of Trinity and Monét the moment the tied win was announced.] That should definitely be explanatory enough. It was a shock. I mean, I can’t speak for Monét. We’ve talked a little bit about it, but for me it was a shock for sure because we didn’t film a tie. So in my mind it would have been one way or the other. As far as how it’s been sharing a title, we don’t really share the title. I’m the winner of All Stars 4, and she’s the winner of All Stars 4. We don’t share a title, we don’t share a crown, we don’t share the winnings. She’s going on to do her own thing. I go on to do my own thing…I feel very blessed, and excited to have this opportunity, and I can’t wait to see where it goes!

How different was the preparation that went into getting looks together for All Stars than for Season 9?
You know, the first run for any entertainer, people have to remember that most people that are first timers on a show don’t have a budget. You know, you’re doing it all yourself, or you’re borrowing, doing whatever you have to do to get things together. I spent about $3000, which was a ton of money to me to get ready for season nine. So the majority of that stuff I wore on season nine, I made myself. Now going into All Stars, I spent upwards to $20,000 on wardrobe, and that’s because at All Stars they expect that. They expect that you are a seasoned entertainer. At that point you have made money on the road, and you’ve invested back into your craft. So they expect you to come with quality, and there is definitely a difference.

Going into All Stars you’ve already been through the competition once, so how was the mental preparation different than going into something unknown the first time around?
I think that you’ve already been prepared. You already know what to expect going into All Stars versus your first go. You know, you’re scared to death to say anything, or not do exactly as you’re told the first go around. The second go-around you kind of let the P.A and the Producers, and anybody else there know “hey I need this to compete. I need this for creature comfort, I need this because I have a business to run outside of here”. Going into All Stars you know what to expect, and you’re not scared. Obviously you don’t know what the challenges are, but you’re a lot less nervous. At least I was!

Do you have a favourite look you wore on the show?
Oh definitely! I loved my curves and swerves look. And I loved my boots [the house down], and I loved my plastic [plastique fantastique] look. Those were my three favourite looks. Oh! And the finale obviously was one of my favourites. 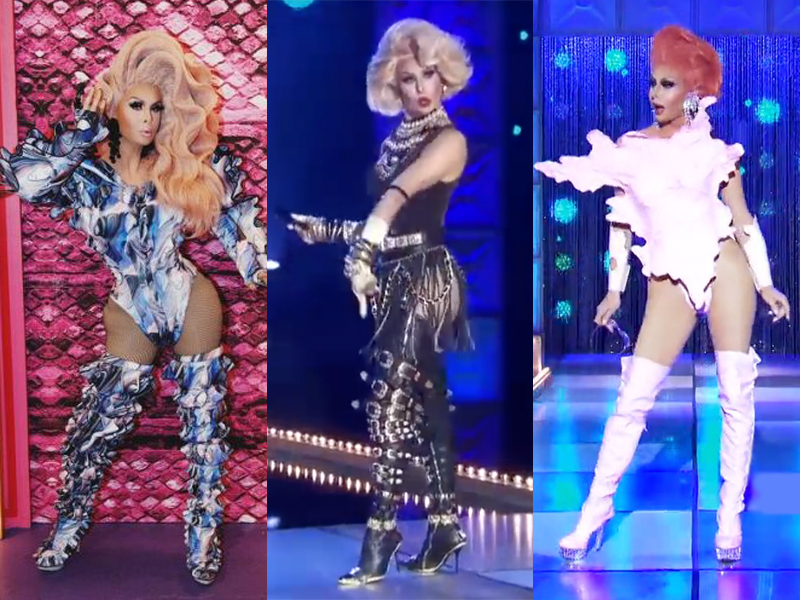 Was there anything we didn’t get to see, or that didn’t make the cut that was a memorable moment for you?
There’s only so much time that they have to put together an episode. We film hours, and hours, and hours, so there’s stuff that gets cut out. There are all kinds of interactions with the girls that you guys didn’t get to see. But, I think that the show conveyed the most important scenes, really for everyone I think. So I don’t think there’s anything that I wish the show would have shown. The thing is that as a fan, you don’t really understand from watching the show that it’s really just a TV show. It’s really just a produced reality show, you know? Some people out there are thinking that this is a legit, 100 per cent, fair an honest, all the way through, what you see is what you get competition. That’s not true because that would be boring. It is a reality show, and they have to produce a good show, and I understand that but some people don’t. Even some people competing don’t. So there’s nothing I wish they had shown differently.

You’ve released music, what do you want your fans to take away from your songs?
Definitely not that I’m a singer! [laughs] I think that music is part of being a drag queen. It’s just natural for a drag artist to have content of their own. Music to me, and the content that I’ve produced is fun, and light hearted, and just puts people in the mood of wherever I need to take them. So music allows you to, when you create it, bring your audience into whatever you want them to see.

What’s next for Trinity the Tuck?
There’s a lot of stuff that’s happening right now, that I can’t speak to. But it’s limitless, what I want to accomplish. I’m a very driven person, and I’m going to continue to just go after my goals until they’re either not possible, or I’ve accomplished them all. There are some amazing things in the works, and I can’t wait for those things to be released. I have a European tour coming up. I have a South American tour, and an Australian tour coming up, and I’ll be in Canada soon, as you know… I’m just excited to travel, and meet so many people that keep my job alive, and I’m very grateful that I have that support and that fan base. Because if it wasn’t for the fans there wouldn’t be none of us!

You can catch Trinity the Tuck on Saturday April 20, 2019 at Prism Festival & Pitbull Presents: Bring it to the Runway at Toronto’s Pheonix Concert Theatre. For more information click here.