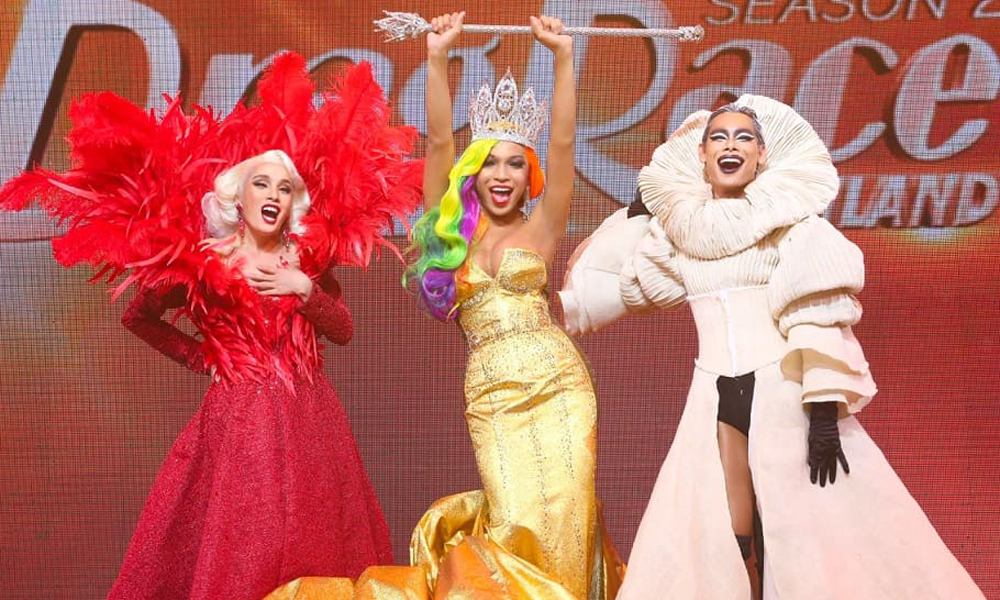 Co-host Pangina Heals took to social media to congratulate Angele Anang on the epic win, writing, “You worked hard and you showed the world you are an amazing artist and an amazing human being.”

Kandy Zyanide, another trans contestant, was runner-up to Angele.

However, Angele Anang came out on top proving herself throughout the season. She is the first queen in the franchise to win five challenges in a row and now holds the record for most challenge wins in a single seasons. Overall, she won a total of six challenges, beating BenDeLaCreme’s former record of five from All Stars 3.