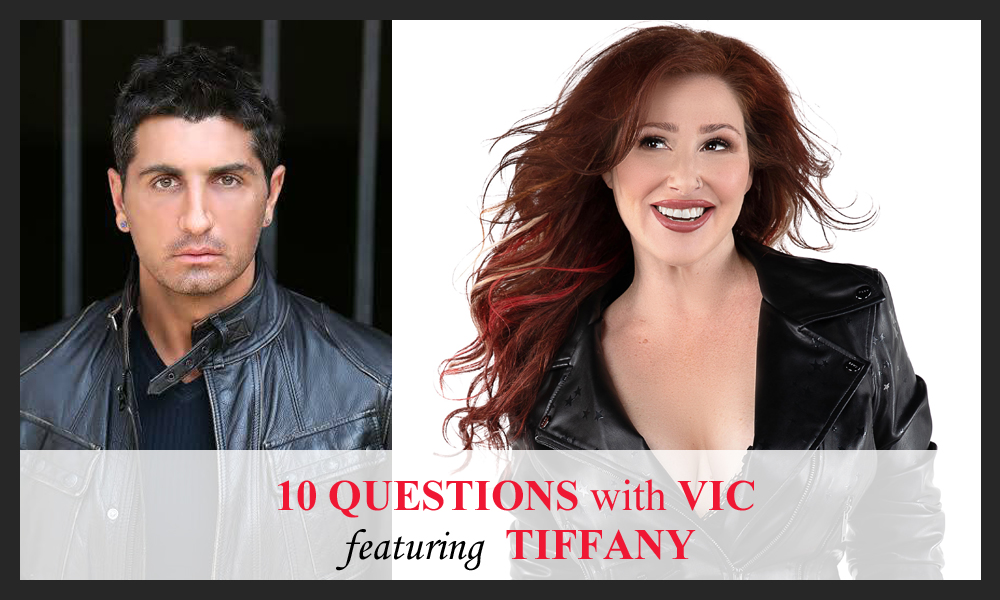 Tiffany will forever be an iconic Pop Star, whose immense talents as a vocalist, songwriter, and producer have afforded her a successful music career. A California girl who was born in Los Angeles, Tiffany has since ventured out and diversified. She lives in Nashville and has conquered her love for Rock music, earning the respect of her peers.

I happened to be at a benefit concert for Multiple Sclerosis, The Rock Against MS Foundation’s 7th Annual RAMS Benefit Concert & Awards, a show Tiffany opened to a standing ovation. Backstage and the green-room were filled with rock legends, so I didn’t dream of being able to interview her. I snuck out of the theater after a few songs and asked the publicist of the show if I could simply say hi to her; she said that she’ll do her best to get me backstage, but no promises. Suddenly Tiffany comes up to the lobby to greet me and takes me to her dressing room for an exclusive interview.

She was a dream-casual, friendly, very charismatic and chatted with me for a long time. I was ecstatic to interview her when she is hotter than ever, with a new album, two new videos and an upcoming tour. With all this, she is as loyal to her fans as they are to her and always gives back to the community.

That was a great opening of the show, you brought down the house. What are you up to in the near future?
Well, I have a new single coming out, “I Think We’re Alone Now”, revamped and re-released, and that’s coming out ASAP, April 16th. So all the interest with the New Kids on The Block (NKOTB) Tour, and just me celebrating thirty years in the industry. I had already re-recorded it and I was kind of waiting maybe, maybe after the tour or something. It’d be a fun little thing for the fans. But “The Umbrella Academy” started using, “I think We’re Alone Now” which sparked this whole resurgence and craziness. So I kind of just thought put it out ahead of time.

You are in Los Angeles to support The Rock Against MS Foundation’s 7th Annual RAMS Benefit Concert & Awards. What else do you have happening in LA?
I’m here in LA not just to support the MS charity tonight, but also to do a video. I might go back to all the old school places, it’s a parody a little bit, it’s going to be done professionally, but with a little kick, you know, a little cheeky. So I’m going back to Venice beach, I’m going back to Ventura and I’m going back to the Glendale Galleria, I’m actually going to add in there, Norwalk High, my high school, just because it’s kind of about an LA girl returning to her first memories. So, you know, I want to play it up and show a lot of people like my high school and Norwalk and where I’m from, all the things in between the people didn’t see as well. So it’s going to be a lot of fun. We’re shooting that on this fourth and fifth.

Anything from the new album?
I shoot my video for “Waste of Time”, which is my new single coming out from the album “Pieces of Me”, and that’s been released last year.

Tell me more about your upcoming tour with NKOTB.
So we’ve got the new single coming out, videos to follow and you know, this whole tour with New Kids is going to be very interactive, not just old school reminiscing, being in the moment, having fun, but also bringing them into my new world and the extension really, but all the new music as a producer, as a writer now, as a woman wanting to turn the page a little bit, go into more like Pop Rock. So they’re going to get to see me live these songs, write these songs, be on the back of the bus, recording these songs for the new album. My whole world is music, music, music right now. And I really just want to bring my fans into my world.

I did not know about your Rock Music Side. How did you transition or incorporate pop/rock?
Stevie Nicks has always been one of my favorites. Ann Wilson, Fleetwood Mac, Led Zeppelin on and on and on and on. So I’m a Rocker at heart. I’ve always been that. But you know, obviously I started in Pop, which I’m very grateful and I love pop music as well, but I think my voice has always lent itself to a little bit more than what is the traditional pop song. Even in my early days when I was trying to do ballots, which is amazing, it showed me as a vocalist, but a night of ballots, especially for a young singer is just, it’s too much, too soon. That’s for older people. So we really struggled with the material a little bit. And obviously, I was too young to do any kind of rock stuff.

So you finally get to be a bonafide Rock Star and perform with rock icons.
So I had to wait patiently behind the scenes and grow as a vocalist, as a writer, and just keep doing it. Tonight, being here with the rock community and for them to embrace me and have me here is a big deal. These guys are very instrumental in my career and my career as a songwriter, the history of music and especially rock music, LA and the LA scene, so it’s really cool to be around them and get to know them, for them to get to know me now, and see my heart tonight. And tonight, people go that girl can sing, I’m like thank you, get the message out there, so I’m really riding the wave right now and really having the best time of my life.

Tell me about your LGBT fans.
Love! They have been very vocal about all of my songs, as a songwriter, telling me this changed my life or this helped me through and now I’m writing my own songs. So I think my gay fan base, they’re very honest. Sometimes they drive me nuts because they’re a little too honest and like, gurl, what’s up with that hair? And it pisses you off when you know I look like shit, you know? I have tons of besties that are gay boys and they love me and support me and they all want the best for me. So when they push and nudge you a little bit, it’s always for your best. But you know, there are definitely times I’ve been like, I know I wore the wrong thing, but we can’t all be divas.

So, um, I definitely think that my gay fans have made me a better artist, definitely by pulling things out of me, and the honesty that we have together growing up, being awkward, for them, a lot of times it was, you know, maybe their family didn’t know they were gay, nobody knew, secrets, how do I do this, the first experience wasn’t great. I mean, on and on and on of all these wonderful stories that I’ve got from my fans.

They relate a lot of times through music, and a lot of times that’s a healing source for people or just getting ready for the night, you know. Um, and I love that because as an artist I do that with other artists, you know, when I’m feeling a certain way, I put on certain people and they feel me. Their songs touch me. So to be in that category, it was really meaningful for me.

Aside from MS, what other charities and causes are important to you?
St. Jude, of course, it’s amazing, no families are turned away, it’s free, it’s for kids, you know, kids with cancer, so I’ve always supported St. Jude, a lot of cancer research, a lot of cancer programs, community, anything I can get involved with because I’ve had so many people in my life pass away from cancer.

You own a couple of stores in Nashville and will be auctioning off clothes for charity, correct?
For me, I’m going to be doing the NKOTB tour; I have these two boutiques, clothing stores that have some vintage, some new items, some rework items, lots of, lots of fun.

Everything I’m wearing on the tour of the specialty items will be auctioned off for charity. And I want to actually start getting to community food banks. There are so many people, you know, I could have done stuff with cancer or, or MS, but that’s just one select group. And I really think that right now in America, especially, we are really lacking good nutrition, education of that and also food, you know, there are a lot of people that are working but can’t cut the bill, and so their kids are going without, and they need those supplies, they need to go down to their local church or food bank or whatever and be able to get that food and not be judged and have a good meal.

Tell me a secret-a good one!
911, I was being investigated because I’m Arab American, I’m part Lebanese. So when that happened, somebody from Homeland Security called me. But actually, they wanted me to talk more about being Lebanese and the positive side as you know, my family is here, raised here and they love America, you know, my dad was born in Lebanon. It was like to do a positive thing, but it still scared the shit out of me. I was like, “hello”, I don’t know.

I think that you should be proud of who you are. You don’t get a choice. So, I mean, you know, you have to like be proud of who you are, it’s ridiculous when people are putting a negative slant on a certain nationality or religion or anything. It’s not kind. So anything I can do to show people that I’ve had a different experience, I think is very positive.

For more information about Tiffany’s latest projects and upcoming events, including the new album and tour dates, please visit TiffanyTunes.com. 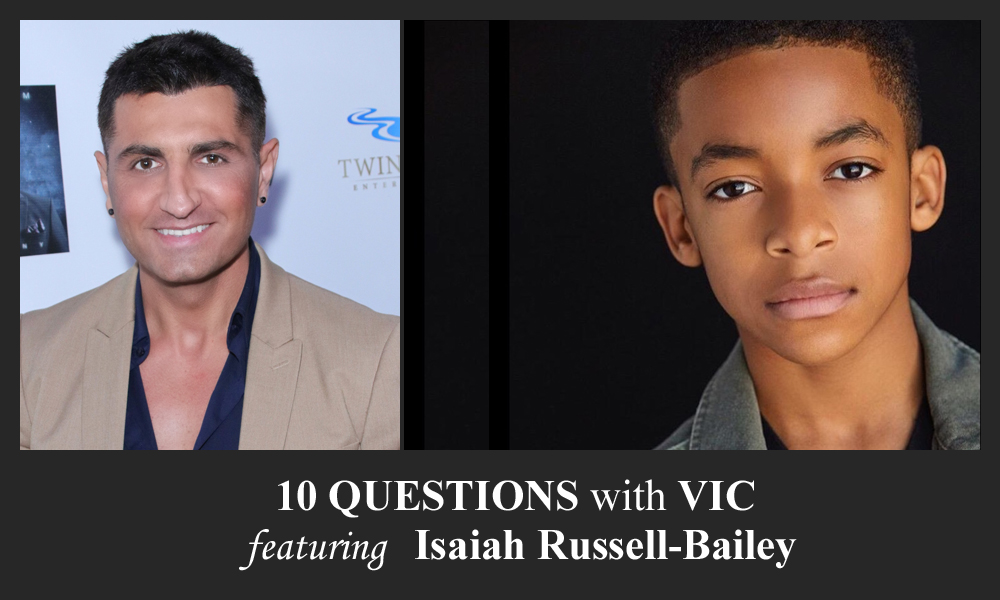