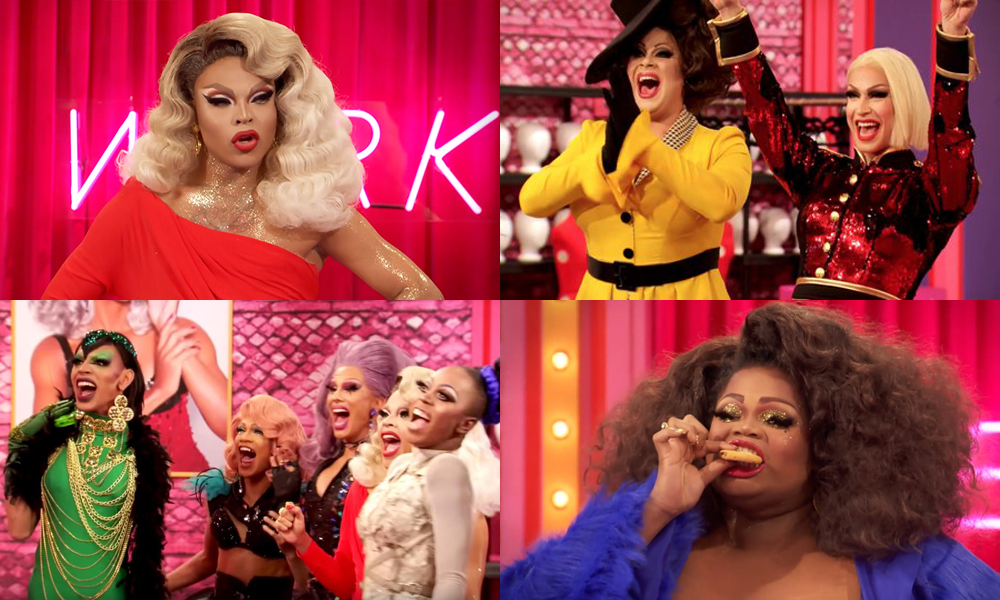 How many Davenports are in this room?…

We’re back back back again with a brand new season, and a new crop of stunning queens, including Canada’s own Brooke Lynn Hytes! The werk room is abuzz with the hope of a new season of drag race without the usual foolery, and maybe a sewing challenge thrown in if Ru is feeling generous? Right out of the gate we are graced by the presence of Miss Vanjie, who decides to hide behind a screen in the werk room, and spy on the other queens as they arrived, which is kind of iconic. The entrance looks this season are all so dynamic. These queens are all fierce, and it’s going to be a tough competition this season. Top honours to Canada’s own Brooke Lynn Hytes dressed as a glam Mountie. QUEEN OF THE NORTH, do us proud girl! Whether it’s a remote control car hot glued to a feather boa, a chocolate chip cookie in a bra, or a dress straight out of the Lizzie McGuire Movie, this season is shaping up to be a fun, and exciting one to watch, and I can’t wait to see more.

As the queens settled in and started getting to know each other, they realized a lot of the girls were pageant queens, and as we all know, pageant queens know how to play the damn game, so we are in for a treat. Once all the queens had arrived, Ru entered the werk room, to announce this season’s first challenge, a photo shoot! This season’s first challenge saw the queens directing their own photos, with each queen posing with different Drag Race legends such as Raja, Manila Luzon, Ginger Minj, Farrah Moan, Raven, and Adore Delano! Silky Nutmeg Ganache (the biggest personality in the cast so far) took home the win for the first challenge, and the rest of the queens head back to the werk room to de-drag for the first time. Will there be drama? (Probably). Will we get a show-mance this season? (Probably not). Who knows?

Ru re-enters the werk room to announce that all of the queen’s luggage had been lost (oh no!), and they would have to use trunks filled with leftovers from Drag Race alumni to make an outfit for the first runway of the season! REJOICE! Finally a sewing challenge! There was truly not a bad trunk in the bunch! This season is feeling like we’re getting some of the old Drag Race we all know and love back. Since Silky won the photo shoot challenge, she was responsible for distributing the boxes to all the other queens. Once the boxes were distributed, the queens started working on their looks. Surprise surprise, there are a few queens that don’t know how to sew. I don’t know whether to be disappointed, or empathetic because there hasn’t been a sewing challenge on this show for about 100 years, so why would any of the queens expect to have to sew? Some of the queens found Silky’s over-the-top attention-seeking personality to be “a bit much”, but she did say she was here to seize all of the opportunities she could while she was on tv, so we can’t really blame her. 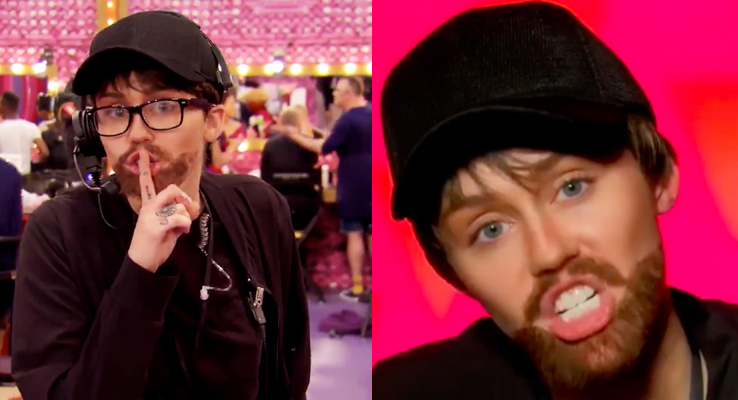 Then, this week’s guest judge Miley Cyrus went “undercover” as crewmember BJ, to surprise the Season 11 queens. Hannah Montana wasn’t fooling anyone, because Silky recognized her right away. She ended up giving the queens some really genuine advice, including some solid breathing tips I will definitely be using in times of nervousness. She told the queens to be themselves and let their personalities shine through, which will hopefully result in a genuine, and fun-to-watch season.

Out on the main stage the queens graced the catwalk in their legendary lewks, and the outfits they put together genuinely impressed me. Each was so different, and most of them were really creative, and well made. The judges critiques started with a number of the queens being safe. Plastique Tiara, and Brooke Lynn, were strong contenders right out of the gate. Soju deflected the critiques of her less-than-lavish lewk with a TMI story regarding a popped cyst (I’m so sorry you had to read that). Vanjie made a splash early on, and I honestly hope she sticks around longer this season because she was the personality that carried the whole episode. After the judge’s deliberations, Ru announced that Brooke Lynn Hyets was the winner of the week (OH CANADA BABY), and lip-syncing for their lives this week are Soju, and Kahanna Montrese. 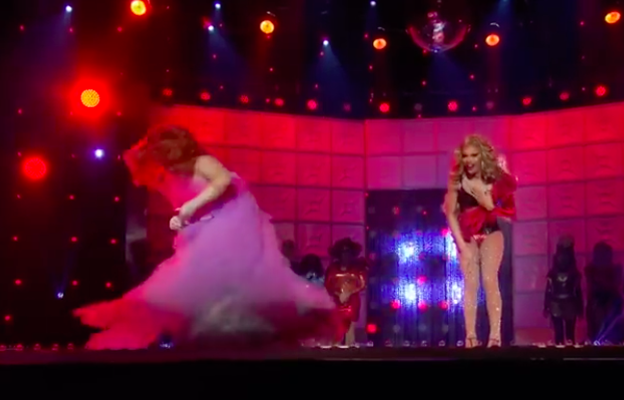 The bottom queens lip synced to Hannah Montana’s Best of Both Worlds. After an electric performance filled with Kahanna’s backflips, and not much from Soju, Soju became the first queen eliminated from the competition this season. Not unsurprising considering that dress (sorry, but you know it’s true), but it’s still sad to see a queen go home so early in the competition. So long Soju, we hardly knew ya.

Frontrunners of the episode: Vanjie, and Brooke Lynn Hytes, (this is totally unbiased).

Moment from the episode I wish I could forget: Ross Matthews making that many puns about cysts. Gross.

What we’ll see next week: An acting challenge, an SNL guest judge, and getting to know more of this super charismatic cast.