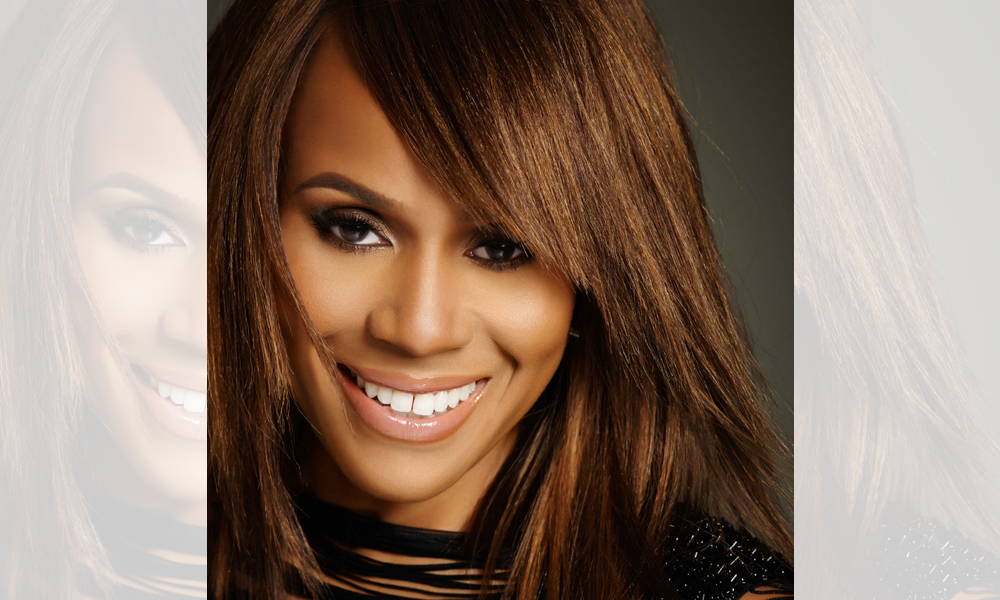 The enduring charm of the Canadian chanteuse…

Deborah Cox has had a storied career spanning three decades: roles on Broadway in Aida, Jekyll and Hyde, and The Bodyguard; 13 number-one hits on Billboard’s Dance Club Songs; and eight Juno nominations with four wins. She’s got crossover success, sure, but in the LGBTQ community, Cox is revered in much the same way as the big one-named icons – Judy, Bette, Liza, Barbara, Cher…Deborah.

To find out her secret to longevity, we chatted with the iconic Canadian singer about RuPaul, drag queens and Whitney Houston.

Cox has had a number of hits, but possibly the biggest (at least, her first number-one song) was 1998’s “Nobody’s Supposed to Be Here,” written for Patti LaBelle by Anthony “Shep” Crawford and Montell Jordan (yes, that Montell Jordan – of “This Is How We Do It” fame). LaBelle turned it down, so it was shopped around to other divas. Crawford and Jordan wanted Aretha Franklin, Whitney Houston or Faith Evans to sing it, but Drew Dixon, a VP of A&R (arts and repertoire) at Arista Records was pushing for Cox. She ended up doing it – blowing everyone away with her vocals and making LaBelle lament her decision. Cox told Billboardmagazine: “I remember going to different performances that Patti LaBelle was doing. She would talk about this hit song that got away, and then she would sing the song!”

The song re-entered the LGBT zeitgeist when it appeared on an episode of RuPaul’s Drag Race. Some might argue the song never left, but younger listeners may not be aware of its impact. For example, Aquaria (Season 10’s winner) was born in 1996, a mere two years before the song premiered. For Drag Race contestants Aja, Farrah Moan and the Vixen are all children of the early ’90s. But for slightly older generations (cough – Chad Michaels – cough), when BeBe Zahara Benet and BenDeLaCreme lip synced for their legacy to the Hex Hector remix in All Stars 3, it was an iconic moment. The episode ended in a Drag Race first, when DeLa, who had won the chance to send another queen home, self-eliminated instead. Tom Campbell, an executive producer with the show, told Billboard they had been “trying to get this song cleared as a lip sync for your life since Season 1. No joke. The song is amazing.”

When the song made it to air, Cox didn’t see the episode live, but says she was getting texts constantly: “People kept hitting up my phone and I was like, ‘God, did somebody die? What’s going on?’” Benet told Billboard, “Once I was told I was going to be lip-syncing to it on All Stars, I was like, ‘I’m about to murder this song. I know every breath, every syllable.’ I was excited to do that on national television. I was humbled by the experience.” Mayhem Miller is also known to perform it in her act, to say nothing of the countless queens who haven’t made it to the Drag Racestage.

Drag Race wasn’t Cox’s first encounter with RuPaul, though. That came in 1998, when she appeared on the VH1 program The RuPaul Show (how does Ru continue to come up with such inventive show titles?). Cox, who had been performing a mix of dance and R&B that wasn’t as popular at the time, says the experience was transformative: “When he had me perform on the show and the time it was like ‘Wow.’ To have that validation from Ru and the community that it was okay to be myself was amazing for me.” She says that nod from Ru helped her realize she wanted to break down barriers with her art. “Music is music, I should be able to sing Broadway, I should be able to sing jazz, I should be able to sing whatever the hell I want to sing!” 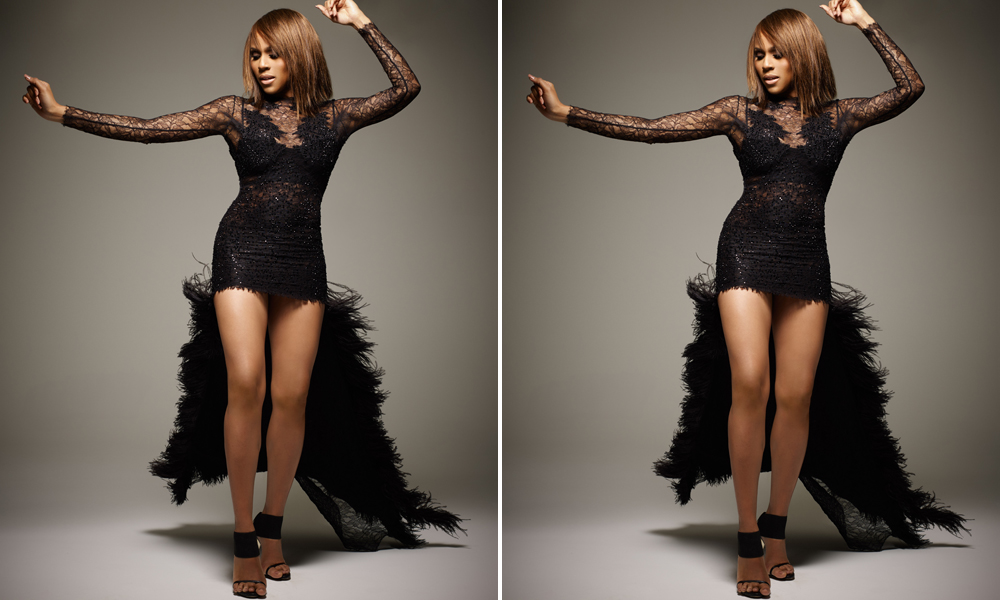 Cox has always surrounded herself with divas: first as a backup singer for Celine Dion in the early 1990s (when Cox was still in her teens) and later collaborating with Whitney Houston on a duet called “Same Script, Different Cast.” A favourite memory, from one of the many Prides she has performed at worldwide, was sharing the stage with Cher in New York. Says Cox: “It was an opportunity for me to let Cher know how much I appreciated her artistry and what she’s done over the years.” She was also an act in the Cyndi Lauper True Colors tour, alongside artists like Regina Spektor, the Indigo Girls, Sarah McLachlan and the B-52s. She and Melissa Etheredge were both headliners for Toronto World Pride 2014.

Cox has a particular closeness to Houston. In addition to their duet together, Cox provided vocals for the Lifetime movie Whitney (directed by Angela Bassett), and performed the role Houston originated, Rachel Marron, in the North American tour of The Bodyguard musical. Cox says, “It really hit me during The Bodyguard tour, when there were parents who had their kids at the show and I had both audiences: people that loved Whitney and people that loved my music. After the show, I had people telling me that my music was their soundtrack, and Whitney was my soundtrack, so it felt like in a way that was a full circle moment.”

Of course, Cox has also performed with some even more fabulous divas: the drag queens. “Sydney Mardi Gras was a good one, the kind of performance I always want to do. Every time people talk about that one, they talk about the 20 different drag queens in different costumes. The song of the time was ‘Absolutely Not,’ so it really was a moment. It was pretty epic, yeah.”

It’s not a strange sight to see Cox belting out hits at some Pride somewhere in the world, but in the early 1990s, she was doing it in bars and clubs. “You’d go to these parties at 4 a.m. and perform, and I would be singing live and people would be freaking out, because you just didn’t have artists who were willing to connect with that audience.” Cox performed at New York City bars like Roxy, Tunnel and Palladium, all ’90s mega clubs that helped spawn the ‘club kid’ movement that led to the rise of stars like RuPaul, Amanda Lepore, Richie Rich and James St. James. (Incidentally, Peter Gatien, the impresario in charge of Tunnel and Palladium, later opened Circa in downtown Toronto in 2007 – it’s now a Marshall’s.)

Record labels weren’t necessarily fans of Cox performing at these clubs – whose attendance was often primarily gay men – but, she says, “I was fearless. I’ve always been fearless and didn’t understand what the big deal was. It’s a party, people want to dance. The labels didn’t understand it but all the remixes connected with the audience.” As for why her brand of soul-meets-R&B-meets-dance resonated so much with the crowd, she says she told the label: “Gays don’t just dance to dance music, you know.”

Cox, who was born in Toronto but now lives in Miami near Parkland (site of the shooting at Marjory Stoneman Douglas High School), says she is finding herself “more entrenched in politics nowadays.” She does a lot of charity work, “depending on what the need is” – but one cause she feels strongly about is “gun reform and background checks.” She participated in a benefit concert for the Parkland shooting victims, along with Glee’s Matthew Morrison and Crazy Ex Girlfriend’s Rachel Bloom, and she gave a free concert the weekend after the Pulse shootings. 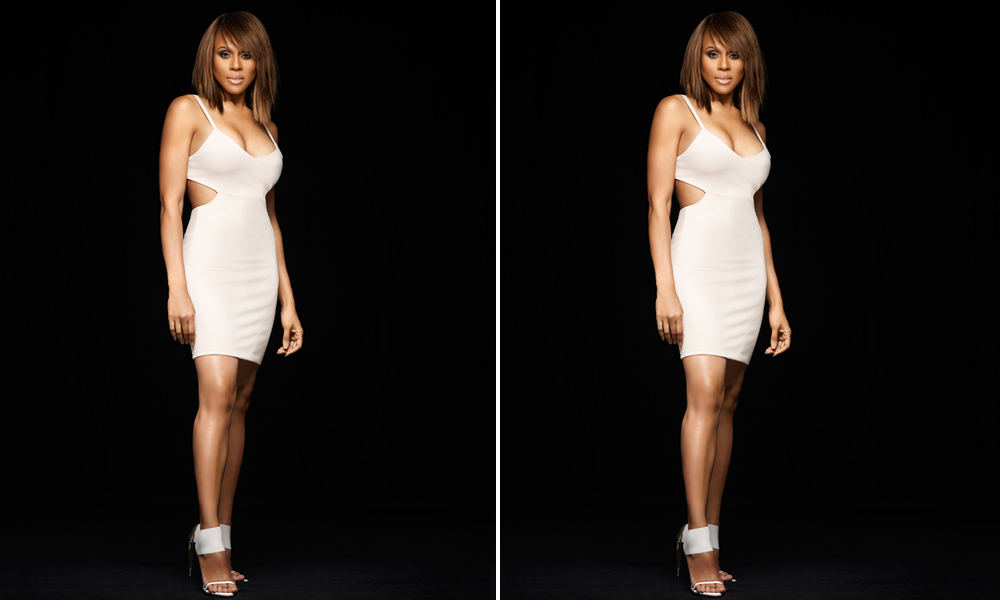 This spring, Cox will be given a Luminary Award from the University of West Indies at a gala in Toronto, sharing the honour with Archbishop Emeritus Desmond Tutu and US Ambassador Susan Rice. “It’s a pretty heavy set of honourees,” she laughs. “To be recognized and honoured with this award, it means a lot.” She says that, in particular, “the West Indian community has been so supportive. When we see one of our own – just like Canadians – we root for that person.”

Though the star has lived stateside for the past 20-plus years, she still has an affinity for Canada. She says she helped with the push to get World Pride to Toronto in 2014. “When we finally got it to Toronto, it was really thrilling because I feel like Canadians – and our country – are so progressive, because we understand civil rights and human rights. It’s always wonderful to be involved with the Canadian efforts, because we see beyond politics and colour lines. A great place to live and a great place to grow up, especially as I have my own children now and I see the differences, the way certain policies have been done. It makes me proud to be Canadian.”

Another reason Cox is proud to be Canadian? The food. Whenever she and her family make it back to Toronto (her husband, also from Toronto, is her high school sweetheart; they have three children), she makes sure they get a taste of the West Indian food she loves. “There are places in Scarborough, downtown – I love that there’s great food everywhere you go! I never worry about eating when I get back. We go and raid those spots where right off the bat we know we’re going to get some good food.”

As Cox ages, she says she now has more confidence than ever. Though she sported some iconic looks in her music videos – like a Rachel haircut in 1995’s “Who Do U Love” (directed by Brett Ratner), bold blunt bangs in 1999’s “We Can’t Be Friends,” and a sexy sheer dress in “Nobody’s Supposed to Be Here,” – she says she probably doesn’t want those looks to come back. “I feel like I look a lot better now. I have a better sense of self. Then, I was sort of in transition.”

And there’s nothing the LGBTQ community loves more than a confident diva who can belt out a tune.