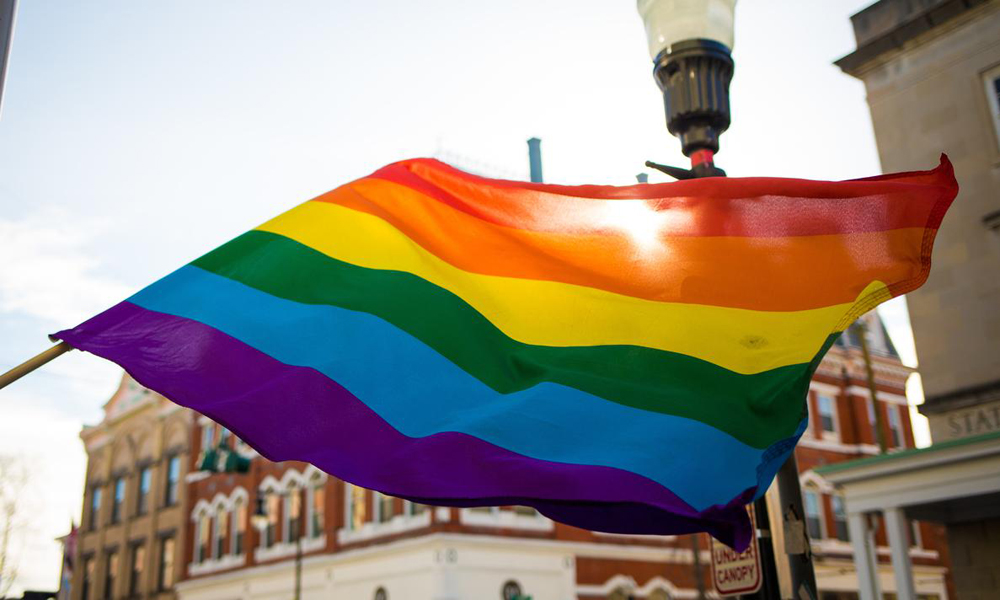 Wherever in the world you’re headed, travel safely by checking out how big the welcome mat is first…

Everybody loves the gays these days. Don’t they?

Now that Canadians have enjoyed almost 15 years of same-sex marriage and proper laws to protect homo human rights, it’s easy to think the world is your oyster when it comes to travelling abroad, out and proud. But we forget that homosexuality is still illegal in about one-third of the world.

This fact was brought home in a recent story posted at misterbandb.com, a global holiday home rental service that connects the gay community. It reported that hate crimes in the United States rose by 17%, according to the Federal Bureau of Investigation’s annual Hate Crime Statistics report from 2017, with sexual orientation making up more than 15% of the incidents reported. This stat mirrors a shift in the travel landscape in the Trump era for the LGBTQ community as well, with emboldened and homophobic governments oppressing homosexuals in places like Egypt, Tanzania, Russia, Malaysia, Brazil and elsewhere. It may actually be less safe for LGBTQ people in certain areas today than it was just a few years ago.

The reality is that however comfortable things are at home, caution is required when you’re heading to the airport.

Before I start researching a particular destination for a possible visit, I always Google: “LGBTQ rights in fill-in-the-blank.” This turns up a chart outlining that country’s stance on same-sex sex, age of consent, anti-discrimination laws, same-sex marriage, adoption, etc. I generally take an “educate rather than boycott” angle, unless my personal safety is an issue. Rather than snub a destination for its crap laws—or its refusal to scrap outdated laws merely to appease the church—my stance is “I’m here, I’m queer,” thereby, hopefully, indirectly or otherwise, doing what I can to increase awareness for the local LGBTQ people who often suffer in silence.

“Isolation doesn’t help the resident LGBTQ communities. Fostering change requires keeping lines of communication open,” says Nacho Lopez from mrhudsonexplores.com, a Madrid-based travel guide for gay men. “It depends on how comfortable a traveller is visiting places that are less than welcoming, but we’re not in favour of boycotting destinations,” he says. “We encourage gay travellers to do their homework and be aware of the laws and cultural differences that can impact their trip. The decision to go to a country with a reputation for homophobia is very personal, so the key is to be informed.”

The Caribbean Conundrum
A bit closer to home, Caribbean countries differ considerably with regard to LGBTQ-friendliness. Michael Pihach, a travel industry reporter and IN Magazine contributor, recently asked Jamaica’s Director of Tourism at a travel conference in Jamaica about their views on LGBTQ rights and safety. He told the director that some Canadians may avoid Jamaica due to its reputation for violence against LGBTQ people. The response he got was fairly pat, but the exchange made the news, at least generating some awareness locally.

“As a sun and beach destination, Jamaica has a lot to offer. The people are extremely uplifting and the food is fantastic,” says Pihach. “However, the country has inherited these colonial, grandfather laws that, unfortunately, have a negative impact on social attitudes toward LGBTQ people. It’s a complicated, deeply rooted issue involving law, religion and toxic masculinity.”

The point of view at Jamaica tourism is that bad things can happen anywhere in the world, Pihach says, noting that violent acts toward LGBTQ people have been well-documented in the country.

“They feel as if they’ve been ‘dragged through the mud’ as far as their global reputation is concerned, but it’s hard to be sympathetic to that notion when the government turns a blind eye and, instead, insists that LGBTQ people are welcome. At an all-inclusive resort, that may be true. But on the streets, no way.”

About 10 former British West Indies countries haven’t made any progress with overturning the age-old laws that prohibit gay sex, including Antigua & Barbuda, Barbados, Dominica, Grenada, Jamaica, St. Lucia, St. Kitts and Nevis, and St. Vincent and the Grenadines. They should take Trinidad and Tobago’s lead, which abolished these laws in 2018. One step at a time, I guess.

But my personal experiences with many of these islands has been nothing but positive. I was one of 2,000 gay people walking off an Atlantis cruise not that long ago on the pier in Barbados, and the cab drivers actually shouted: “We love you guys!” and “Welcome!” My partner and I were in Grenada in late 2018, where people were extremely welcoming, though a few didn’t realize we were a couple, which I found odd. It often seems that many Caribbean governments, still in the pocket of the church, are miles behind the actual populace in terms of accepting LGBTQ residents and tourists.

Places like St. Martin/St. Maarten, St. Barts, Puerto Rico and even Cuba don’t seem to bat an eyelash and may even help you glue them on. The Dominican Republic holds a Caribbean Pride now, though the party doesn’t seem to make it outside of one resort. Curaçao has the most businesses in the Caribbean with memberships in the International Gay & Lesbian Travel Association. The fact that many people here go to university in Holland helps open their eyes a bit wider to the world, generating a perspective they bring home when they return. The constant flow of Dutch tourists also helps. 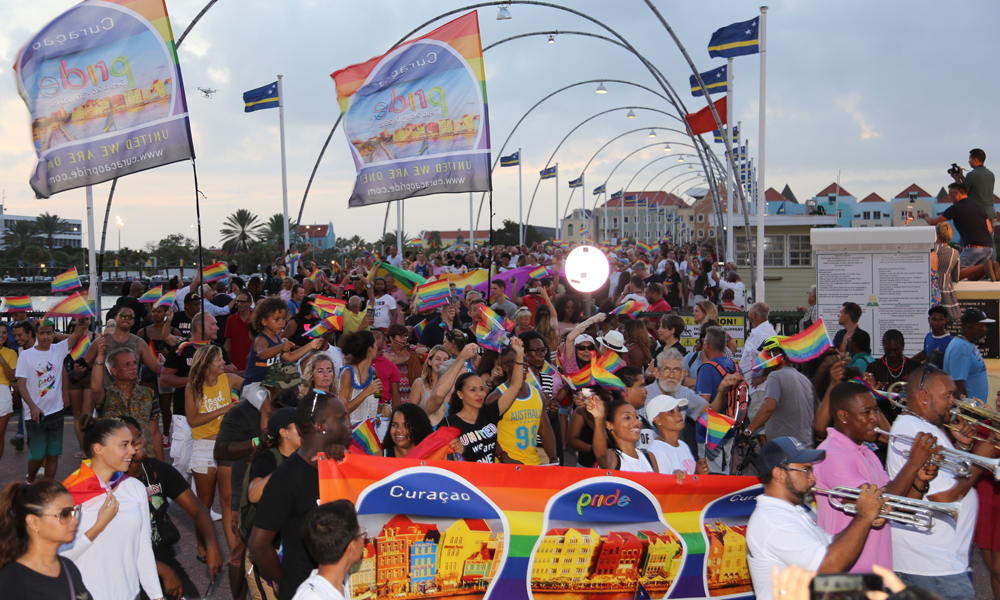 “All nations have their own challenges with the acceptance of LGBTQ. I believe that Curaçao has shown the Caribbean nations how it all can come together in a respectful way,” says Jurandy Regina from Floris Suite Hotel & Spa. “Curaçao celebrates pride and diversity all over the island without any fear, suppression or altercations.” The adults-only Floris has become a gay-friendly hub, hosting a weekly Friday happy hour where guests mix with locals. Curaçao Pride at the end of September comprises five days of activities, with local and international entertainment, a Pride Walk, a beach party and a white party. “For the past seven years, Curaçao Pride has been very instrumental in bringing the community together,” Regina says.

So Where To?
Now, where are you headed? Do you like to hold hands in public or are you just dancing in the living room? There will always be no-brainers like Mykonos, Sitges, Tel Aviv, Palm Springs, Provincetown and West Hollywood et al, but it’s a big world out there and you have to see it at some point. The most important thing is to stay safe.

“Make sure you’re informed before you head off and take extra care on what parts of town might be safer than others,” Lopez says. “Always book a reputable hotel in a safe area. And if there is a negative POV against LGBTQ travellers, take extra care with public displays of affection.”

Here are a few more tips to consider before you hit the road:

Make a List
Find a good travel guide that outlines the LGBTQ side of the destination you’re visiting. Check out IN‘s travel section, which is filled with articles and guides and then check out sites like damron.com, travelgay.com and spartacus.gayguide.travel, as well as any local gay websites or weekly independent news outlets.

Consult the Hive
Hit up fun blogs like nomadicboys.com and theglobetrotterguys.com to see where they’re been recently and what they did. They often go places where laws are very conservative.

Follow the Crowd
Gay-owned businesses are great resources, because they have the inside intel and are happy to share it. Visit iglta.org for more info.

Do Your Homework
If you identify your gender as X on your passport, check with the embassy or consulate of the countries you’re visiting for info on entry requirements.

Be Ready for Anything
Sad to say, you may be refused or have restricted access to services and rights while travelling abroad. Be aware that even the police may not be willing to help LGBTQ people, regardless of the laws.

Watch for Traps
Go with your gut when encountering people who seem too friendly. Be aware that criminals sometimes target LGBTQ people via dating apps and that police may also create fake profiles to entrap users.

Keep Your Eyes Open
Always be both alert and discreet. In extremely conservative places, steer clear of public display of affection just to be on the safe side. 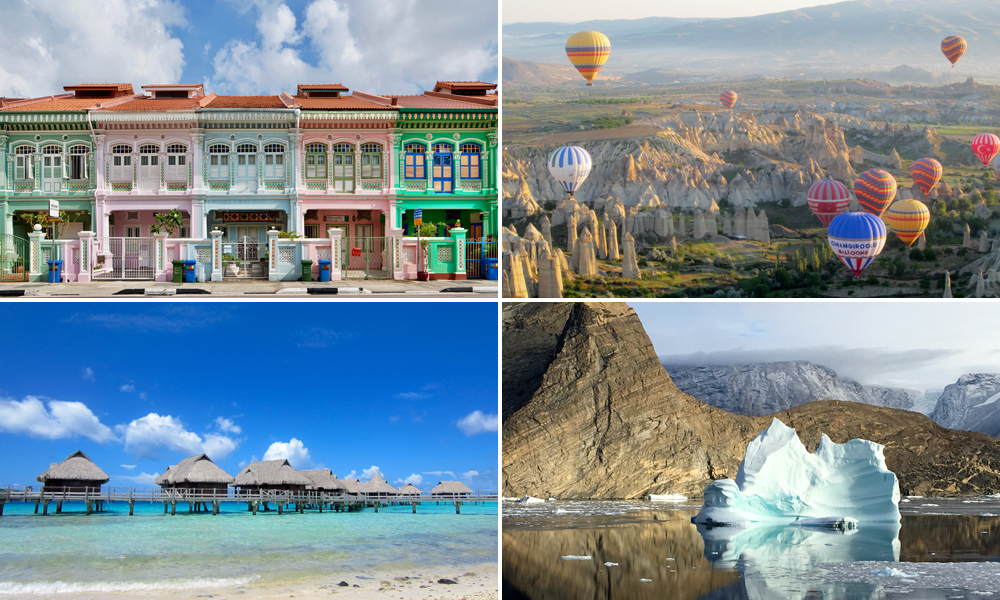