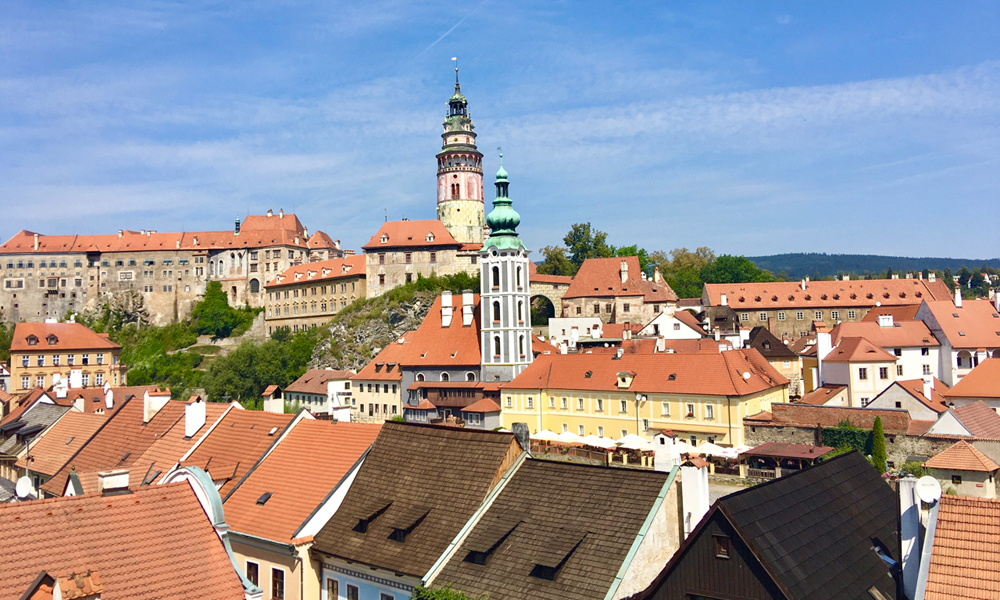 With Strauss’s famous “Blue Danube” earworm planted firmly in my head, I closed my eyes for a second and said a small prayer to the rain gods regarding my week-long meander down this beautiful river. But guess what? The Danube is actually kind of a greeny-brown. Maybe it was blue back in the 1860s when the song first hit the charts, I don’t know.

Climbing aboard the Jasper, one of Scenic Cruises’ state-of-the-art “spaceships,” big smile on my face, I took in the shining staff, all the marble and chrome, and the crowd. Just who were these people? They were clearly excited, and a little shy – except for one suave guy, Monte, who started making friends immediately, pumping hands with a smile. He made so many friends the first day, he could relax for the rest of the week with a few “I knew I’d find you at the bar, David” and “Staying in the shade today, Deborah?” Everyone loved him. That’s a good plan, I thought. Note to self: Connect early, then coast.

With the social juices flowing along with the sparkling wine, we set off from Budapest and settled in. One of the best things about cruising is that you only have to unpack once. On this particular August sailing (which travels in reverse the subsequent week), we headed for Vienna, then to Dürnstein, Melk and Linz in Austria; then on to Passau, Regensburg and eventually Nuremburg in Germany. I also managed an afternoon in Bratislava, the capital city of Slovakia, and the medieval town of Cesky Krumlov, Czechia, by opting into these day tours – for free (they weren’t kidding about the all-inclusive part).

The variety of extracurricular activities is one of the changes the cruise industry has been floating through in recent years, as it aims to offer something for everyone – no small feat. And it was only a matter of time before somebody like Scenic turned river cruising from codgery to cool. What was once the realm of retirees is now a multi-age, often multigenerational, holiday. And the cruises offer a wider variety of things to do than in the past, as guests skew younger and itineraries get more active. Case in point: One morning we hopped onto e-bikes for a three-hour guided cycling trip along the riverside path from Dürnstein to Melk, more or less racing the ship. So many people signed up for this that extra bikes had to be trucked in to accommodate them all. We didn’t have enough on board.

River cruise ships also seem to be injecting more luxury into their on- and off-board environments, which was definitely fine by me. New ships feature fewer cabins so as to have space to make the remaining ones larger – more light, bigger cabins, nicer bathrooms, king-size beds. They’re also offering longer stays in port, so you have time to get a better feel for the different cities on your own, even after dinner if you like. On the Scenic’s Jasper, there was an actual pool scene, even though the pool only holds about a dozen people. The rest of us just pulled up chairs for moral support, leaning into the conversation. This was also where the server hovered, doling out Aperol Spritzers. We drank so many that a new case of Aperol needed to be procured halfway through the week. 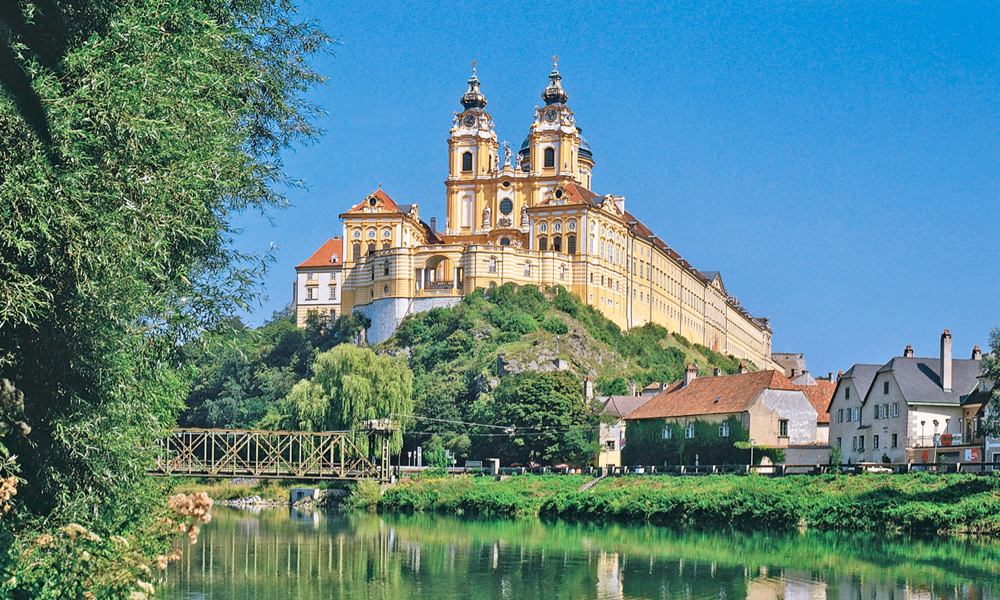 Thankfully, all the exercise I got during the day walked off the indulgences of the night before. While moored at the small medieval town of Dürnstein, I glommed onto the hiking plans of fit fellow passengers who were heading up the hillside to the ruins of Dürnstein Castle before the people in the wee town had even woken up. This was where Richard the Lionheart (King Richard I of England) was supposedly imprisoned in 1192 during the Crusades, so we were able to work in both exercise and a history lesson. The view was insane, a little moment in time that so many travel brochures promise but few deliver.

My week was rich with these kinds of encounters, things I wouldn’t normally have orchestrated, but which proved unique for historical, geographical, cultural or culinary reasons – learning experiences I wasn’t expecting. Wandering around Heroes’ Square in Budapest, ringed with its major statues and columns – and buildings, including the Museum of Fine Arts – yielded hair-raising stories about Hungarian politics going back 1,000 years. A piano concert by one of the country’s top Franz Liszt scholars was an hour of pure heaven. An evening of Strauss and Mozart at the opulent Palais Liechtenstein in Vienna was totally enchanting and, yes, I will say all that with a lisp. Vienna is just so beautiful that you don’t really have to do anything there other than just gawk at the art and architecture, breathtaking at every turn, in every square. And there are a lot of squares. I found this out the hard way one night while screaming through the city’s multiple gay bars. You’d think Uber drivers would be used to tourists going to the riverside docks by now, but no. 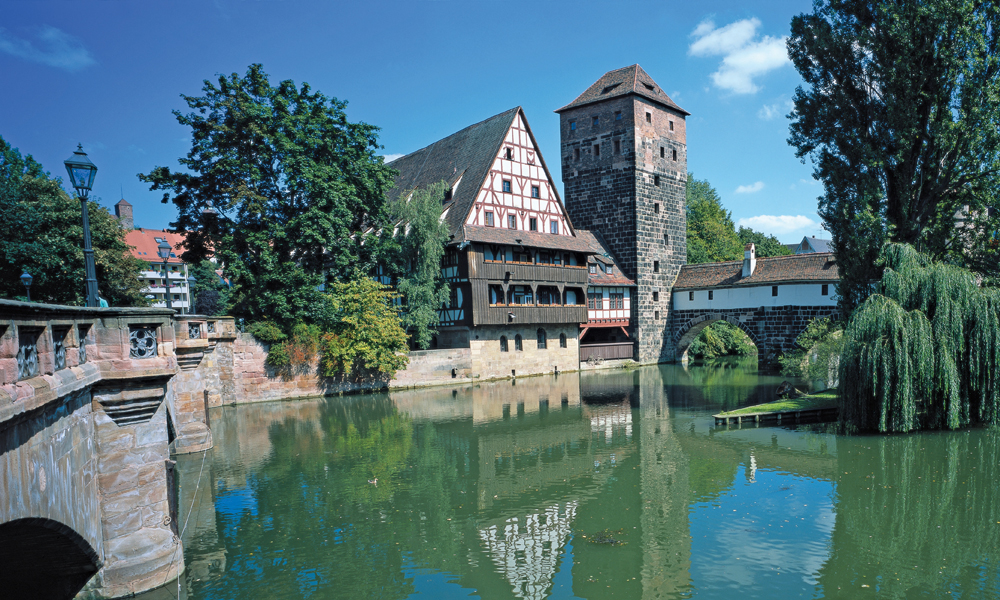 A morning spent in the medieval Czech Republic town of Cesky Krumlov was both fun and delicious. While many of the ship’s passengers were on a bus to Salzburg to sing Sound of Music songs all day, I was wandering the 600-year-old streets thick with Gothic, Renaissance and Baroque style buildings, stunned by the preservation. The castle there dates back to 1240 and its now-dry moat is home to a brown bear. Apparently, this is not a new thing: there have been bears in the moat for hundreds of years. Later, I count eight bear rugs while touring the castle interior, some still called by their names. On my way out, I spied the bear-keeper’s truck parked just outside the entrance. That’s a neat job, I thought. Nuts and berries? Yuck. On the ride home, I was busy digesting my new favourite comfort-foodstuff: the boiled Czech dumpling that soaked up all the gravy from my pork lunch. The tour guide put on some classical Czech music, and we sank into our seats and watched the countryside roll by.

On our last night on the Jasper, I watched Monte making the rounds, collecting email addresses and posing for pictures, everybody arm in arm. I commended him on knowing the entire guest list and I vow to make that my own modus operandi from now on (not that I’m a wallflower by any means). I also vow to return to sail the Danube again, for sure – but in the meantime, I have dumplings to make.

When you go
If you’re starting in Budapest, go a bit early and book in at the Aria Hotel in the centre of town. Its cool rooftop bar and deluxe spa will compete with the time you’ve earmarked for touring the city. Air Canada flights to Budapest from Toronto are about $1,000 return. Pack for walking, dinner with the ship’s captain, cocktail parties, dry summer heat, air conditioning, hiking, cycling and rain. Scenic ships have an excellent and affordable laundry service. Keep in mind that summers in Europe can get blisteringly hot.

If you’ve got your eye on a different river, Scenic also sails down the Douro in Spain and Portugal, the Rhine in Germany, the Rhone and Seine in France, the Volga in Russia, the Mekong in Cambodia and Vietnam, and the Irrawaddy in Myanmar. Visit scenic.ca for more detail. 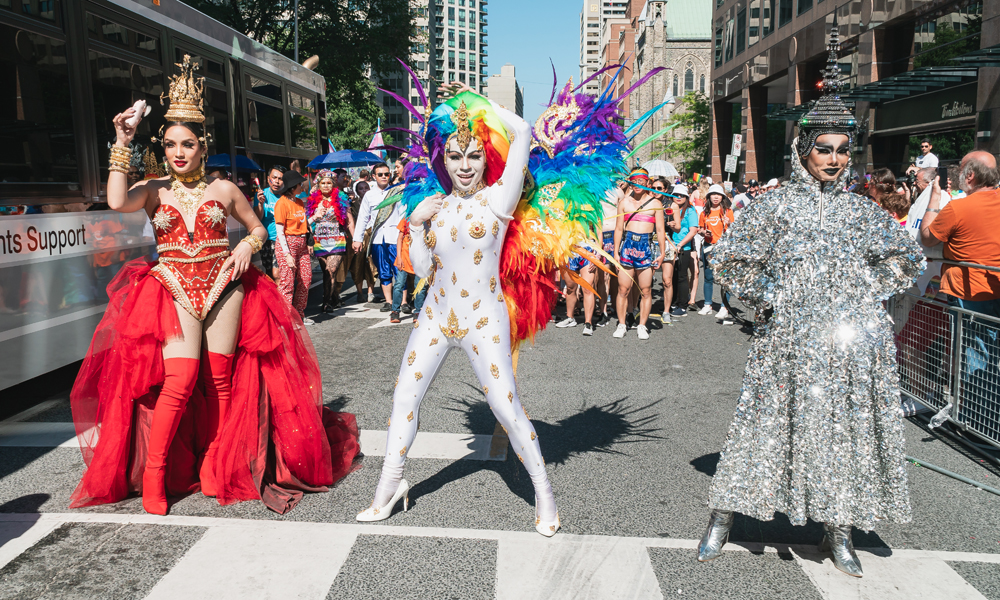 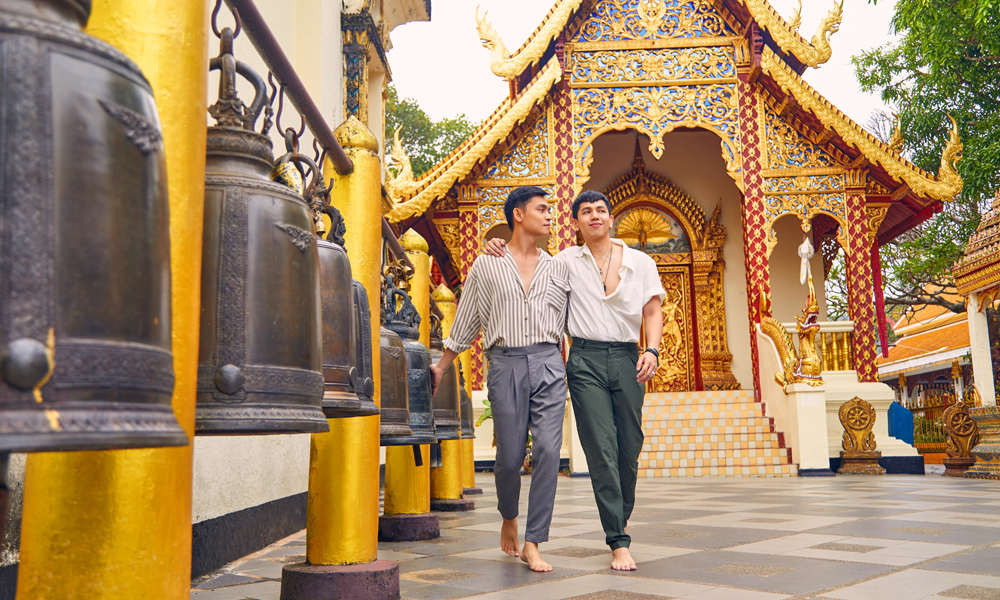