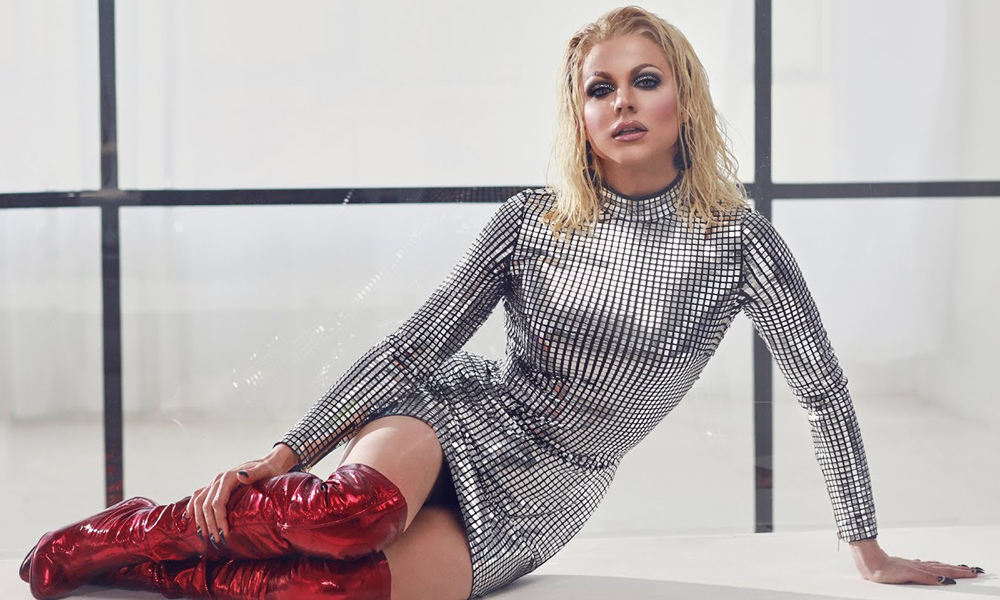 Courtney Act is making a bid to represent her native Australia in this year’s Eurovision song contest. The season six RuPaul’s Drag Race finalist and Celebrity Big Brother winner has released a racy music video for her dance-pop anthem, ‘Fight for Love’.

Courtney will be competing in Australia Decides with her song on February 9. If she’s chosen by viewers, she’ll go on to represent Australia in the 2019 Eurovision Song Contest.

“A sweet 16 years after Australian Idol, I have the chance to show Australia how I have grown as an artist and performer and I am so excited,” she said in a statement. “To compete to represent Oz in Eurovision is second only to being on that stage in Tel Aviv and singing my lungs out for my country. ‘Fight For Love’ is a dancefloor banger all about coming together and fighting for the things we believe in.”

“I think it’s so important to think about the basic human rights of others and to use our collective voices, minds and bodies to lift those people up and bring about change.”

You can watch the glam video for Courtney Act’s “Fight For Love” below: