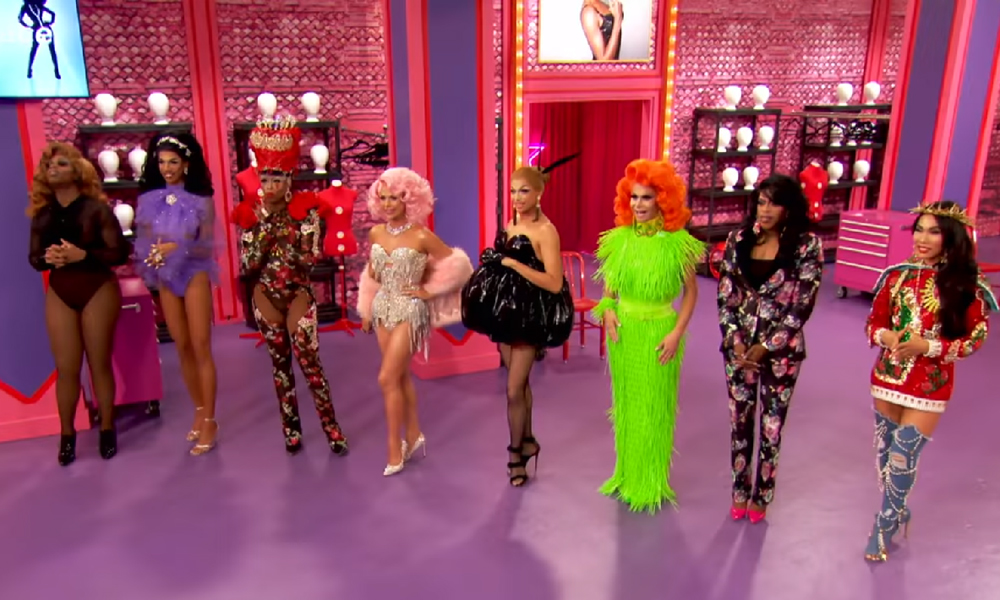 We didn’t think this day would come so soon, especially because traditionally there have been a few years between seasons of RuPaul’s Drag Race All Stars. But they’re back, back, back AGAIN for another round, and a coveted spot in the Drag Hall of Fame. The season opened with a comic book inspired narrative, and I’m still wondering if that was just some subliminal advertising for Super Drags (streaming now on Netflix). But there is no time to waste because there are 10 fierce queens who need to make their re-entrance into the werk room.

Monique Heart (Season 10), is the first to enter the werk room, and right away establishes herself as a strong competitor this season. Not only have her outfits gotten a major upgrade, but she is fully owning “brown cow stunning”, and her quick wit is going to be pretty fun to watch against some of the other queens. Trinity “the Tuck” Taylor (Season 9), is the second to enter, and she is serving body-ody-ody, obviously. Naomi Smalls (also Season 9), enters third, and chooses to give all the attention to her endless legs, and stunning outfit. Naomi is a fashion girl after all. Monét X Change (Season 10), enters fourth, in a simple albeit beautiful black bodysuit that has her Season 10 sis Monique kind of confused, and rightfully so. This is ALL STARS baby, you need to bring it right out of the gates. Don’t worry though, in case you missed the sponges she included in her lewks in the last season, she’s brought them all back for All Stars in full force. Gia Gunn (Season 6) enters next, and establishes herself as a fierce trans woman entering the competition, and we’re here for all of it. Gia is sickening, and she has the skills to go all the way, but her tendency to stir up drama starts early on in the episode, and it doesn’t look like it’s stopping anytime soon. Next, queen of highlight, and whining Farrah Moan (Season 9), enters the werk room, and she looks absolutely stunning in her signature colour of millennial pink. Jasmine Masters (Season 7) enters next, and is quickly named the meme queen that gained popularity online, despite getting kicked off her season pretty early on. Last to enter is the queen we’ve all been waiting for. She’s perfect, she’s beautiful, she looks like Linda Evangelista, and we’re kind of surprised she wasn’t on AS3… Valentina has arrived to make up for her lip sync “failure” of season nine, and gag us all in the process.

As the eight all stars kiki’d they couldn’t believe that there was such a small number of them competing for the All Stars crown. And just on queue, Mama Ru’s She Mail breaks up the party. Ru enters the room in a stunning pattern suit (I don’t know why you’re all gagging, she brings you a custom suit every episode), and welcomes the queens to the competition. After announcing that there would eventually be some twists and turns, she welcomes Drag Racelegends, and past All Stars competitors Team Latrilla back to the competition. Latrice Royale, and Manila Luzon competed as a team during the first season of All Stars, and Ru announced they would be joining the competition this season to compete as individuals. 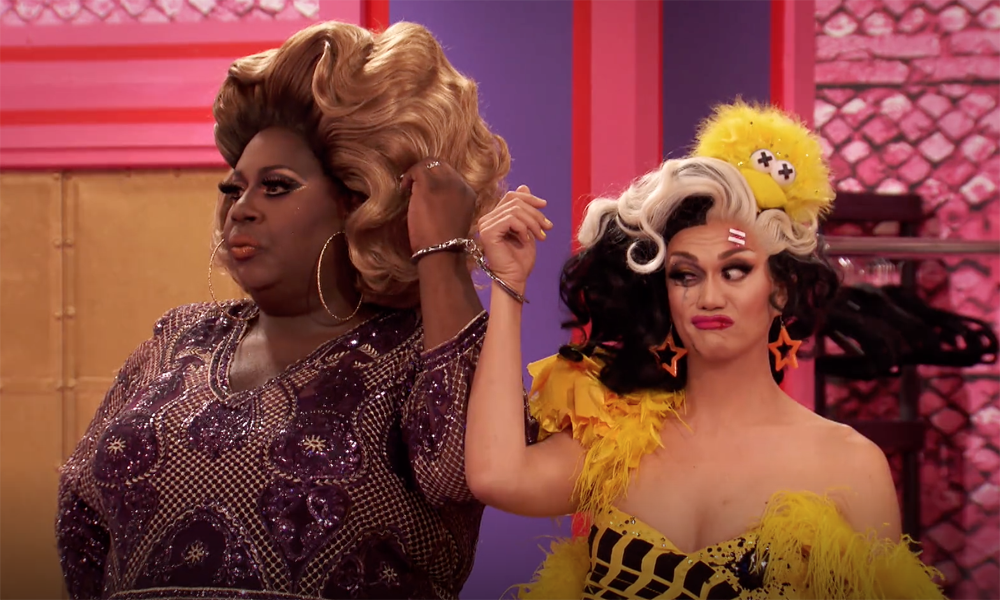 Right away, Ru announces that the library is open for the first mini challenge. The thing with All Stars is that everybody is a fierce competitor, so when somebody messes up, it’s very clear. That’s why the judging is harsher, and the competition is harder. These queens are sharp, and they came to win. All of them read the others to absolute filth, with the exception of poor Farrah, who appears to have not learned much from her botched roast from season nine. Latrice Royale wins the mini challenge, and any remaining doubt of her being a strong competitor is out the door. Ru announces that this week’s maxi challenge is a Star Spangled Variety Show for an audience full of LGBTQ veterans.

During the variety show prep, Gia was starting to stir the pot with some of the other queens, explaining why she thinks some queens are more talented, and deserving to be there than others. While the other queens were talking about feeling the All Stars pressure already, Jasmine Masters decided for her stand-up routine, that she would go off-the-cuff, despite being advised to at least make an outline from the other queens.

It’s time for the Variety Show, and first up is Monique Heart singing an original song (Brown Cow Stunning!). Though Monique was one of many who chose to do an original song, hers definitely stood out from the others. Top performances of the night go to Manila’s upside down painting and outfit reveal, Trinity Taylor’s tucking tutorial, and Naomi’s fierce but weird posing routine. Honourable mention goes to Latrice Royale who absolutely worked those flags. Unfortunately Drag Race is a game of top and bottoms, and there were a few bottoms on that stage. Monét was the strongest of the bottoms, but her sponge bodysuit wasn’t doing her any favours, and Michelle read her for it later on the main stage. Farrah’s burlesque routine could have been a top if she didn’t slip and fall on one of her discarded clothing items, and Jasmine Masters comedy fell flat when she decided not to tell any jokes. Ultimately, Farrah and Jasmine were chosen as the bottom two with Monique and Trinity lip-syncing to send somebody home.

Backstage, Trinity and Monique took turns talking to Farrah and Jasmine on why they thought they deserved to stay. Even though both Trinity and Monique explained they weren’t here for Farrah’s tears, they admired her fight to stay in the competition, meanwhile Jasmine refused to believe that her performance was anything less than SNL worthy, she also gave the impression she didn’t really care to compete. With that, Trinity and Monique lip synced to Mariah Carey’s Emotions, and after a pretty spectacular performance, which included Monique’s wig getting caught on the ceiling, Trinity was named the winner, and sent Jasmine Masters home, making her the first queen eliminated off All Stars 4. I was honestly disappointed in Jasmine, and I think we all would have expected more of a fight from her to stay in the competition. But this is All Stars, and you’re competing with the best of the best, and when you don’t want to fight as hard as the others it shows. I say good riddance, and onto bigger and better challenges.

Front runner of episode 1: Monique Heart absolutely stole the entire episode. After not getting much attention last season, I am completely obsessed with her, and can’t wait to see what she does this time around.

Takeaway from episode 1: It looks like Gia Gunn is being set up to be the “villain” this season, stirring the pot of an otherwise tame group.

What we’ll see next week: A singing challenge, and we’re still unsure if Valentina will crush it or crumble. Farrah continues to whine, and maybe confronts Gia about her instigation of drama.