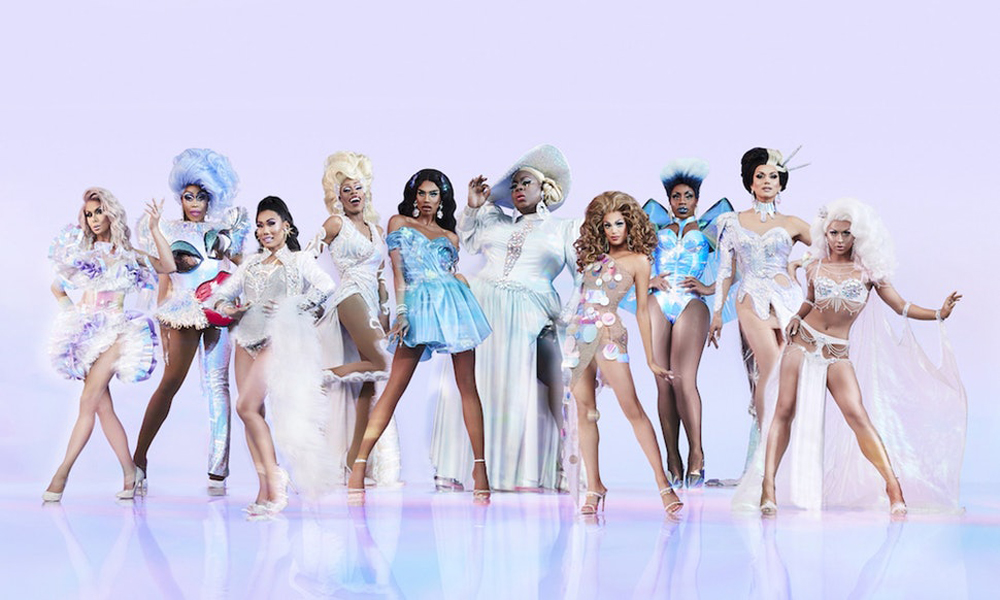 We are getting closer and closer to a new season of RuPaul’s Drag Race: All Stars and the cast announcement left us reeling with the possibilities of challenges, and the tea that would come with the new episodes. This is the fourth time we see legendary queens come back to compete for the ultimate crown. The stakes are high, and the bar is set even higher. Past seasons have followed the same formula, which gives the queens the power to eliminate each other, instead of Ru deciding who will be sashaying away. Will somebody self-eliminate? Will Valentia learn the words? I for one, cannot wait to see what kind of drama transpires on the runway, but until then, here are eight things that will probably happen on of All Stars 4.

1. Alliances will form based on past seasons
This year’s cast features three queens from season 9 (Valentina, Farrah, and Trinity), two queens from season 10 (Monique, and Monét) and two more queens that competed already on All Stars 1 (Latrice, and Manila). In past seasons we’ve seen alliances formed within the first episode (Rol-Aska-Tox), it’s likely we’ll see at least one pair, or trio form an alliance in this version of the competition.

2. Drama from a past season will be brought up
Who could forget the drama that went down during the season nine-reunion episode between Farrah and Valentina? (“You don’t LOVE me”). These two have either reconciled, or they’re going to play up their ongoing feud for the cameras. Either way, this season won’t be lacking in big personalities and drama, and we get to soak it all in.

3. The queens will fight over how they will eliminate each other
All Stars 2 saw the queens make a solid decision on how they would decide on who went home. Everybody agreed, and they stuck with that same plan all season. All Stars 3 tried a similar approach, but some of the queens didn’t agree with the method, thus creating friction within the group. This is something that could happen again if the format of the eliminations remains the same.

4. Valentina’s original elimination will be a running joke
Valentina’s fateful lip sync in season nine where she refused to show her mouth was one of the most cringe worthy moments in Drag Race herstory. Now that Valentina is back to get her crown, I’m sure she’ll be read for it a few times, maybe even poke fun at it herself. Cringe worthy, or not, that moment became an iconic scene for the show, so it’s likely to be mentioned at least once.

5. Some queens will question why Latrice and Manila are there
Fans, and the queens were both confused when season one winner Bebe Zahara Bonet was announced as a competitor on All Stars 3. Though both Latrice Royale, and Manila Luzon have already had a shot at an All Stars crown, they are drag legends that absolutely deserve to be ton this season. There’s no doubt that there will be at least one queen questioning their presence this season. It will most likely be in a confessional interview, because let’s face it… who is going to tell Latrice Royale she doesn’t deserve to be there to her face?

6. The runway will be fierce
With fashion queens Naomi Smalls, Valentina, and body queens like Trinity, and Farrah, the queens this season are not going to hold back on the runway. Queens step it up, and bring their A-game to the All Stars. It’s a time that we get to see how much stronger the queens have gotten with their wardrobe and makeup. Everything is on an amplified level, and it’s always a treat to watch.

7. Jasmine Masters will be Fan Favourite
Jasmine Masters placed low during her season, but her star has continued to rise since her time on Drag Race. Jasmine has become a social media, and meme icon with her Instagram videos, with even Justin Bieber reposting a video rant of hers. Jasmine Masters is coming back to All Stars with a fan following. Her quick wit, and comedy is sure to gain more attention and screen time this time around.

8. There will be some sort of shocking twist close to the end of the season
During All Stars 3, Ru shocked the final four queens when she announced one of them would be going home, and be replaced by one of the queens that previously been eliminated. Benedelacreme’s self-elimination remains one of the most shocking twists in All Stars herstory. After the uproar over last season’s surprise twists, and turns this season will most likely feature another shocking twist, or elimination that will have the fans in uproar.