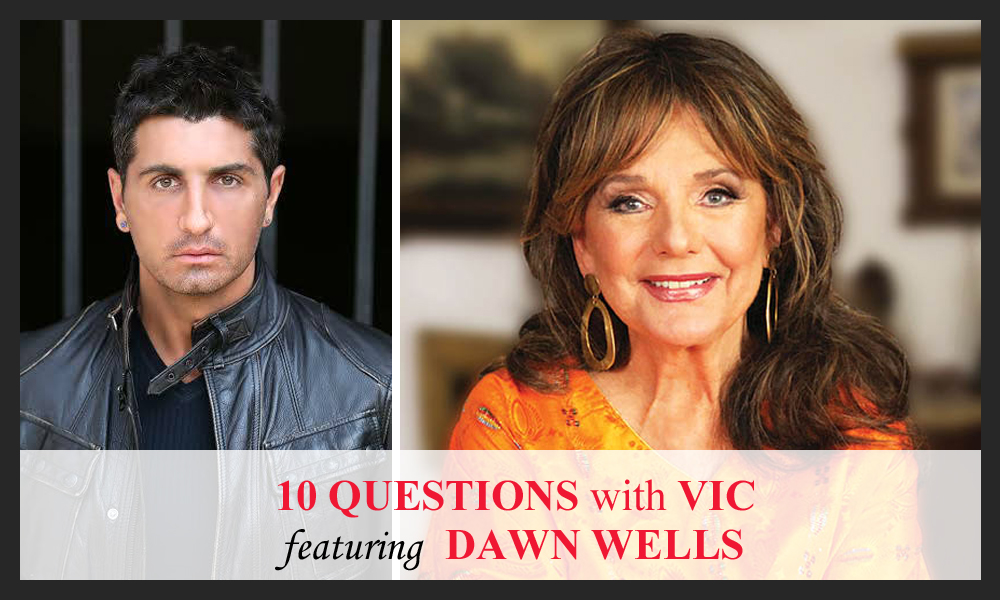 Dawn Wells garnered widespread fame for playing Mary Ann Summers in the longest-running sitcom of all time, Gilligan’s Island. Over the last five decades, she has also been a producer, author and a champion for many causes and charities. But despite her many achievements and recognition for her talent, intellect and generosity, she has a sense of humor about being a sex symbol. She is being featured at the 1st Annual Palm Springs International Comedy Festival and took time to discuss her celebrated career.

Your illustrious career has included acting in television, film and theater, as well as authoring self-help and a cooking book. Also, you have had a one-woman show at MGM, produced many projects and spearheaded several humanitarian causes and charities. What do you enjoy doing most at this point in your career?
Whatever the next project happens to be. I always look to the future – that is where my enthusiasm goes. It is lovely to enjoy the past, but my energy goes into the next thing.

After all these years, how do you reflect on your iconic role playing Mary Ann Summers on Gilligan’s Island?
How can I not be enormously grateful to have done work that so many people have loved for five decades? No one could have known that this sitcom would survive into the 21st century and still have such an enormous fan base. I loved playing Mary Ann, and I wish there were more women like her in the world. She was honest, resourceful, hard-working, level-headed, supportive and generous.

Do you ever resent being exclusively associated with Mary Ann and not the numerous other characters you have played in film and television?
But you see, I have done all of these other roles – hundreds of them. I have played tragedy, high-drama, slapstick, situational comedy – playing Mary Ann opened the door for me to play just about every kind of character that writers create for women. How can I resent the opportunity that playing Mary Ann brought me?

In 2005, you were one of TV Guide’s “50 Sexiest Stars of All Time” list. Do you enjoy your sex symbol status in addition to accolades you receive for your work?
I don’t know how any person, no matter what they look like, could answer that question with a straight face. I am glad people feel I am sexy. I was given good genes at birth and I have taken good care of myself. Who does not want to hear a compliment? But I do not dwell on it. I know there has been talk for years – who would you prefer, Mary Ann or Ginger? I heard it then and I hear it now. Of course, it pleases me that so many people pick Mary Ann!

What changes in show business stand out for you since your early days in Hollywood?
The end of the studio system in films and the ending of the dominance of the three networks in television (CBS, NBC, ABC). Back then, when you were a hit on television, forty million people saw your work. Today, one is lucky if five million see them. Many more choices, but much less viewership per show.

What advice do you have for young comedians trying to make it in the entertainment industry?
Learn how to be a professional. Be prepared to work very hard. Don’t be afraid that they won’t laugh. That’s how you learn. The only failure is not trying. Also, be on time and be dependable!

You run, Wishing Wells Collections, making clothing for people with limited mobility and the founder of the Idaho Film and Television Institute, a not-for-profit educational organization. Also, you organized SpudFest, a regional annual family movie festival and have been the chairwoman of the Terry Lee Wells Foundation. What other causes and charities are important to you?
Obviously, the upcoming Palm Springs International Comedy Festival, or I wouldn’t be going!

Tell me a secret-a good one!
If the Professor and I had both been single when we made Gilligan’s Island, their story would have ended much differently!!