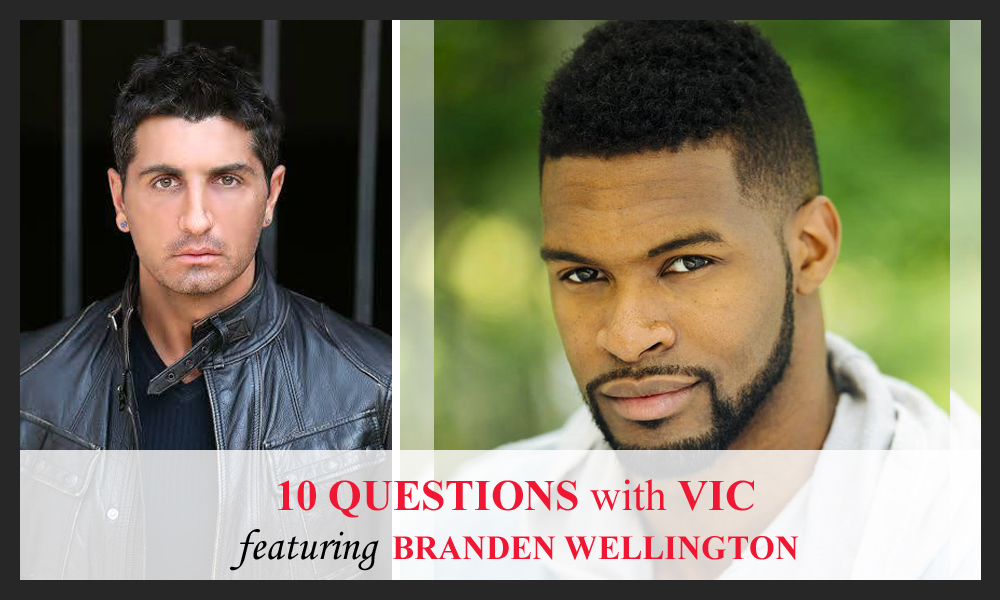 Emmy Award winning writer, New York Met’s in-game host, and Jarod Young on Netflix’s hit show Orange is the New Black… Branden Wellington’s talents and accomplishments are vast, diverse and he is just getting started. From sports-writing to poetry, playing a tough-guy on TV to writing a pilot, this self-proclaimed introvert is not letting that get in the way while he is busy with multiple projects.

You are an accomplished actor on a hit show, Orange is the New Black and have won an Emmy Award for writing. Which do you enjoy doing more, acting or writing?
I enjoy writing more; it helps me organize my every day creative thoughts and feelings. There is an incomparable joy in creating art out of thin air.

You have written and starred in several spoken-word poetry projects for the NBA. Tell me about that.
The advice I would give to young actors starting in the entertainment industry is to focus and be consistent when working on your craft. If you are not currently booked on something, take a class, write, film your own videos, read scripts, and see plays. Keep your creative energy flowing and enjoy the journey. The goal in your auditions should be to win the room. Be mentally prepared, they may not book you, so instead make your goal to win the room and audition well. If you keep furthering yourself to pursue your dreams, you will eventually win.

What’s new on your play list?
Some new music on my playlist is Childish Gambino’s Summer Pack. They are both laid back singles that instantly evoke good vibes. I am also listening to a song by Alexis Renee Called “We Miss You Ye” which is an open letter to Kanye West with a nostalgic undertone about missing the Kanye West the world first fell in love with.

Who are a few directors and/or actors that you would like to work with?
A director I would like to work with is Ryan Coogler! Since he came into the scene, all of his films have been a MUST see. He has a way of stylistically personalizing big picture narratives to make you feel like your living in the world he has created on the screen. A personal dream of mine would be, a buddy comedy with my best friend Ser’Darius Blain. We started on this journey together in acting school and it would be an honor to work with him to bring our story full circle.

Tell me about your fans. Do you have any interesting stories?
One of my favorite fans is Emily Ruth, a college student and a photographer! She has been a supporter since my first show on The Travel Channel. When she first became a fan, I would share my personal advice on life whenever she had questions for me!

Can you share something about yourself that your fans don’t know already?
Beyond poetry, I’m pretty good at rapping with a few songs tucked away.

What is your favorite charity or cause?
My favorite cause is Hope + Future Foundation located in New Jersey. “Hope + Future provides afterschool health and wellness programs in a safe environment with highly qualified instructors. By working with teachers and school administration, Hope + Future is able to track the attendance, grades and disciplinary action of the kids in the programs.”

Which living person do you most admire?
I admire Lebron James because he has used his platform to help build the inner-city Akron, OH and promote education as a way to advance. He hasn’t allowed critics to keep silent on issues that are prevalent to black America and America as a whole. He serves as an inspiring blueprint on how to live life, by loving his family, elevating his friends, and strengthening the community around him.

What other project(s) do you have coming up?
I’m currently working on a spoken word broadcast open for the United Men’s national Soccer team called, The Future Is Us. It covers a young team’s journey on the rise to becoming world champions in the near future. I had the pleasure of performing it live during their recent matchup against Peru and became the first spoken word artist to perform at a professional soccer event, it was a huge honor.

I am also starring in a pilot that is in development called Payroll written and created by Dennis Williams from Campsite Studios and Funny or Die. It is about three friends from New York who drop everything to launch the largest festival the culture has ever seen. It is essentially a story about brotherhood and entrepreneurship meeting at the crossroads of music, film, and technology.

Tell me a secret, and it better be a good one!
Let’s keep secrets secret. Shhh…

RELATED:
– Hollywood’s Sexual Predators Remind Us Of A Scary Reality